Forza 4 does not include weather effects or night racing 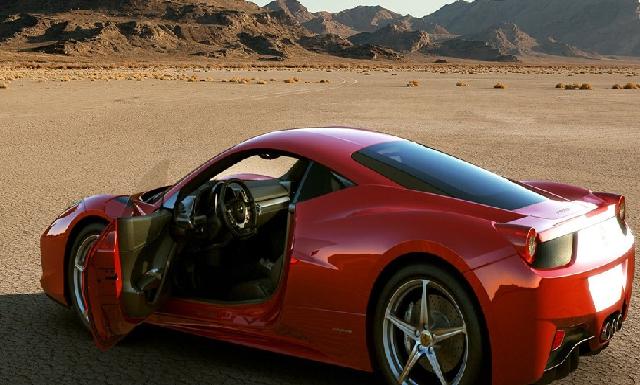 Dan Greenwalt, in an interview revealed a lot of things about Forza 4 and he explained why Forza 4 does not have weather effects and night racing. He mentioned that most of the work has gone into making image based lighting model (IBL). However, Forza 4 does include alternate time of the day for a small number of environments.

This is what Greenwalt had to say,

“For Forza 4, the majority of our graphical investment went into our new image-based lighting (IBL) model, as well as new material shaders, which give our cars and tracks such a realistic, detailed look. With IBL, supporting the general look of night is not particularly hard.”

“However, we take frame rate pretty seriously—we believe that having a solid 60 frames per second (FPS) experience with no tearing is very important for a simulation racing game. Delivering night is about more than just getting the general look right. As we found on the original Forza Motorsport, having multiple headlight projections with multiple cast shadows is computationally heavy—even using clever tricks like we did on the less powerful original Xbox platform. This makes delivering a strong night racing experience very difficult at 60 FPS without significant compromise.”

“Creating believable weather effects also depends upon gobs of particles and lots of shiny, reflective surfaces. There are several tricks for doing this, but it would still have made delivering the new graphical fidelity of FM4 at a solid 60 FPS nearly impossible in our development timeframe.”

He mentions that they could have done something to include weather and other effects.

“If we cut down on the number of cars on track, used original Xbox-generation car models, dropped to 30 FPS, or (and this would be the most effective solution) built specific tracks from the ground-up to have less detail and thus extra performance headroom, then night racing and/or weather conditions may have been possible.”

“Some of those trade-offs, we just were not willing to do. Others would require time that we used to develop other features in the game—specifically, the new graphical look of the game in general. Night and weather are features we will continue to evaluate as the franchise continues. We’re waiting for the right time to deliver these features to our fans.”

You can check out the entire interview here.