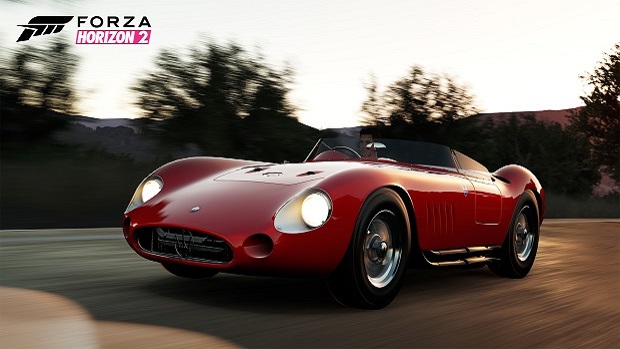 The fantastic new Xbox One racer Forza Horizon 2 has received its first Car Pack and brought with it some rather nice little additions to the game, not to mention a racing classic.

If you’re one of the many gamers that owns the Car Pass then you get the update completely free of charge. Everyone else must bite the bullet and shell out $5 for the expansion to their racing roster. Oh and if you pick it up this month you even get an extra vehicle chucked in for free, a 1988 BMW M5.

What other racing machines are you getting for your hard earned five bucks then? You’ll get the 2015 Jaguar F-Type R Coupe, 2014 Jeep Grand Cherokee SRT, 2013 Renault Clio RS 200, the 1988 Volkswagen Scirocco 16v and the classic little racer, the 1957 Maserati 300 S which you can see pictured above.

Forza Horizon 2 is currently available for Xbox One and Xbox 360. How are you finding it thus far? Let us know in the comments.