Fueled Up Is All About Co-op Action In Space, Releases 2022

Developer and publisher Fireline Games' latest is all about Overcooked-styled co-op gameplay set against the backdrop of space. 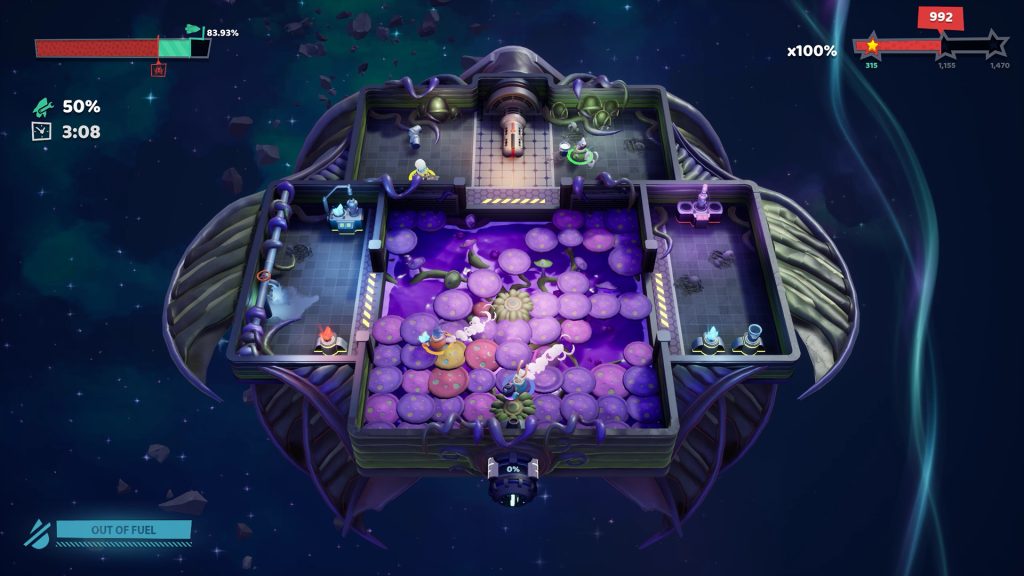 Developer and publisher Fireline Games has unveiled its latest project, a co-op game by the name of Fueled Up. Check out the announcement trailer down below.

Set against the endless void that is space, Fueled Up sees players participating in some friendly co-op action to ensure their survival on a crumbling spaceship. Players have to complete a number of chores spread throughout the ship’s premises as quickly as possible – else an evil octopus will get a hold of the vessel.

It works very similarly to Ghost Town Games’ Overcooked games, as creative level designs practically force players to split up the many different duties amongst the team. Fueled Up can be played in a group of up to 4 players, and there is support for both local and online co-op.

The game doesn’t have a concrete release date at this point in time, but it is aiming for a 2022 release as per its Steam listing. Fueled Up releases for Xbox One, PS4, Nintendo Switch, and PC.