Expect new information every Monday, Wednesday and Friday till the game launches. 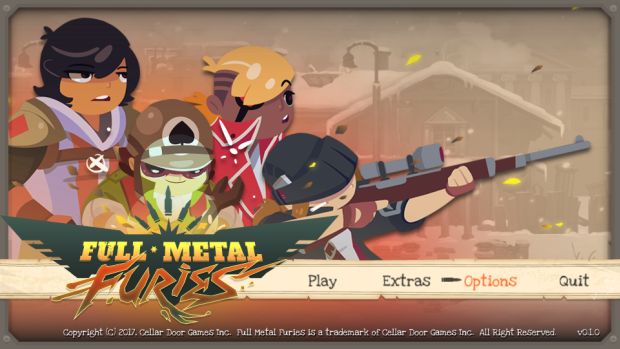 Cellar Door Games, developer of the amazing Metroidvania/rogue-lite title Rogue Legacy, has been rather quiet since debuting its newest upcoming game Full Metal Furies. The initial announcement came in May and we’ve heard next to nothing about it since then. It’s still scheduled for 2017 though – could Full Metal Furies possibly slip into next year?

That doesn’t seem to be the case just yet. The developer announced on Steam that Full Metal Furies was “almost done” and described it as “massive” in all caps. To that end, fans can expect new information on the game to be shared at 12:30 PM EST on every Monday, Wednesday and Friday until it launches. This seems to include “videos, comics and more”.

A release date is still missing but at least Cellar Door is getting closer to release. Full Metal Furies is also releasing for Xbox One and Windows 10 alongside Steam for those that are interested.