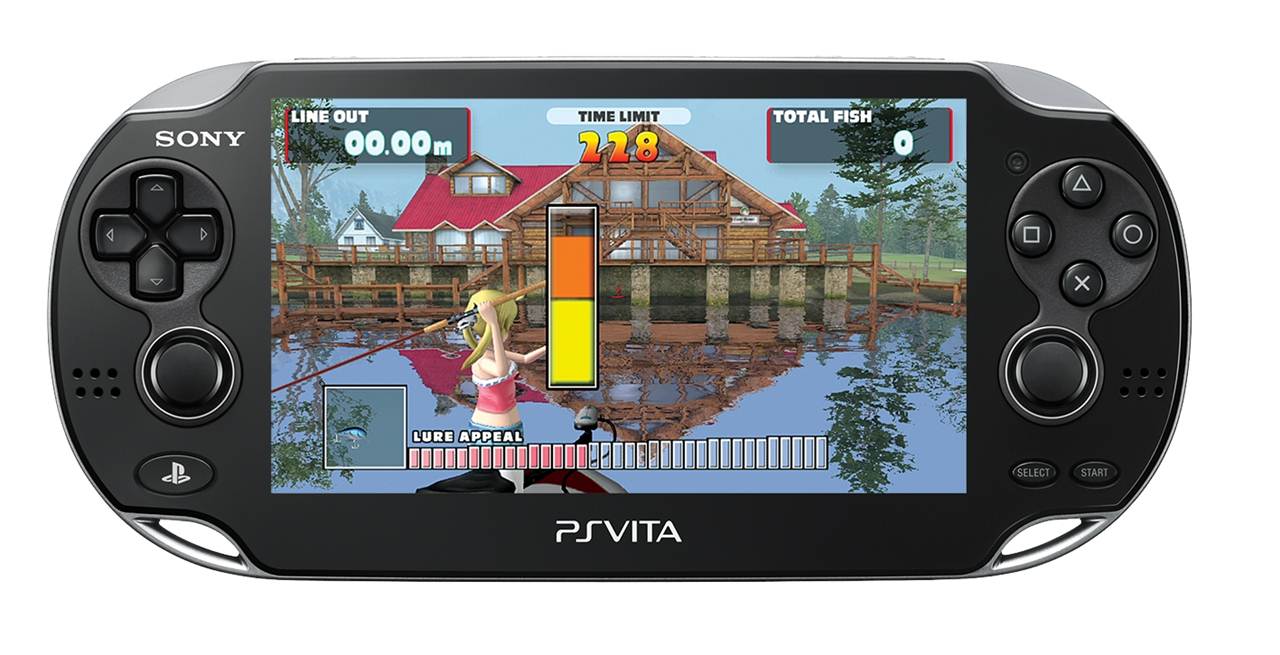 The game’s got a full story mode, arcade modes, but there’s no word on online yet.

Leo Zullo, Managing Director of Wired Productions said, “We’re extremely excited to be working with such a renowned developer, SIMS, on a first of its kind game for PlayStation Vita.  Taking Let’s Fish! Hooked On to gamers worldwide is an integral part of our expansion into console publishing.”

Here’re some details on the game as given by the devs:

The game is split into four different game modes, World Tour – with its character driven story line, Challenge – quick short-bursts of fishing action and online ranking, Training – to help develop your skills, and Underwater Mode, which lets you view your prized catches, all of which are designed to make use of the PlayStation® Vita’s impressive features.

The intertwining, and often humorous relationship between the games characters, drives the story as you see just how much fun fishing can be using the PlayStation® Vita’s touchscreen and rear touch pad.

For more hardcore fishing fans there are nine different kinds of fish to catch – including four different kinds of Bass, Trout and Salmon – and 240 lures to earn across 11 themed outdoor stages, furthermore, the game’s intuitive controls mean it’s fast and fun to play and has more than enough to keep you entertained, whether you know your Rainbow Trout from your King Salmon, or not.