Daniel Winkler – creative director and CEO of IguanaBee – speaks with GamingBolt about the G.I. Joe shooter.

The G.I. Joe brand needs no introduction, but as far as video games are concerned, it hasn’t really permeated the mainstream. Recently, developers IguanaBee and Fair Play Labs released G.I. Joe: Operation Blackout, a game that lets players step into the shoes of various characters from across the G.I. Joe universe, offering both single player and multiplayer gameplay. To learn more about the game, its post launch plans, and other things, we recently reached out to the game’s developers. You can read our interview with creative director and CEO of IguanaBee Daniel Winkler below. 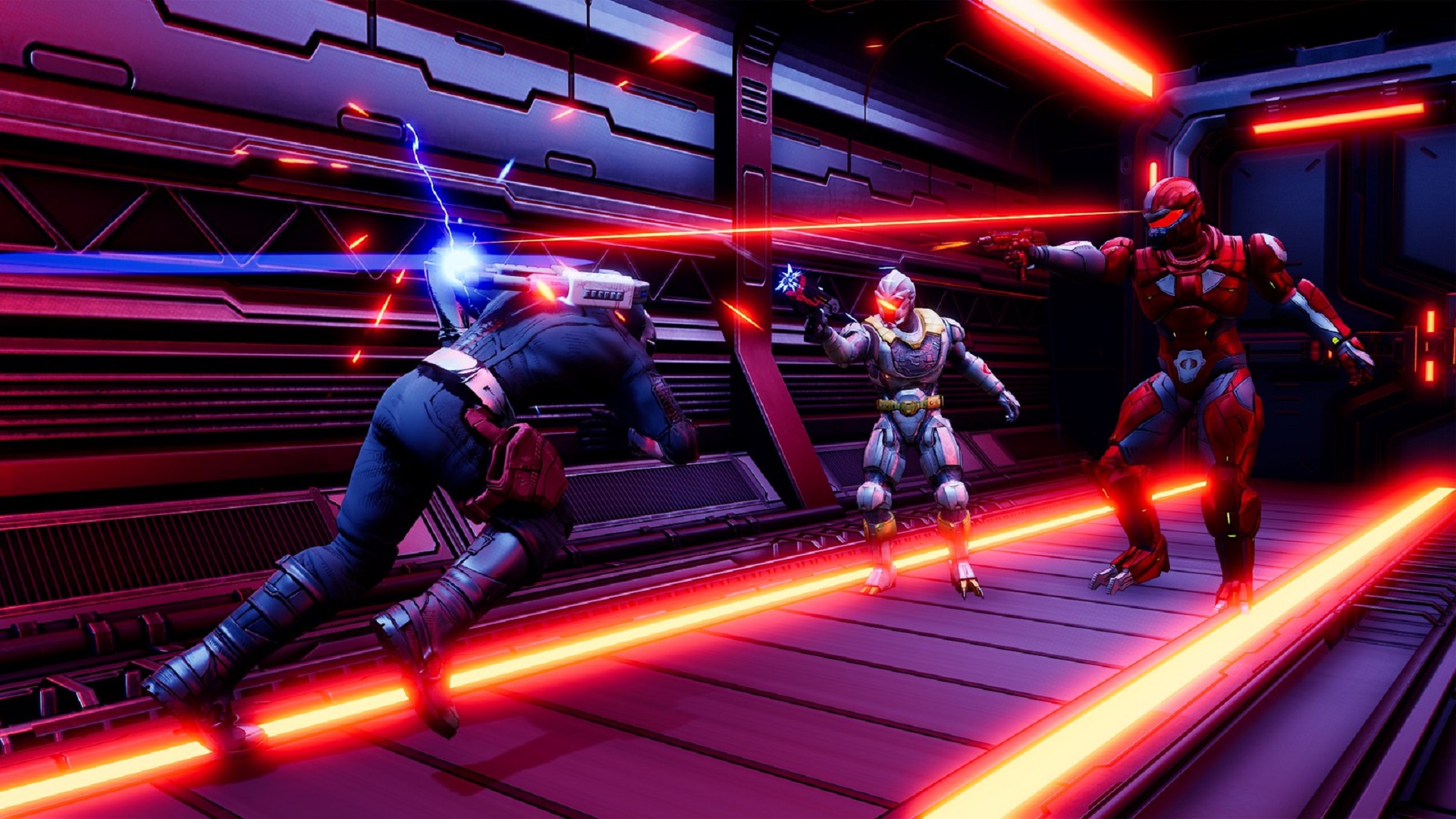 "Playing as G.I. Joe and Cobra was a critical design element from the start. Even though Cobra are the bad guys, fans enjoy the Cobra characters just as much as G.I. Joe."

The idea of being able to play as characters from both sides is an interesting one. What led to the decision to give players that option, and what sort of an impact does that have on the story and mission variety?

Playing as G.I. Joe and Cobra was a critical design element from the start. Even though Cobra are the bad guys, fans enjoy the Cobra characters just as much as G.I. Joe. When playing with G.I. Joe action figures, we actively create stories for both Cobra and G.I. Joe, imagining elaborate plot lines for not just Roadblock and Duke, but also Storm Shadow and Cobra Commander.

The story potential this opened up was huge! We were able to offer an entirely different set of characters, each with their own play style. This really adds depth and variety to the game.

It also allowed us to explore Cobra in the story. In the animated series and comic books, Cobra was often shown fighting among themselves. Whether it was Destro or Baroness or Zartan, Cobra members were not always as loyal to Cobra Commander as portrayed themselves. It was fun to develop this with the story.

With a dozen playable characters, can you talk to use how much they differ from each other in terms of playing style and abilities?

This is a great question. Our goal was to create a robust roster of characters that each introduced unique play styles and abilities.At the foundation, is a class system. Each character falls into one of five classes: Soldier, Ninja, Heavy, Skirmish, and Support. Within each class, each character has a unique set of attacks and Ultimates.

For example, Snake Eyes are Storm Shadow both Ninja class. Their strengths are mobility and high damage in close combat. Zartan, on the other hand, is Skirmish class. He works best when eliminating enemies one by one in the most efficient manner. Then you have a character like Roadblock, a Heavy. He is big and tough, almost like a human tank with automatic fire that suppress a large number of enemies. All characters have their strengths and weaknesses, and fun to play for different reasons.

What can you tell us about the weapons players will have access to in the game and what sort of variety they will bring to the table?

We also feature secondary weapons that help supplement each character’s offensive option. Secondary weapons are shared so can be used by any character. This encourages players to find their preferred mix. These weapons include Shotguns, Pistols, Sniper Rifles, Assault Rifles and SMGs. 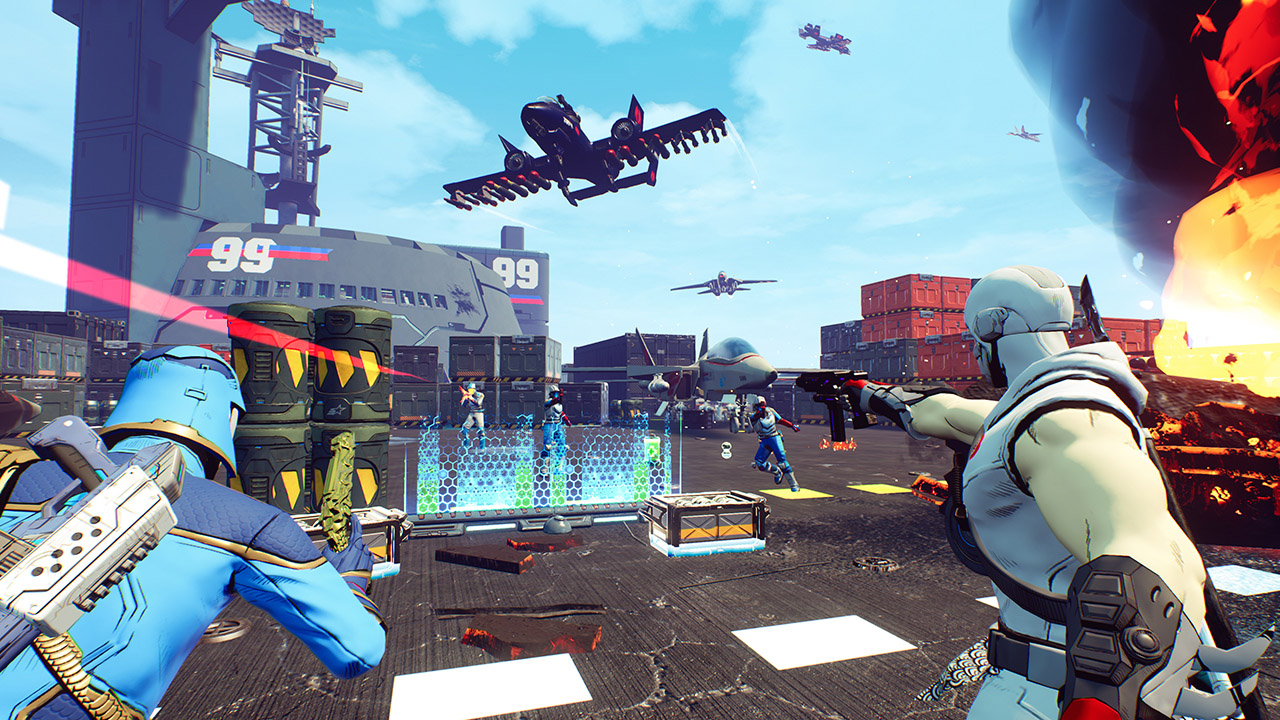 "You can play with any character and have a shot at winning, but some characters will have a far easier (or harder) time in some situations."

How do the various character abilities and weapons impact Operation Blackout’s multiplayer modes?

You can play with any character and have a shot at winning, but some characters will have a far easier (or harder) time in some situations. For example, you may choose Snake Eyes for a Capture the Flag for his speed, but Destro or Zartan could really tough to run against. While on the other hand, for a King of the Hill, Destro may look like the perfect match, but Lady Jaye’s ultimate can be great in these dense situations.

The key is to adapt to the situation because there is no one solution that works.

What was behind the decision to keep the multiplayer modes to a maximum of four players?

One of the first pillars of the game was to create an awesome local multiplayer experience. Some of our best memories have been next to our friends and siblings playing games in local co-op. We felt that nothing compares to laughing alongside with your friend solving problems together and celebrating beating a level together, or bragging about beating your friend.

Given the game’s multiplayer component, are you considering adding more characters, weapons, maps, or modes to it after launch?

Yes! This is definitely a consideration, and we want to hear from the fans what they want to see in the game. G.I. Joe has a massive universe and lore full of characters and environments we can add to the game. We also can’t wait to hear what modes and weapons consumers want to play.

How much depth and variety can players expect from the cosmetic customization options in the game?

We wanted to have fun with this, so added alternative skins for characters and weapons that players are going to unlock as they progress through the game. It’s really fun seeing you favorite character in winter gear, and we were even able to add some fun outfits. Hasbro was a great partner for this. If fans want more in the game, we want to hear it. 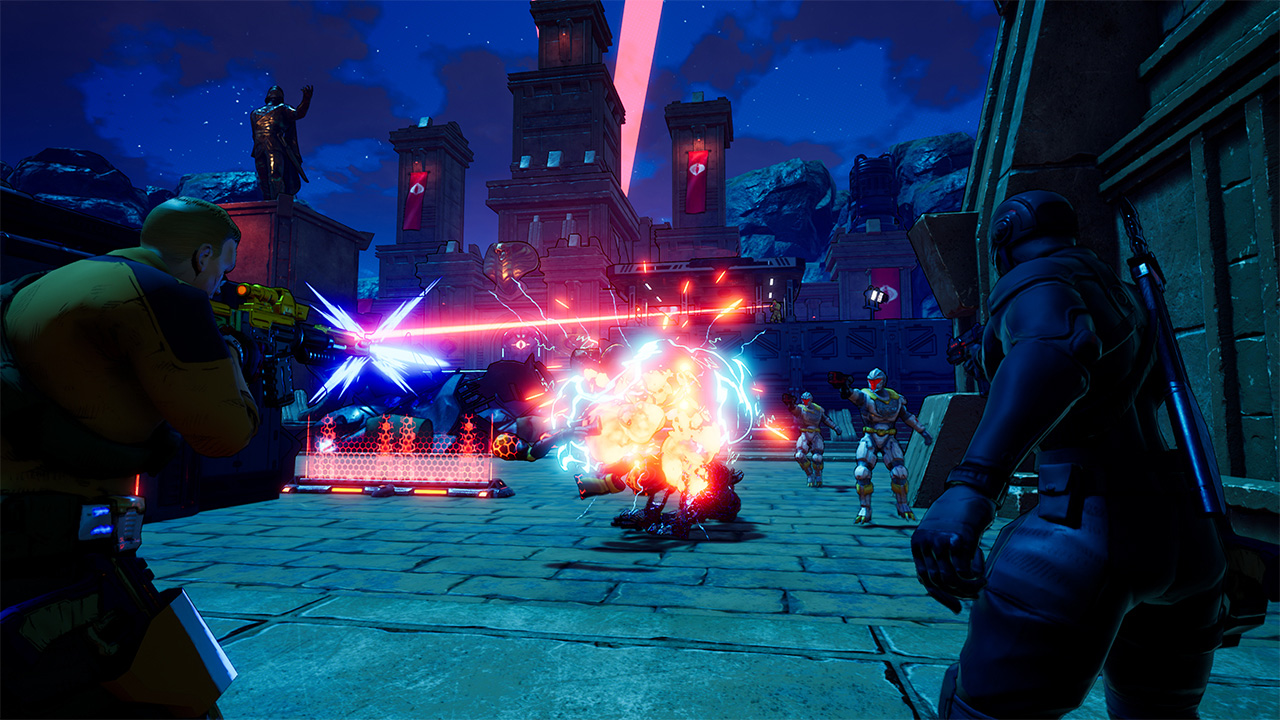 "G.I. Joe has a massive universe and lore full of characters and environments we can add to the game. We also can’t wait to hear what modes and weapons consumers want to play."

Roughly how long will an average playthrough of G.I. Joe: Operation Blackout’s campaign be?

In the Campaign Mode, players will play through 17 missions with a full story. We wanted to bring to life a story that fans of G.I. Joe will love, as if G.I. Joe Operation Blackout was a lost classic storyline of the series. Depending on the difficulty modes players choose, we have seen in our playtest that a first time play through is about 8 hours of gameplay. It can be much longer for the completionist that will complete all the secondary objectives. And of course, there is the multiplayer mode, and I can tell you from personal experience, our team is still having fun with this.