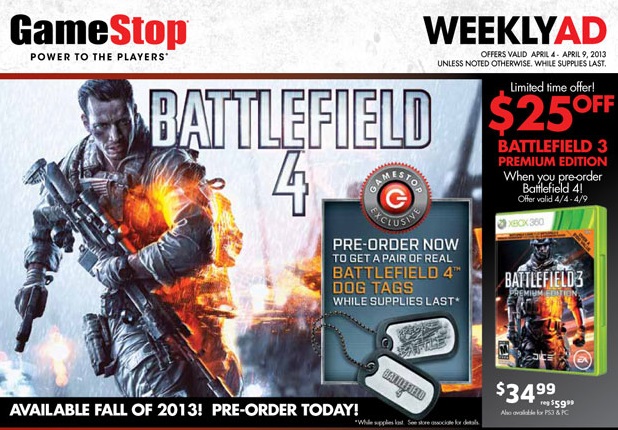 Gamestop has a new offer for Battlefield 4 where upon preordering the game you can get a $25 off on Battlefield 3 premium edition. This looks like a limited time offer and we aren’t sure whether other retailers are having the same promotion.

You will also get a pair of real dog tags upon preordering the game. Battlefield 4 was revealed last month and we have ton of information on the game.

There was a 17 minute footage revealed for the game as well which shows a lot of scripted scenes from the game. The visuals look spectacular as expected as well.

The game was running at 3k resolution and at 60 fps and on an AMD card.

You can preorder the game here. Battlefield fans should no doubt be having the Battlefield 3 as well, so this offer is mostly beneficial for people who haven’t played it before.