The Coalition have spoken in the past about how Gears 5 will be the biggest and most beautiful game they’ve ever created, and how the sequel is also looking to change things up for the franchise considerably. Now, if details emerging from a new leak are anything to go by, it looks like that’s going to be quite accurate.

What seems to be an official Microsoft document detailing various Gears 5 details seems to have leaked online (originally spotted by known Xbox insider Klobrille on ResetEra)- and there’s some pretty interesting stuff in there. For starters, it mentions a journey across “the biggest, most beautiful Gears world”, with one of the key selling points for the game being the exploration of Sera. There’s mention of skimming across glaciers, sailing over deserts, and descending into sunken ruins “to discover the largest and most diverse Gears world ever created”.

What’s even more interesting is that the document mentions that Gears 5 will be running at 4K and 60 FPS, and will support HDR. To be clear, it doesn’t say there will be options for either a higher resolution or a higher frame rate- it seems to imply that both will be delivered together, which is certainly an exciting prospect. Take a look at an excerpt of the document in the image below.

With all that said, it’s best to take all this with a grain of salt for now. There’s no knowing if this is indeed an official Microsoft document, and not just a very elaborate fake. Some of the information in here lines up with what we know of the game already, but until such time Microsoft confirms this stuff to be true, treat it as an unverified rumour.

Recently, there was another leak that may have revealed the game’s release date and what it’s cover art will look like. Read more on that through here. With E3 right around the corner, we’ll probably find out soon enough if all this is accurate or not, so stay tuned. 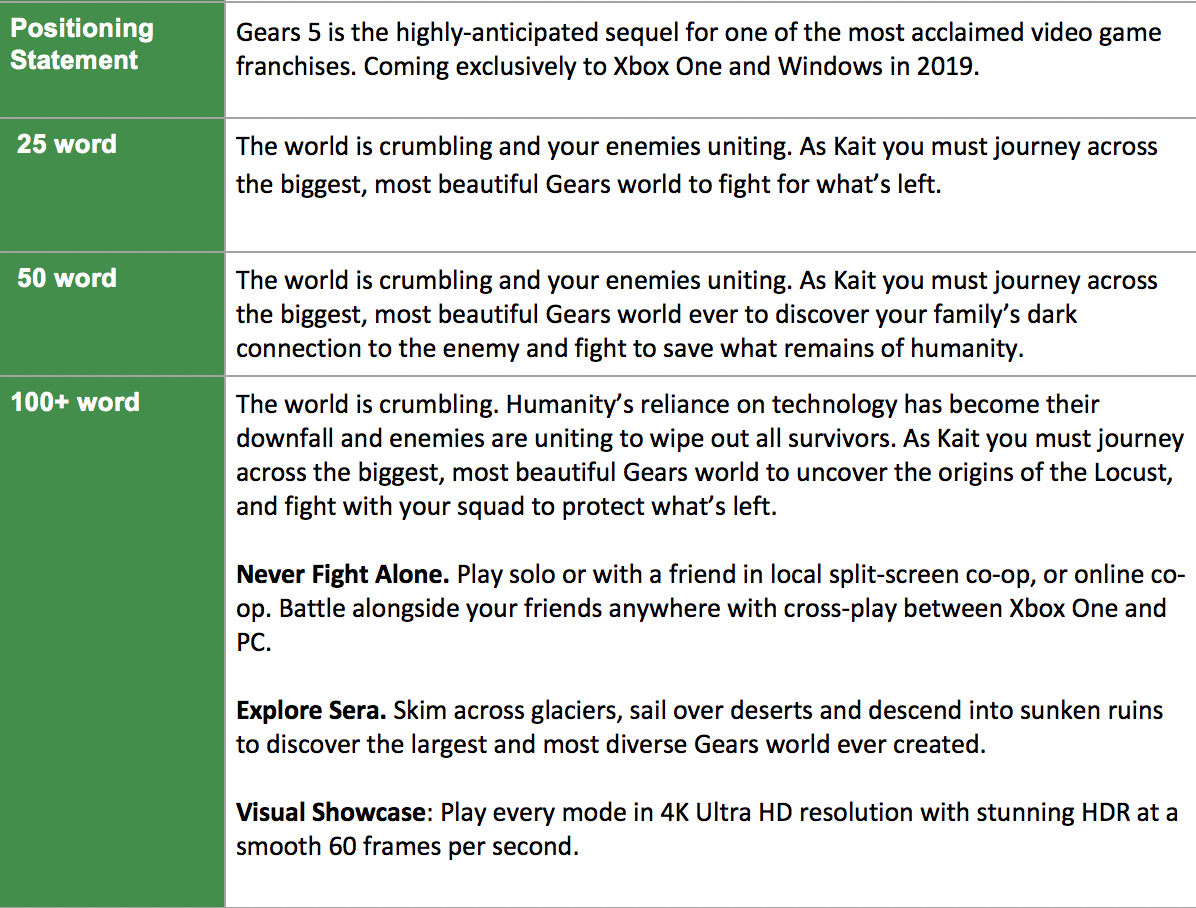