The next installment in the Gears of War franchise, Gears 5, is dropping half of the title, and it looks like it’ll also definitely be dropping later this year. There’s been surprisingly little talk about the game since its initial announcement, making some wonder if maybe it is actually a bit further off than expected. Well, it seems ahead of tomorrow, we got some assurance it will be out this year.

E3 has officially kicked off and Microsoft’s conference is tomorrow. We know that Gears 5 will be there. Outside the LA Convention Center where the event is taking place is a giant banner for the game. It doesn’t spoil the exact date, but confirms that the game will release Fall 2019. You can see it below (via GameSpot).

Gears 5 is slated to come out this year for Xbox One and PC. It will also be out on Steam as part of a wave of new games that Microsoft is allowing on the storefront. It’s very likely we’ll get an exact date for the game at Microsoft’s conference tomorrow, so stay tuned. 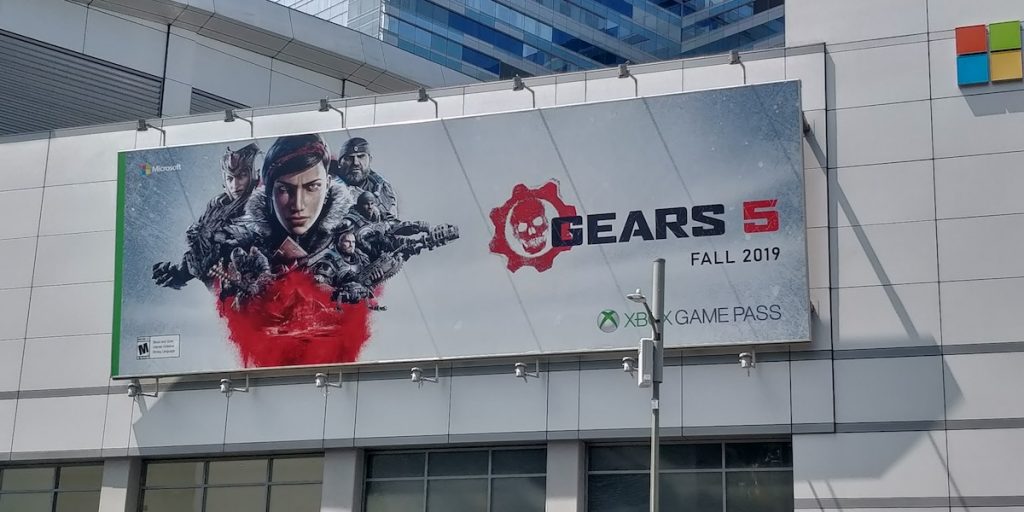