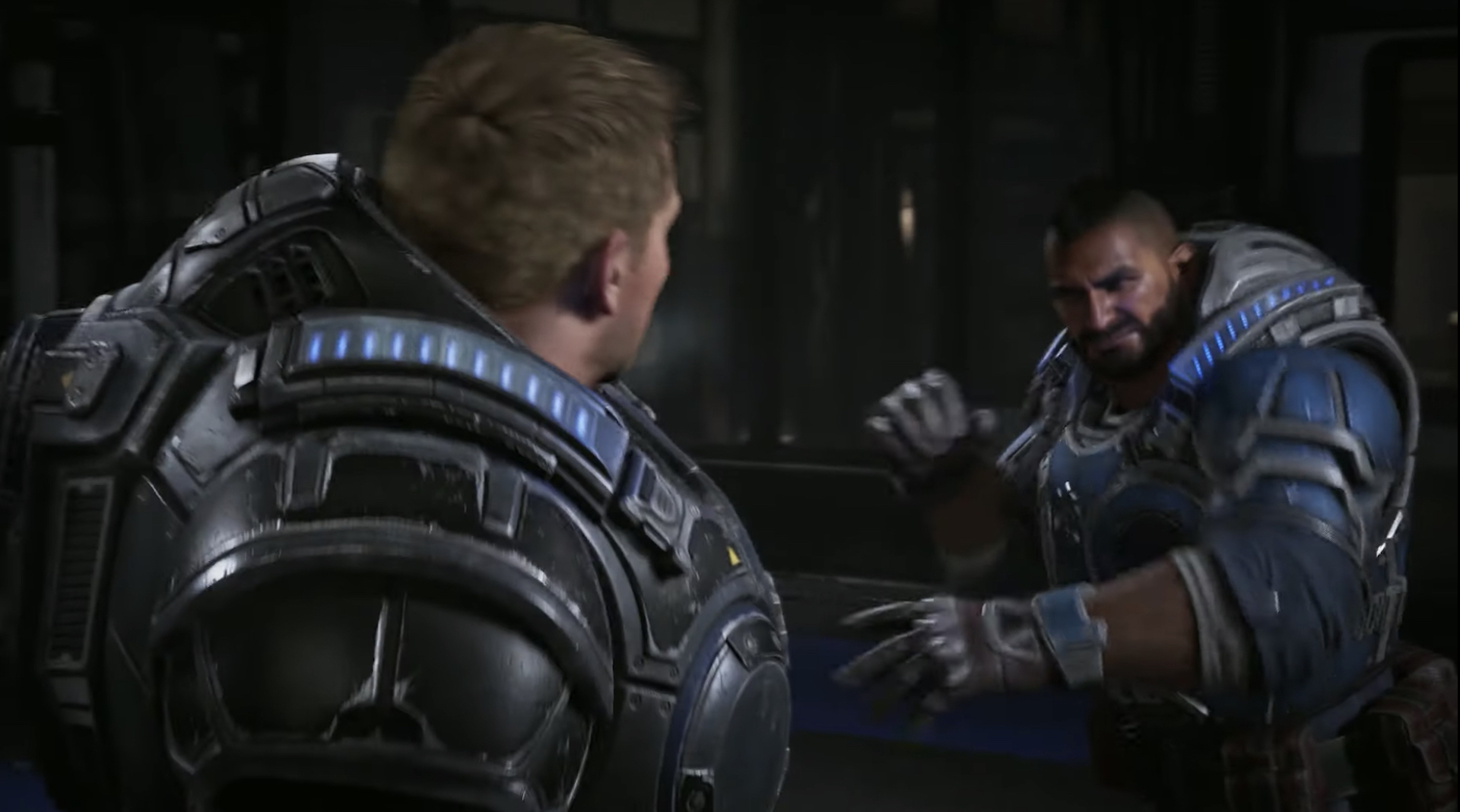 Gears 5 had a disappointing E3, with Microsoft choosing, bafflingly enough, to show absolutely new gameplay from its campaign (even with its launch date drawing closer), choosing to talk about multiplayer only, and not even showing gameplay footage for that. That said, we do have one more new trailer to look at to whet our appetites.

The trailer introduces a new character, named Fahz, played by Rahul Kohli. Fahz is clearly a hothead, and a bit too prickly. The trailer shows JD, Kait, and Del meeting with him while he spars with a robot, him getting pissed at something JD said, and then the two of them getting into a sparring match of their own. It also looks like this a flashback sequence, but with us having next to no knowledge of Gears 5’s campaign still, there’s no way to be sure. Take a look below.

At E3, Microsoft did reveal some new information about Gears 5- specifically, about its new multiplayer experience, called Escape. Read more on that through here.

Gears 5 launches on September 10 for the Xbox One and PC. Microsoft have confirmed that it will run at 4K and at 60 frames per second on the Xbox One X.