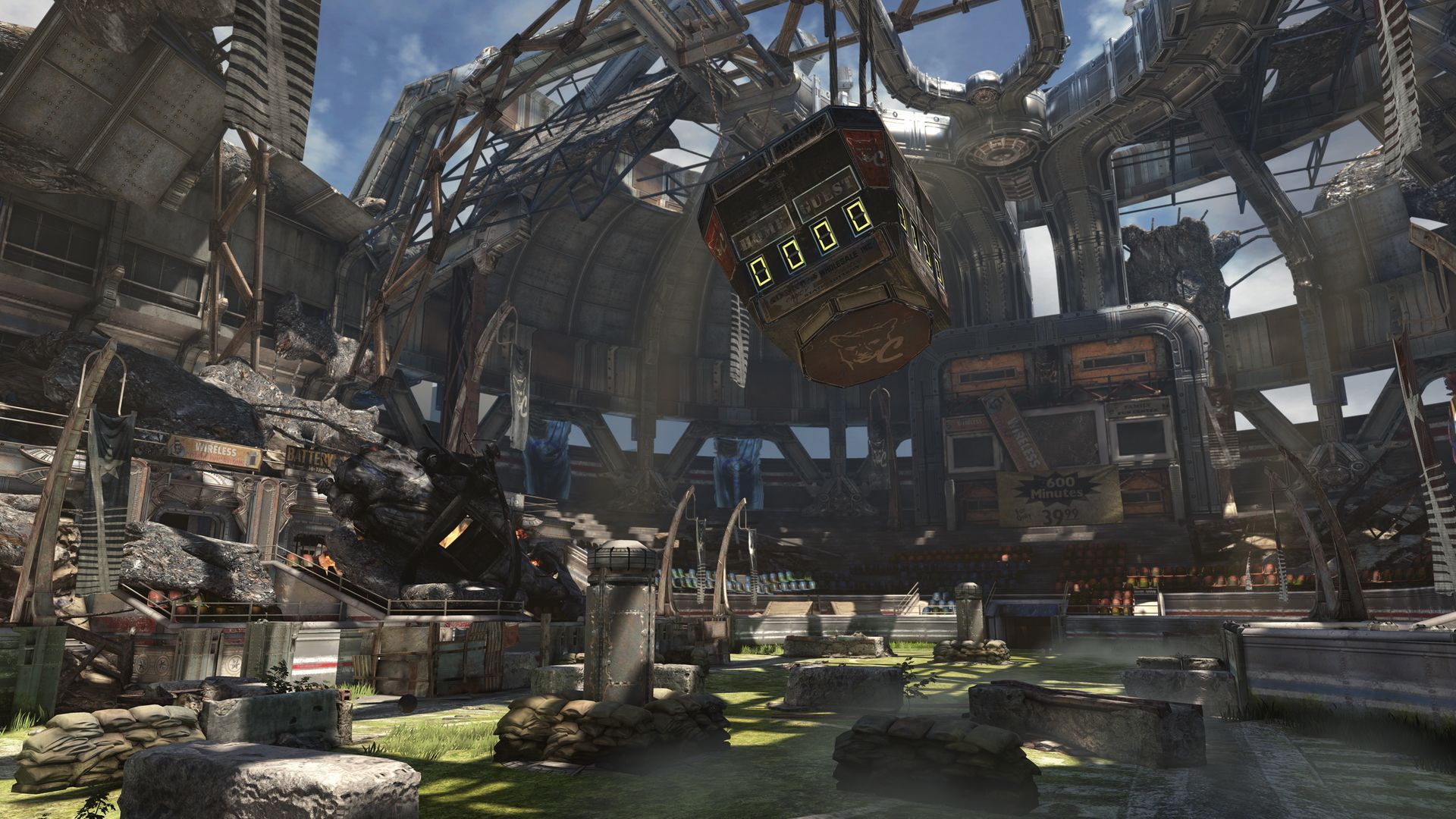 In case you have been living under a rock, the Gears of War Beta starts this April in an effort to make the game a bug and glitch free release.  Two maps in the beta are already set and confirmed to be in it but there are some that people got to choose to be in the beta.  There will be three maps in the beta, one being ‘Thrashball’, a sport arena in which Cole was a star player in, another being ‘Checkout’ which is a close quarters supermarket map and the third map was to be voted on.  The choices were between four different maps which were Mercy, Old Town, Trenches and Overpass.  They were voted on the Official Gears of War 3 Facebook Page which of course you can view a gallery of the 4 maps.  In ‘Overpass’, the map actual starts sinking underground as the round goes on and water starts filling the streets. On ‘Trenches’ a sandstorm comes in from time to time and makes everything impossible to see in front of you for a few minutes.  All the maps are creative in their own sense so I would be happy with any of them.  It looks like Trenches and Old Town were the most voted on.  So maybe they will both be in the beta. Bulletstorm owners get an early start on the beta on April 18th while everyone else who pre-orders Gears of War 3 get to play stating April 25th, with the beta carrying over exclusive unlocks into Gears of War 3 when it comes out on September 20th for the Xbox 360.  More info on the beta here.

If that link doesn’t do it for you here is the latest on the Gears of War 3 beta and all its unlocks, carry overs and more.

Enlist in the most explosive gaming event of the spring: the Gears of War 3 Multiplayer Beta!

Get into the Beta by preordering Gears of War 3 through select retailers. The Beta begins April 25 and ends May 15.

For those of you who purchased the Bulletstorm Epic Edition (on Xbox 360 only), you get early access to the Beta, beginning April 18.

Three new multiplayer modes and four exclusive maps will be rolled out during the Beta period — all running on dedicated servers. This is your chance to help shape the most anticipated game of 2011.

In the Beta you can play Team Deathmatch mode on the four new maps (Thrashball, Checkout, Trenches, and Old Town); Capture the Leader and King of the Hill gameplay modes will be added later in the Beta period. Also, be sure to look out for a surprise event weekend that you won’t want to miss.

Not only will you get an early taste of the final chapter in this blockbuster trilogy, but you’ll also have access to exclusive content that you can permanently unlock and carry over to your Gears of War 3 gamer profile when the retail game launches on September 20.