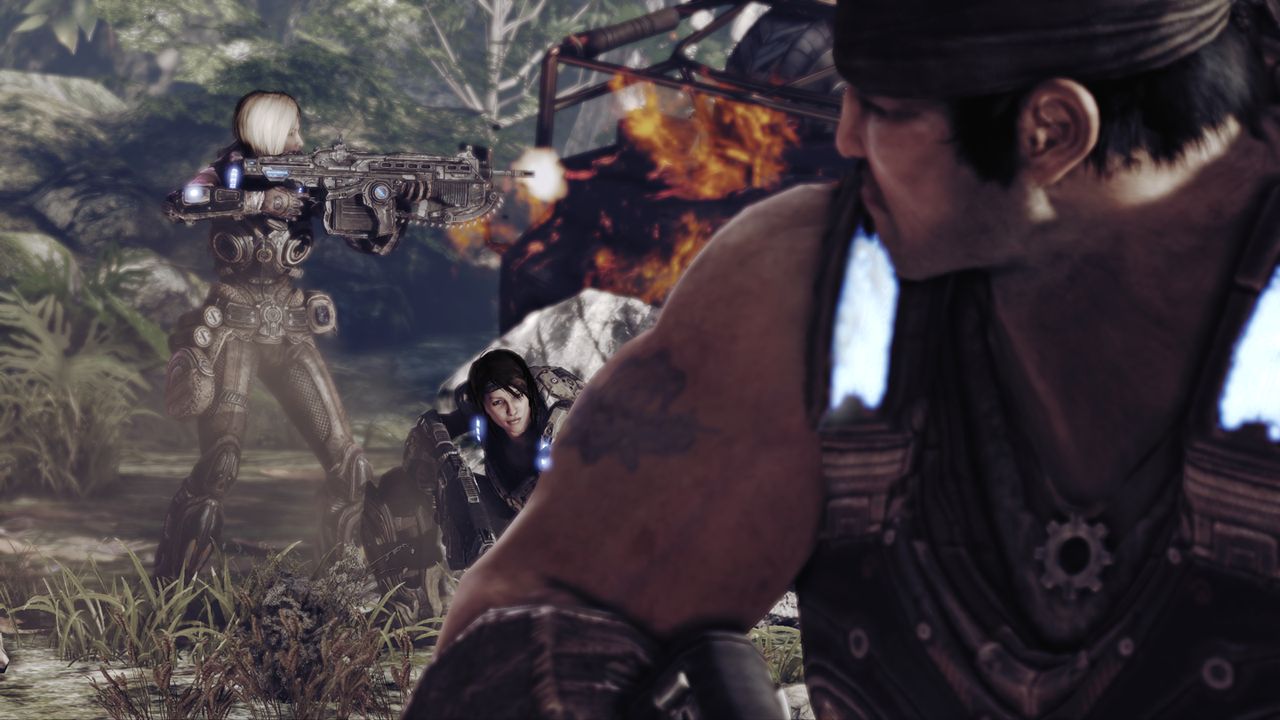 Cliff Bleszinski design director over at EPIC Games, tweeted that Gears of War 3 will feature “special unlocks” for fans of other EPIC Games. These “special unlocks” will be related to games such as Unreal Tournament 3, Bulletstorm (releasing in February), Shadow Complex and even the iOS game Infinity Blade(iPod/iPad/iPhone). Bullestorm is being co-developed by ‘People Can Fly’ and Shadow Complex as well as Infinity Blade were co-created by Chair Entertainment but still brand the EPIC name on them. Cliff said you don’t need to own any of these game and that “Everybody gets the content”. While those unfamiliar with other EPIC Games with just unlock things, those who are fans of the EPIC franchise of game will get the link between the unlock and what game it’s from.  Gears of War 3 will be released in the third quarter of 2011 for the Xbox 360.