Gears of War 4 Is Game Informer’s Cover in April

Finally, some new information on the game!

Though Microsoft and The Coalition announced and even showed off Gears of War 4 at E3 last year, the game still remains more or less a total enigma. The look we got at the game at E3 last year was for a game still early in development, and it was a very small vertical slice anyway- fans of the franchise have been eager to see how Microsoft plans to bring its defining third person shooter franchise into the next generation.

It appears as though answers to that question will be available far sooner than we would have otherwise expected them, because Game Informer have just taken the covers off of the, er, cover of their April issue. The cover story is Gears of War 4, and Game Informer will be reporting on not just the game and its mechanics and story, but also the studio The Coalition, which is a relatively new development house, after all.

Gears of War 4 is due out at the end of this year for Xbox One exclusively. 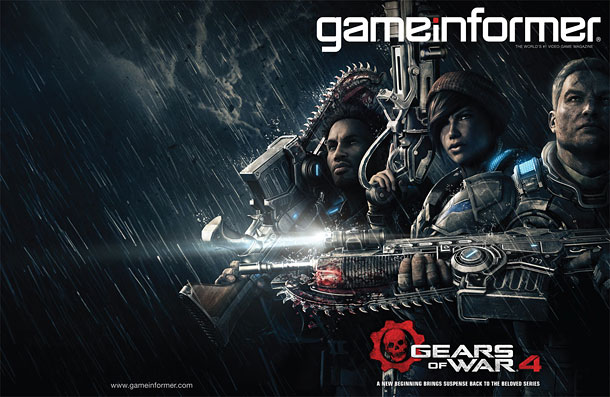