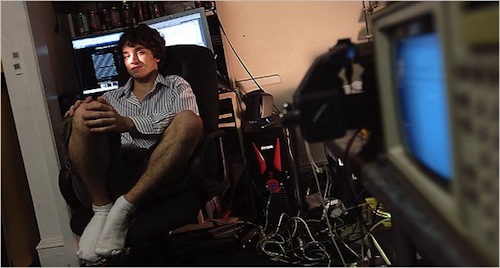 George Hotz aka Geohot was arrested in Texas after police found him in possession of Marijuana. He was headed to the annual SXSW conference.

Now, most of you may know Geohot; he’s the guy that hacked the PS3 and of course, jailbroke the iPhone in 2008. He is a successful guy and used to work for Google.

He joined Facebook after the PS3 fiasco and currently works there.

He apparently has a medical license in California, according to sources of Abovethelaw.com. Sniffer dogs near a border patrol checkpoint in Sierra Blanca alerted the cops and he was booked for felony and posted $1500 bail.

Sony has barred him from ever touching their products again. Tell us what you think in the comments section below.