Geomerics, a lighting technology company has announced that their lighting engine Enlighten is now available for Xbox One.

Enlighten is the lighting technology behind Battlefield 3, Need for Speed: The Run, Eve Online, Medal of Honor: Warfighter and the upcoming Dragon Age 3, XCOM: The Bureau, and Battlefield 4. 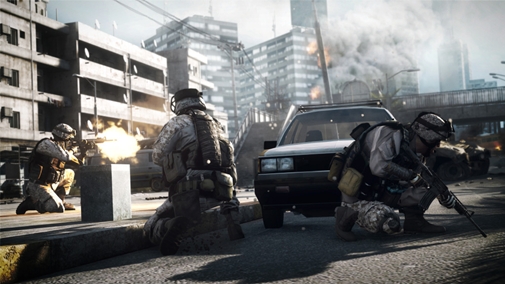 “We are delighted to be working on Xbox One,” said Geomerics’ founder Dr. Chris Doran.

“The hardware is perfectly balanced for a next generation console and a huge step forward from the current generation. Real-time global illumination was a big deal for games running on the current generation of hardware, but it required developers to make some compromises. With Xbox One, those days are behind us. We can finally unleash the full power of Enlighten, and allow game developers working on Xbox One games to bring far deeper levels of dynamism and quality to game lighting. We cannot wait to see what developers produce with Enlighten.”

VP Sales Rob Precious added: “The amount of interest from developers for Xbox One is huge. The next few months are going to be very exciting for us. We have seen what developers have been producing on Xbox One and are looking forward to publishers revealing details of some of the titles we have been working on.”

Stay tuned to GamingBolt for our continued coverage on Xbox One.