In an interview with Eurogamer,  Peter Molyneux, the (bald) guy behind the entire Fable series and the developer of the upcomng Kinect title, project Milo, admitted that he thinks it is “insanely tough” to convince people about the validity of his ideas. He says it is a “massive problem.”

“Where there’s still a huge problem – a massive problem I have – not so much with Fable because Fable’s a proven franchise now, but with this other thing we’re working on, and anything new I come up with, it’s getting people to see what you’re trying to do, what you’re trying to invent or create, before it’s actually done,” Bald Molyneux said. “That is insanely hard to do.” 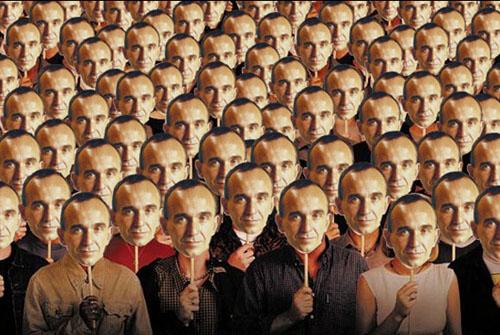 Wow, that's a lot of Molyneux's

“The best analogy is if I had invented the bicycle. Let’s say you’ve never seen a bicycle before, but you were funding me. I say, ‘I’ve taken all your money and I’ve invented this thing. You sit on this saddle and you balance on two wheels and you go 16 miles an hour, and it’s going to be the most universal mode of transport around the world’. You would look at me as if I was crazy.

“Even if you saw the bicycle, you’d still say, ‘No way am I going to go on one of those.’ It’s not until you sit and ride the bicycle that you realise this idea is going to work. So often with big ideas, whether they’re parts of a game, like in Fable III, or whether they’re entire games, it’s hard to get people to see the pictures in your head.”

Peter Molyneux is currently working on Fable III, which is due out this October on the Xbox 360 and the PC, and Preoject Milo, which has no official release date yet.