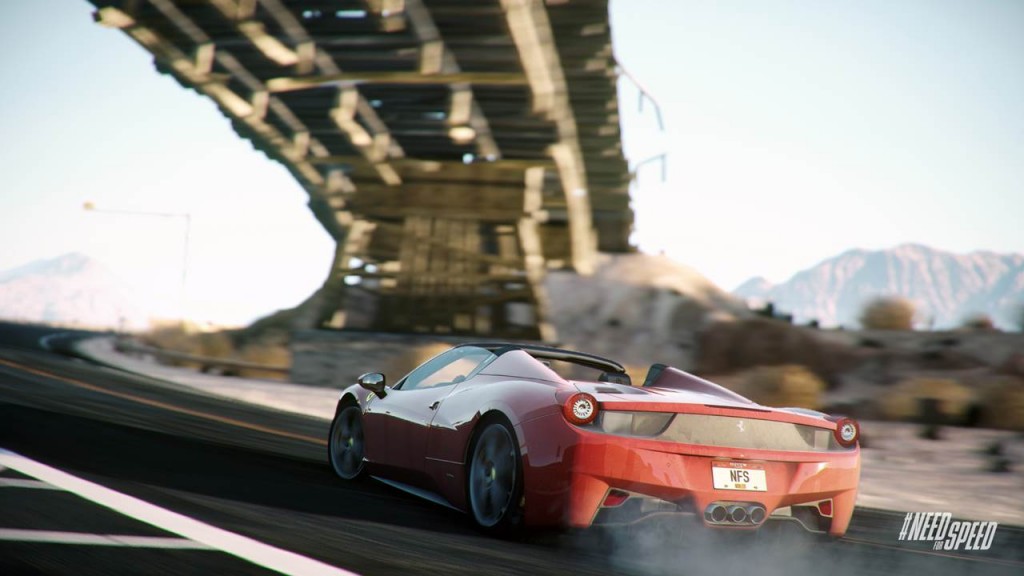 We asked about the differences between the PS4 and Xbox One versions, to which he replied: “The core experience is very similar across current gen and next gen because we are committed to pushing the boundaries of every console we work on. The power of next gen consoles allows for even stronger visual fidelity which you can see with Frostbite 3 and a more connected social experience that we’re delivering through AllDrive, the high stakes scoring system and Need for Speed Network,” he said.

“Need for Speed Network, allows us to extend the software experience beyond the console and onto the second screen via the PC, mobile or tablet devices. It allows players to geo-track their stats and leader boards and compare that with their friends. For the first time Autolog will track completion times for full groups of assignments/speedlists, in addition to individual races. Players can also see what’s happening in their racing world in real time by pulling up the game map on their PC or tablet device. In addition, through Overwatch, players can engage with the game from the web or while on the go on their tablet device. This new feature lets you help or hinder your friends by giving them a speed boost refill or taking them out by dropping a roadblock during their race.”