Posted By Shubhankar Parijat | On 14th, May. 2020 Under Article, Feature

Sony recently dropped a massive gameplay demonstration of Ghost of Tsushima, showcasing the biggest and most detailed look we’ve had yet of how the upcoming open world game will play- and it continues to look excellent. There was a lot to digest in the nearly 20 minutes of footage shown off, and here, we’ll be going over some of our biggest takeaways from the demonstrations. So without further ado, let’s jump right in.

When it comes to exploration, it looks like Ghost of Tsushima is taking cues from the likes of Breath of the Wild and Red Dead Redemption 2, in that it will be emphasizing contextualized, organic, and immersive means of exploration rather than the “follow the marker on the map” fare we usually see in open world games. Visual cues in the world of the game itself will be your guide. Plumes of smoke might guide you towards places under attack by Mongols, birds could guide you to points of interest, and foxes can lead you to shrines. So while exploring, rather than following markers littered on a map or a compass, you’re going to have to pay attention to the world itself. 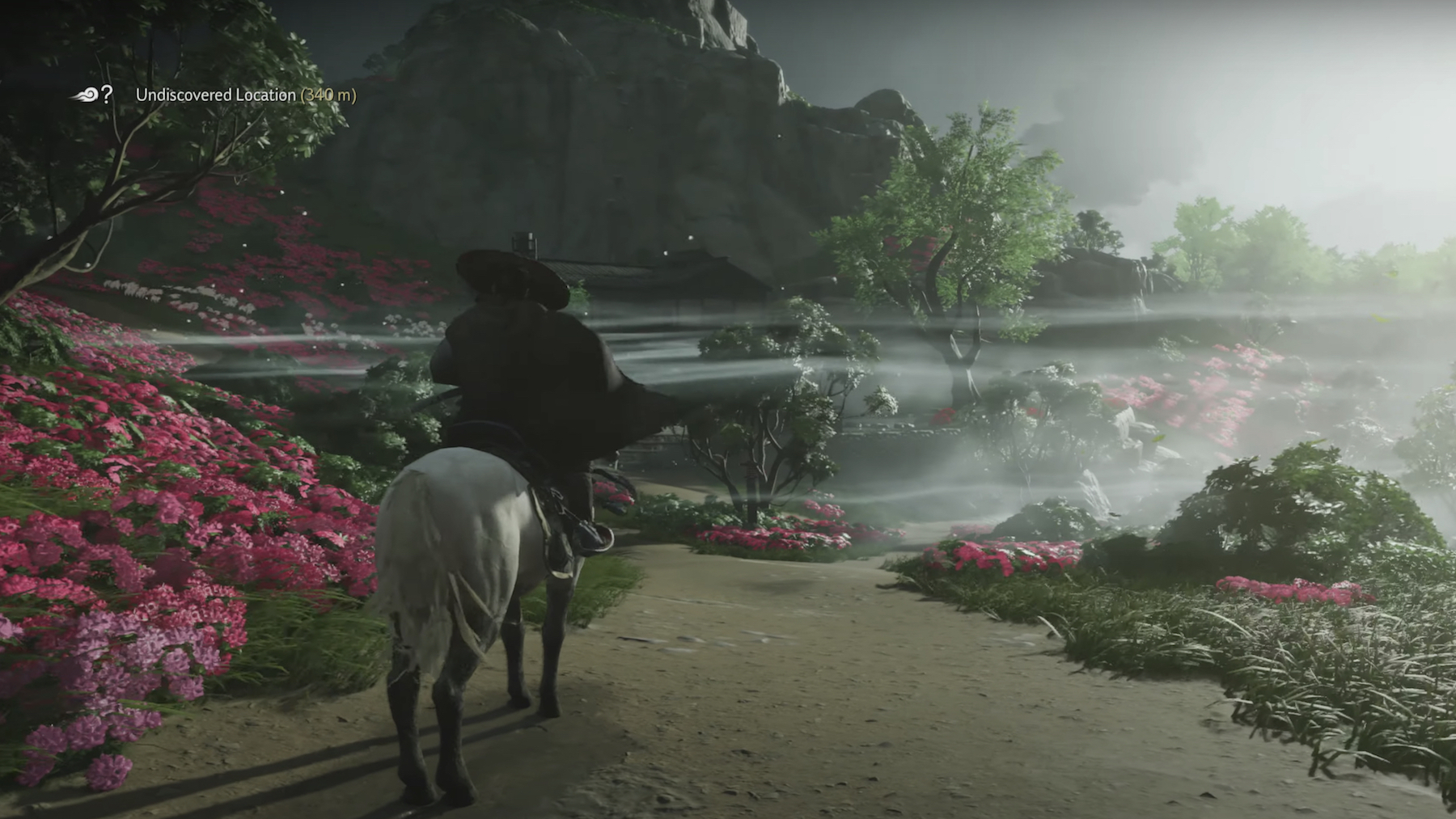 One of the most important tools that you’ll have to make use of for exploration purposes is something called the Guiding Wind. Once you’ve marked a location on your map, a gust of wind will blow in the world itself in the direction of that marker, and you have to follow it to get to your destination. You can bring up another gust whenever you want with the press of a button. Additionally, once you’ve visited a location, you can fast travel to it whenever you want. 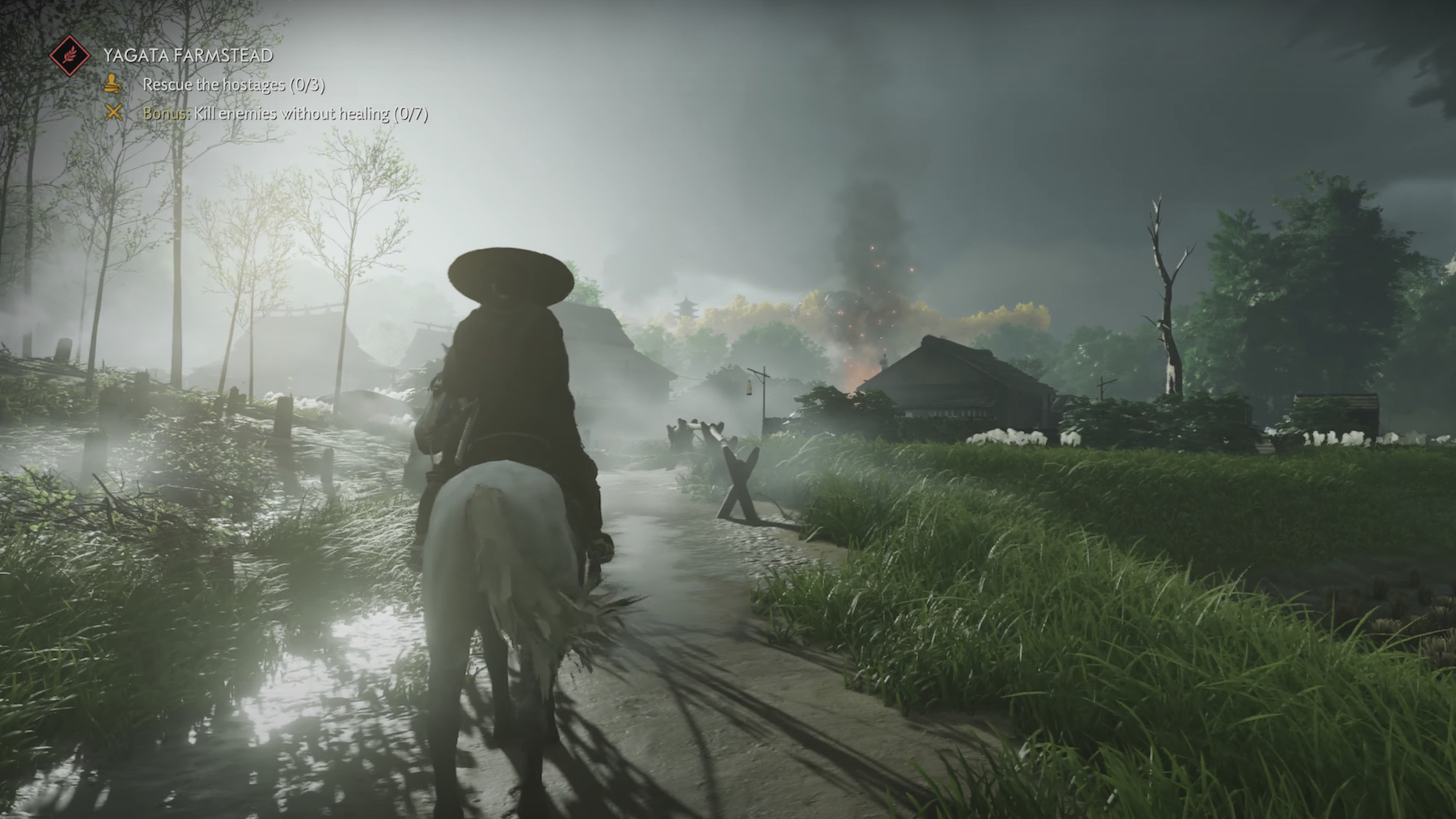 Though the State of Play broadcast didn’t go into detail about this particular aspect, it did give us glimpses of the kinds of side activities that will populate the world of Ghost of Tsushima. In the gameplay demonstration, we saw a village under attack by the Mongols that Jin could defend, an NPC warning Jin not to go into a forest that was haunted by vengeful samurai spirits that could be investigated, and shrines scattered throughout the map that Jin can track down to earn upgrades. 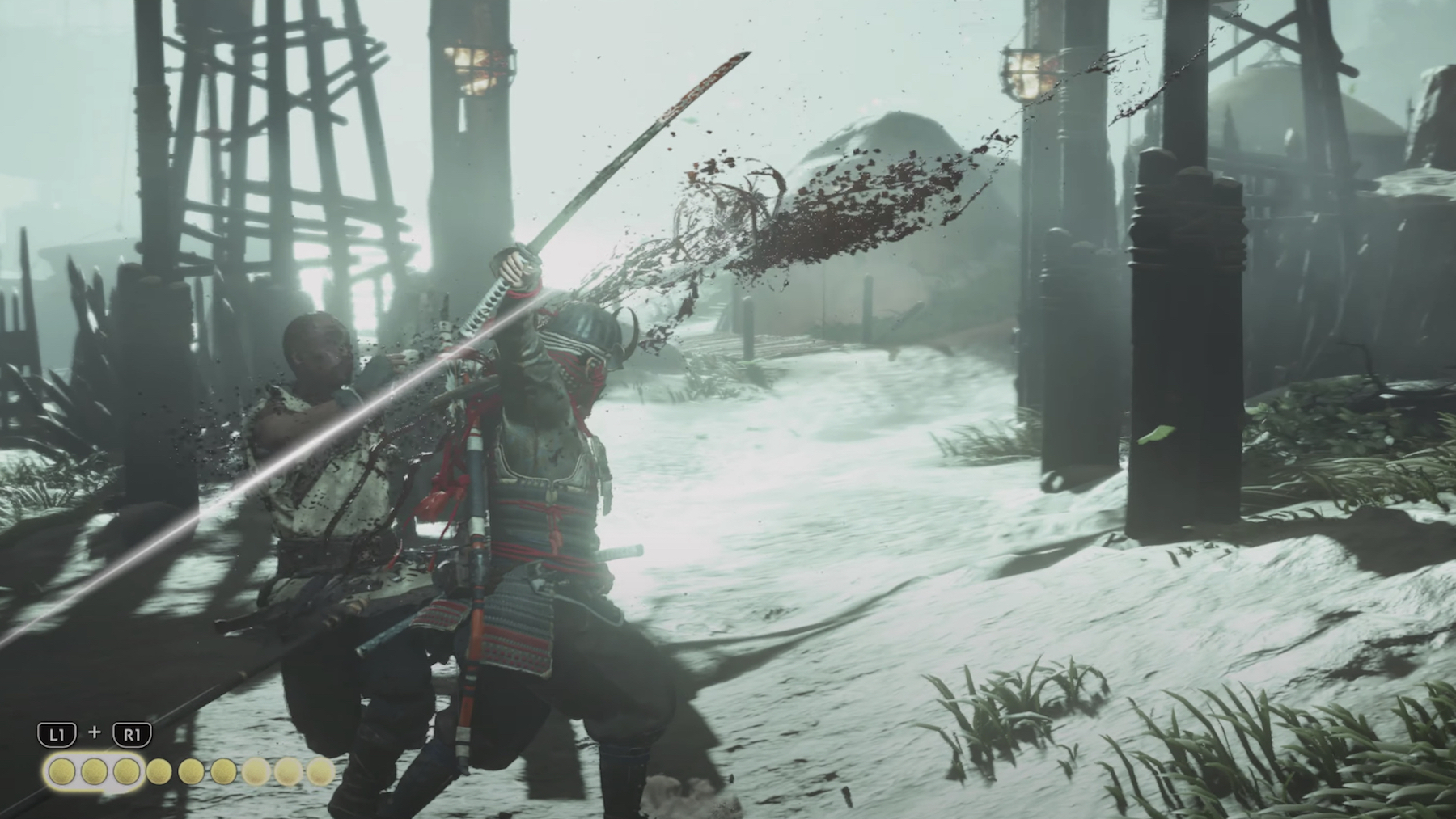 We also got a pretty good look at how combat will function in Ghost of Tsushima, and though the demo didn’t go into the nitty-gritties of the mechanics, it did give us a fair idea of some of its main talking points. Jin can challenge enemies to standoffs, at which point you have to look for the perfect time to strike as you wait for the enemy to make his move. The demo also showed Jin cutting down enemies with single blows and swipes, with the developers stating that every attack during combat will count. Parrying is another mechanic that was detailed, and parrying enemies with the right timing opens them up to deadly finishers, while you can also deflect incoming arrows with your swords. You can also change your stance during combat, which, it seems, is something you will have to do to adapt to various unique enemy types. Finally, Jin can also throw kunai knives for quick kills. 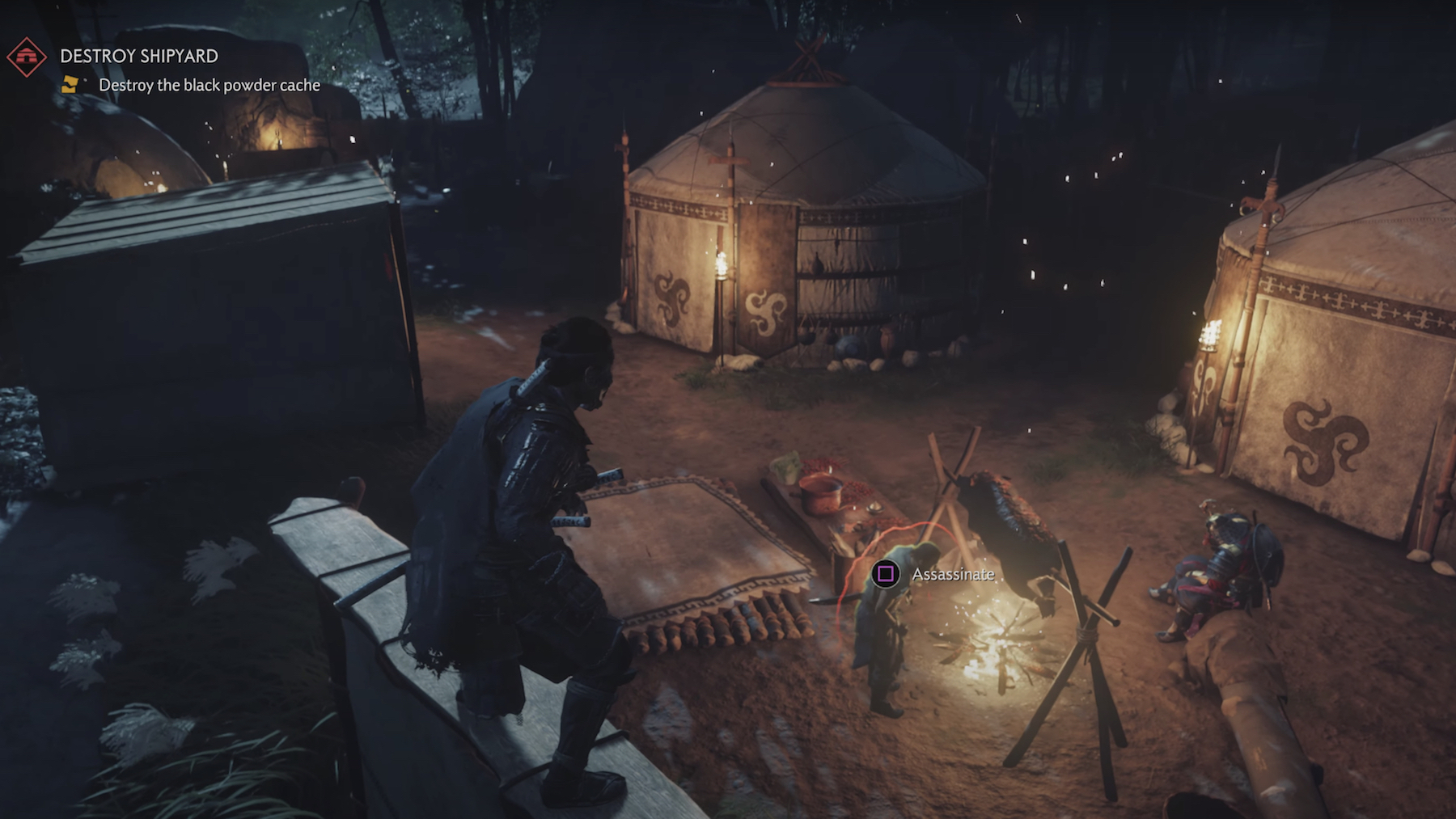 Stealth is going to be a major part of Ghost of Tsushima, both narratively and mechanically. Here, the game is giving off some serious Assassin’s Creed vibes. You can assassinate enemies who are oblivious to your presence by silently sneaking up on them, and you can also make use of distractions, such as throwing wind chimes and firecrackers. If you are fast enough, you can also assassinate two enemies at the same time, while smoke bombs can also be thrown to evade and escape. Interestingly enough, it looks like fear is something that will play a mechanical role in the game- through your actions as the Ghost, you can strike fear into the hearts of the Mongols, and this might lead to some interesting repercussions. For instance, during the gameplay demo we saw enemies fleeing from Jin as he butchered their allies, with one falling over and slowly backing away from him (before Jin mercilessly killed him as well). 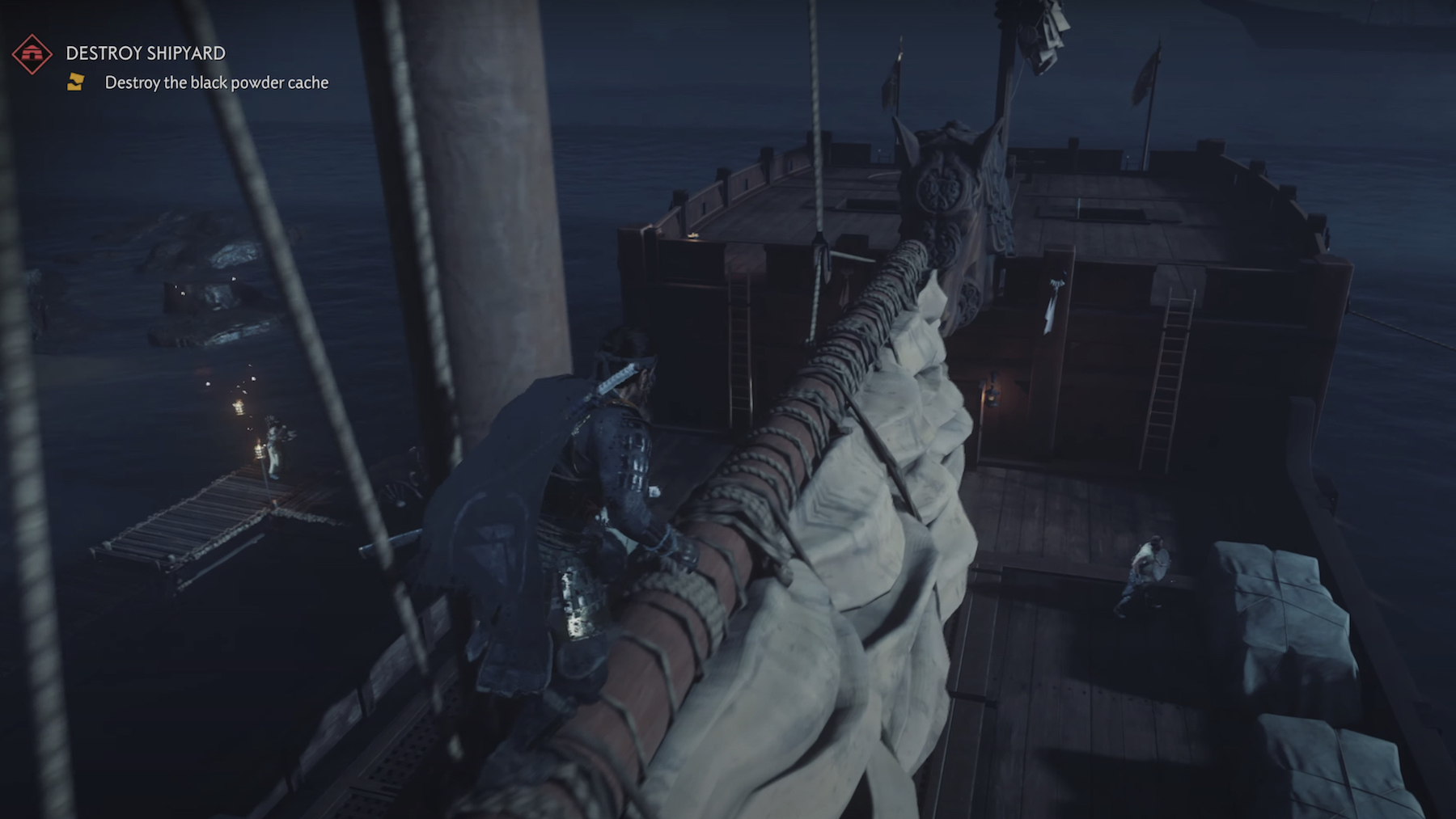 It looks like Jin’s primary means of transport in the open world of Tsushima will be riding his horse, which you can summon at the press of a button. On a more micro scale though, once again, Ghost of Tsushima seems to be taking cues from Assassin’s Creed. We saw a fair bit of parkour in the demo, with Jin jumping from handhold to handhold and walking across wooden beams. His grapple hook also looks like it’s going to be an important part of traversal, and can be used to swing across gaps or climb up ledges. 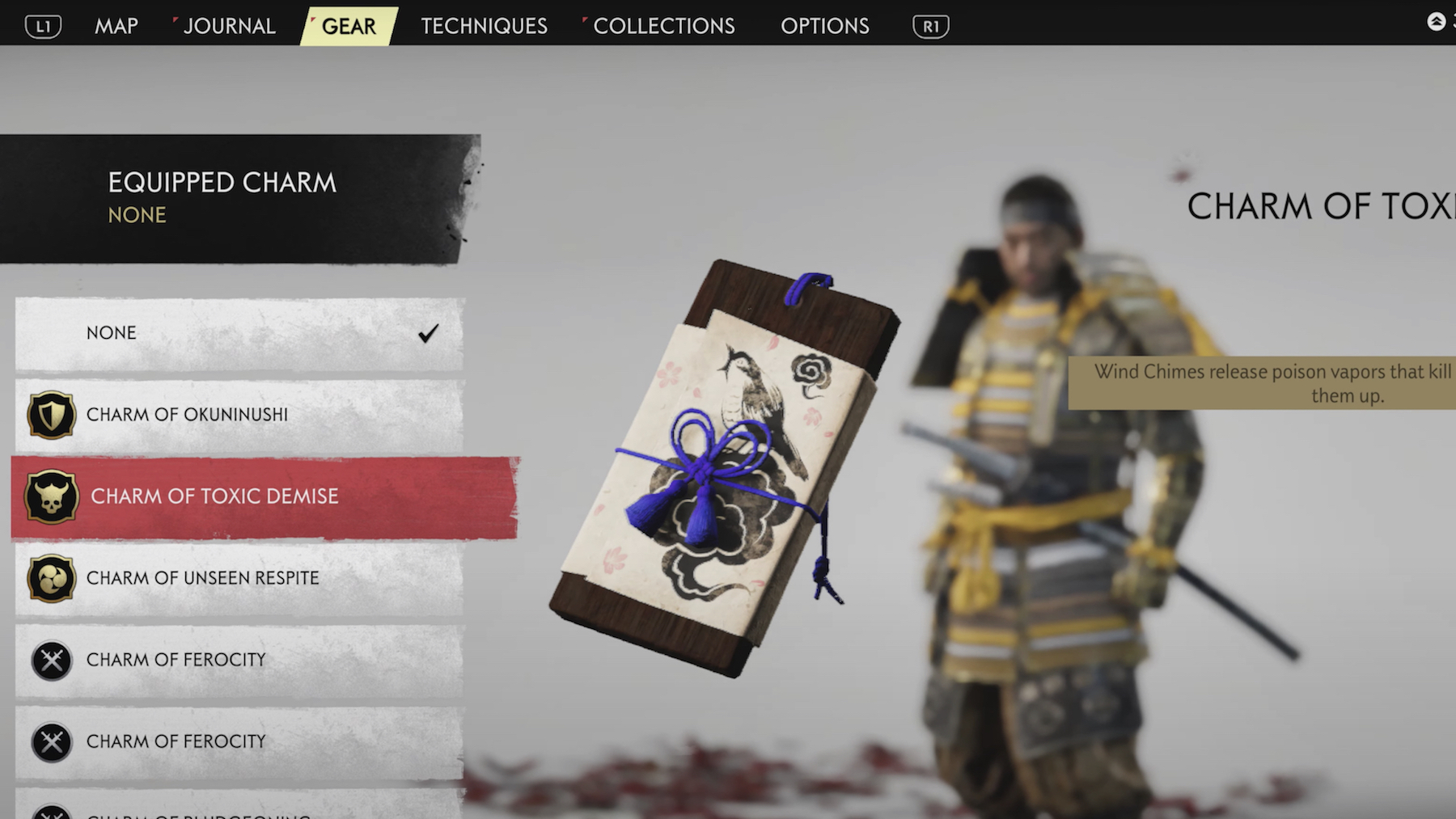 Customization details were also shared during the gameplay demo, and it seems like there’s going to be plenty to dive into here. Jin can don various different kinds of armour, and they will have unique mechanical advantages and disadvantages (in addition to also looking completely different). It seems like some will be better or stealth, while others will be better for up-close combat. Players can also find charms in the world that will give Jin unique advantages, while which techniques Jin unlocks and is proficient at is something that will be determined by how you spend your skill points. You can also collect flowers in the world to change the colour of whatever armour you’re wearing. 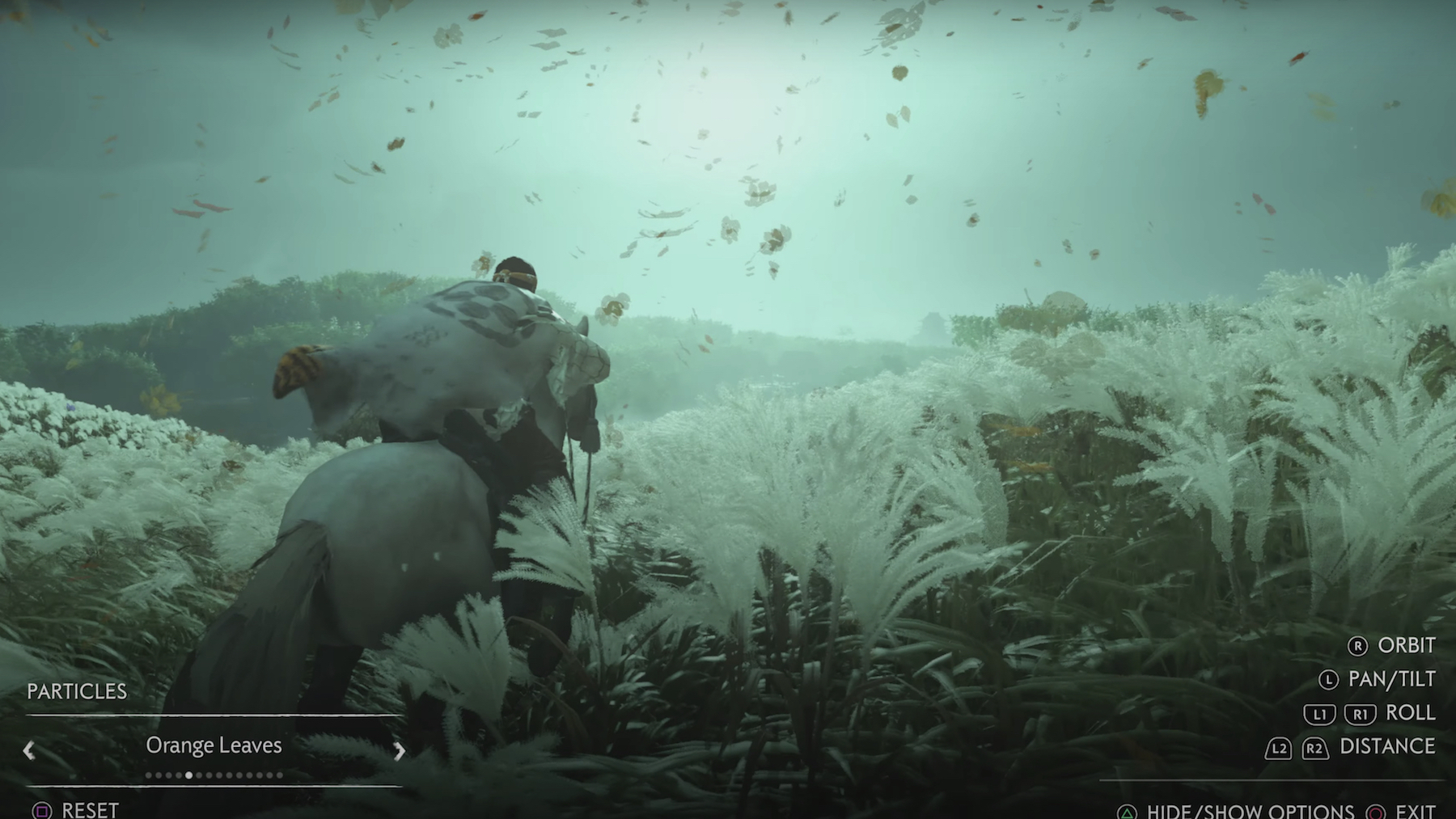 Sucker Punch have also confirmed that Ghost of Tsushima will have a Photo mode at launch. Various filters and toolsets were briefly shown off, but most interestingly, Photo mode will also allow you to make video clips in addition to capturing stills. For your video clips, you can control the wind, its direction, and the speed at which it blows, apply various filters, and even select tracks from the game’s OST to play in the background.

Given the game’s setting, this was something of a given, but Sucker Punch have now officially confirmed that Ghost of Tsushima will have Japanese voice overs. Right from the get go, you can choose to play the game with with Japanese voice tracks and English subtitles, so if you want to completely immerse yourself in its setting and atmosphere, this is another way to do so. 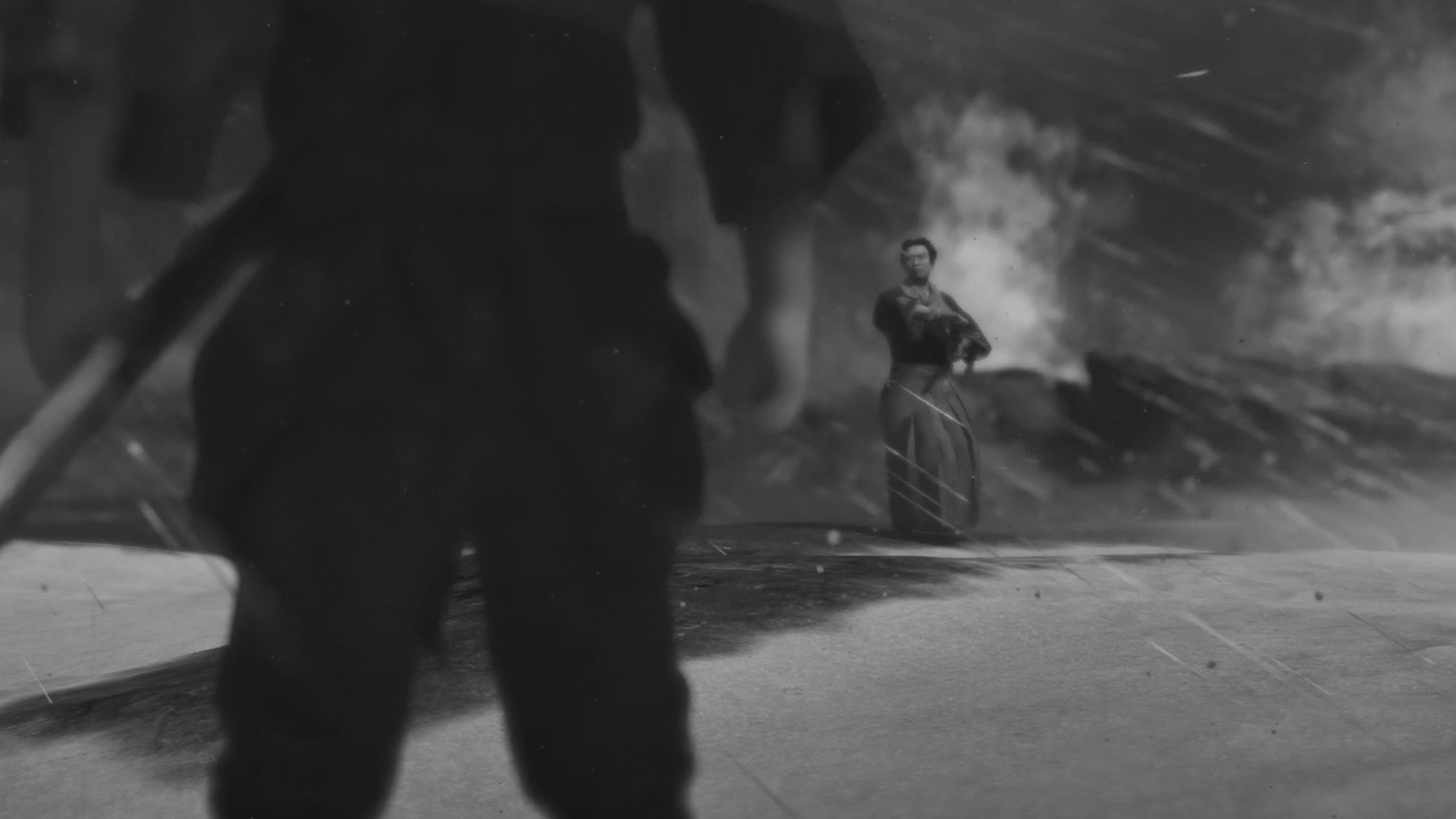 Sucker Punch want you to be able to live out your greatest samurai fantasies with Ghost of Tsushima, so if you want the game to look like your favourite samurai films, you’re going to be able to do that. The game will give you the option of turning on a visual mode that will apply film grain and a black and white filter to give it that authentic look. It’s unconfirmed if that’s the only alternative visual mode in the game, but that one at least is confirmed.