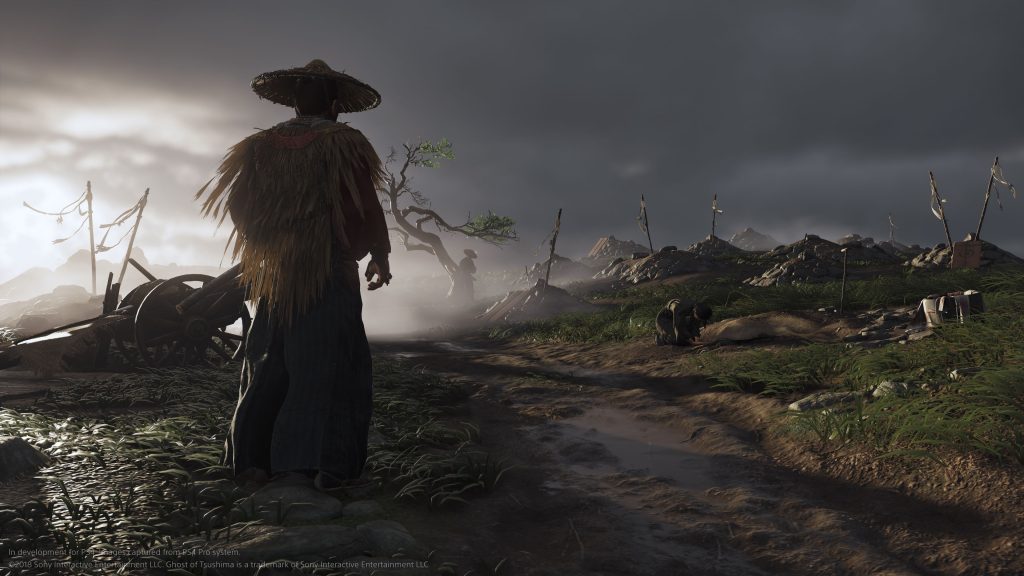 We already know that the developers of Ghost of Tsushima are quite ambitious when it comes to what they want to achieve with this game, and we’ve seen some behind the scenes footage that showcased just how much work they are putting in to get the historical details right. How right do they want to get these details, though? Well… Sucker Punch recently shared some pictures on their official Twitter account that showed them working with actual, real-life Samurai for the game’s development.

One of them was Masakumo Kuwami, who is the 10th Grandmaster of Tenshinryu Hyohou, and the other was Assistant Instructor Ryusetsu Ide. Tenshinryu Hyohou is a martial arts school in Tokyo, in case you’re wondering, that was founded in the 17th century, and it teaches the traditional art of the sword (Kenjutsu), the art of drawing the sword (Battojutsu), and also teaches the use of various other weapons, such as the spear and chain sickle.

It looks like Masakumo Kuwami was also excited to work with the game’s developers, because he shared the following words on his Facebook page: “We were invited for Ghost of Tsushima. It is an exciting encounter of the newest game and traditional techniques.”

So… yeah- that’s dedication to authenticity for you. They brought in actual samurai to get things just right. Should be interesting to see how and where it translates in the actual game itself. Ghost of Tsushima is set to release exclusively for the PS4, but it is currently without a release date.