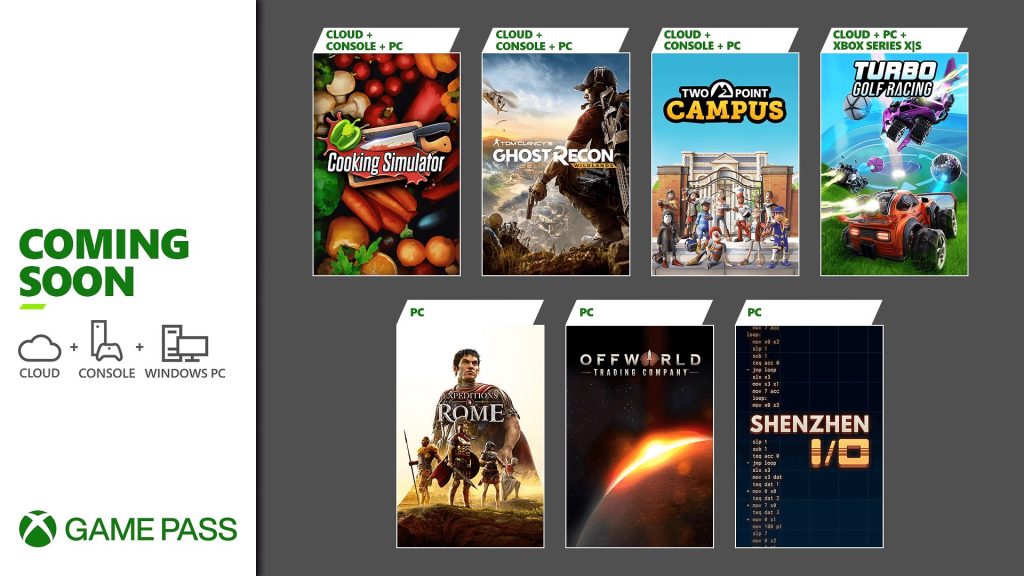 Microsoft has announced the first wave of titles coming to Game Pass in August, starting with Ghost Recon Wildlands. The open-world, third-person shooter is available now on consoles, cloud and PC. Shenzen I/O, a programming puzzle game by Zachtronics which involves building circuits, is next and will be available on PC.

There’s also the arcade racing title Turbo Golf Racing, which will be playable on Xbox Series X/S, cloud and PC. Both titles will go live on August 4th. On August 9th, management sim Two Point Campus finally releases and will be playable on cloud, consoles and PC.

August 11th sees the release of Cooking Simulator on cloud, consoles and PC which is all about, surprise surprise, cooking. Expeditions: Rome and Offworld Trading Company are also out on the same day exclusively for PC players. As usual, a selection of titles will be leaving the service on August 15th. Game Pass subscribers can purchase them for 20 percent off so act fast.

The games in question are: