Team up with Sam Fisher to beat down some bad guys and recover intel. 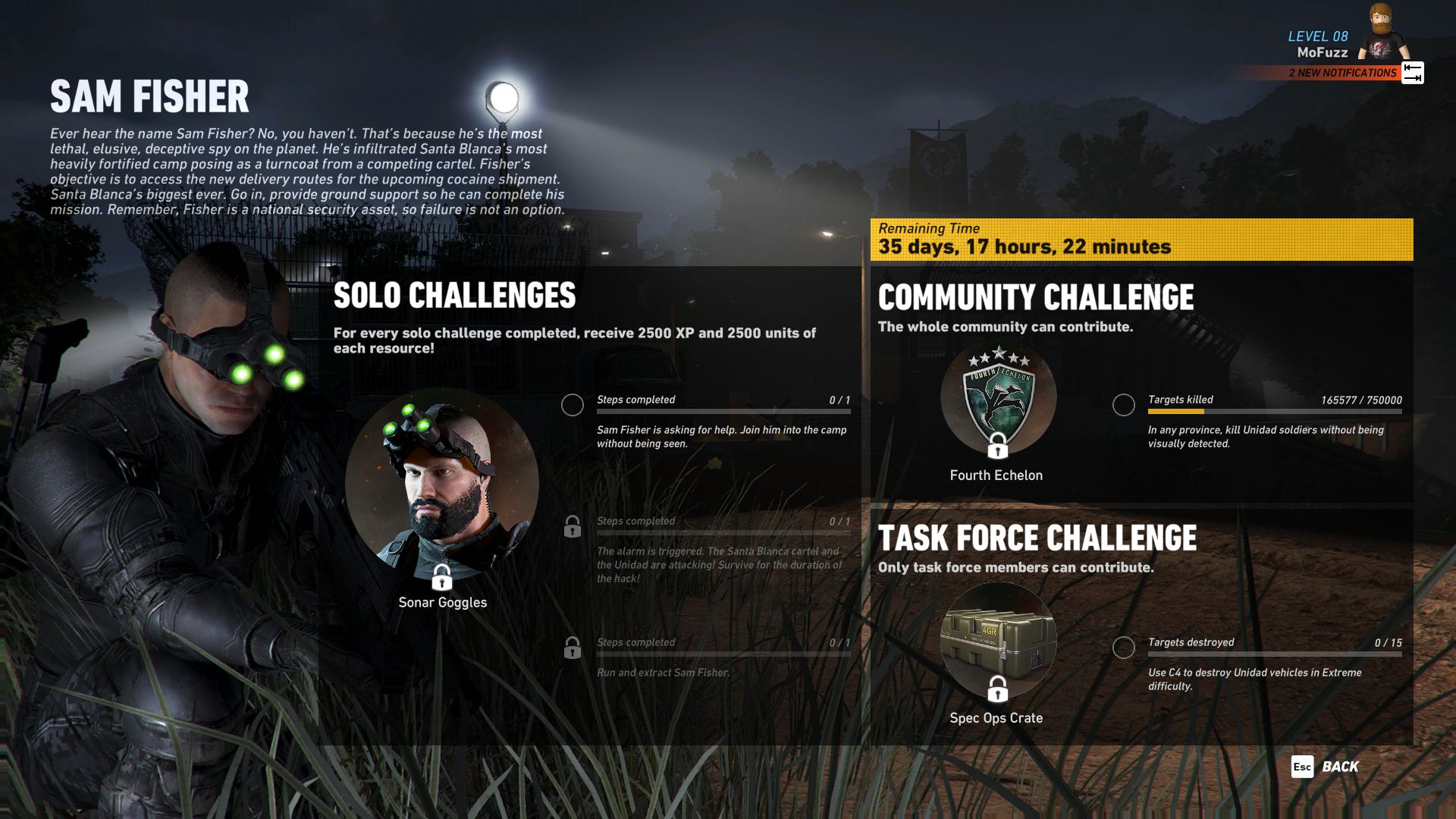 Ubisoft’s Ghost Recon: Wildlands is kicking off its second year of content in style with Special Operation 1. This update offers new content in the PvE and PvP space based on the company’s vaunted Splinter Cell franchise. The PvE mission should pique the most interest since it sees Sam Fisher teaming up with the Ghosts on a stealth mission to recover some intel.

Michael Ironside has returned to voice Fisher and is his usually gruff self. Players can either fight alongside Fisher in solo or co-op player and Ubisoft has noted that this will be “one of the most difficult missions the Ghosts have ever faced.” Even better is the fact that the mission is a permanent addition to the game rather than a timed event (take notes, Overwatch).

However, if you want to reap the rewards – like Sam’s signature goggles – then you’ll have to complete some challenges before May 16th. Other cosmetics, like a Splinter Cell outfit, and new weapons have also been added to the experience. For Ghost War players, there’s a new mode called Sabotage which supports five maps. The new Echelon class is also available for multiplayer and is either immediately available with the Year 2 Pass or by spending Prestige Points.

What are your thoughts on Sam Fisher finally seeing the light of day after years of absence, even if it’s in a cameo? Let us know in the comments.