Ghostbusters: The Video Game Remastered Review – A Ghost from Another Time

An archaic reboot that offers little for those without nostalgia.

It’s pretty evident when you’re playing Ghostbusters: The Video Game Remastered that it’s a relic of a different era of gaming. Though it originally released just ten years ago, playing it now makes those ten years feel like an eternity when you compare it to games that come out today. Very few of its characteristics have aged well and hold up in 2019, while many of its problems are accentuated, especially from a visual and design perspective. While the core enjoyability of the Ghostbusters experience is buried inside, the remaster has very little to offer in 2019, and it’s hard to recommend to anyone who doesn’t have extreme nostalgia for the game or the series. 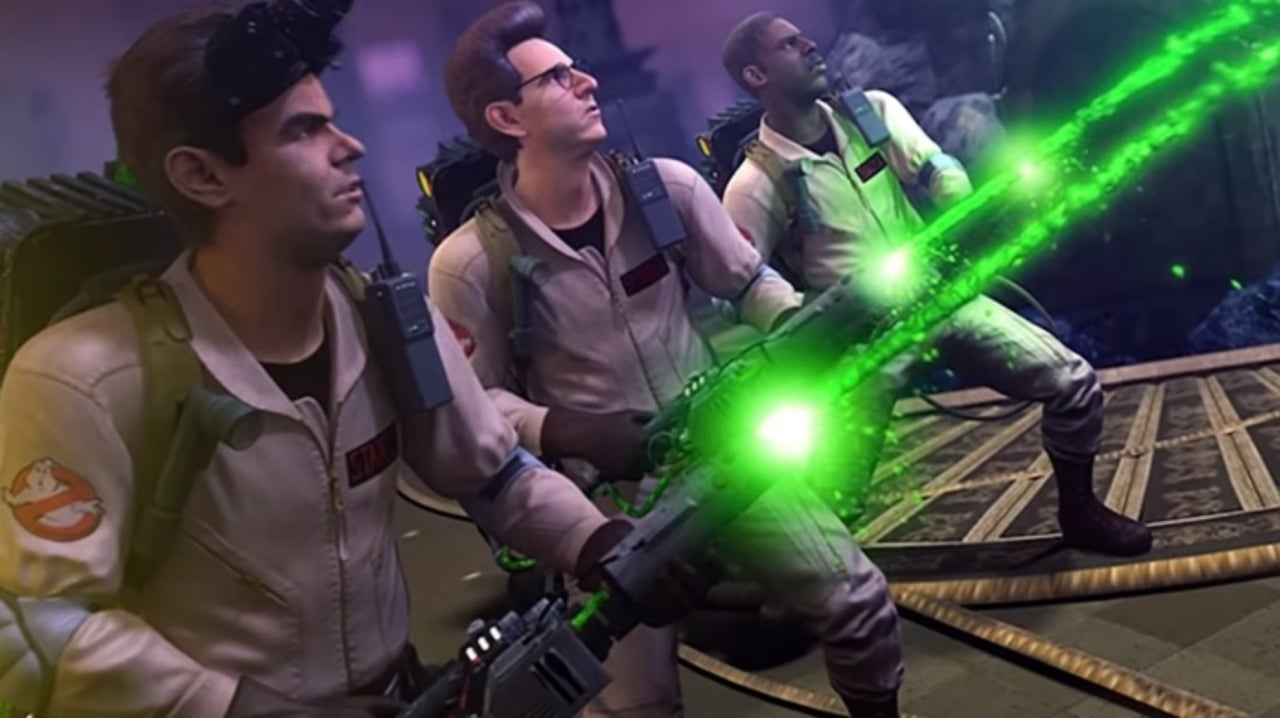 "While the core enjoyability of the Ghostbusters experience is buried inside, the remaster has very little to offer in 2019, and it’s hard to recommend to anyone who doesn’t have extreme nostalgia for the game or the series."

The gameplay in the remaster is just as it was in the original. You’ll find yourself faced with ghosts of all kinds, forcing you to shoot them with your photon cannon and capture them in your traps. As pure gameplay goes, this is a simple and fun process, and it’s pretty rewarding when you’re able to beat the biggest enemies. It does get a bit repetitive at times, though, especially in the trapping process. Understandably, enemies seem pretty hesitant to being trapped, but the process of getting them into the traps, even with all upgrades to the process, is somewhat frustrating because any misstep restarts the process, which can come back to bite you, especially when you’re facing a group of strong enemies.

The gameplay is most preferable in short doses because of this frustration. When you jump into the game, you’ll quickly have the satisfaction of defeating the numerous enemies that you’re faced with, especially when you’re against tougher ones. When you begin to play in longer spurts, though, the gameplay’s flaws will start to become clearer. The aiming can become pretty floaty, most evidently when you’re trying to bring down ghosts that move around the arenas quickly, and the button combinations to capture the ghosts forces you to use the claw hand combination on your controller pretty frequently.

The primary and most prominent problem with the gameplay, though, is that its archaic design has not aged well and is very outdated in today’s landscape. While your photon cannon has four main phases, most of the gameplay is an exercise in choosing the right one and shooting them for as long as possible. It also falls into the trap of increasing the difficulty by just increasing the number of enemies you’re facing, as enemies often spawn behind you or in hidden areas in order to take you by surprise. Instead of forcing you to use skill to beat them, you’ll find yourself just trying to spam the button as much as possible until you catch some luck and defeat them. This comes as part of a larger symptom of the difficulty curve, whose spikes are, at times, outrageous, especially in the latter stages of the game. 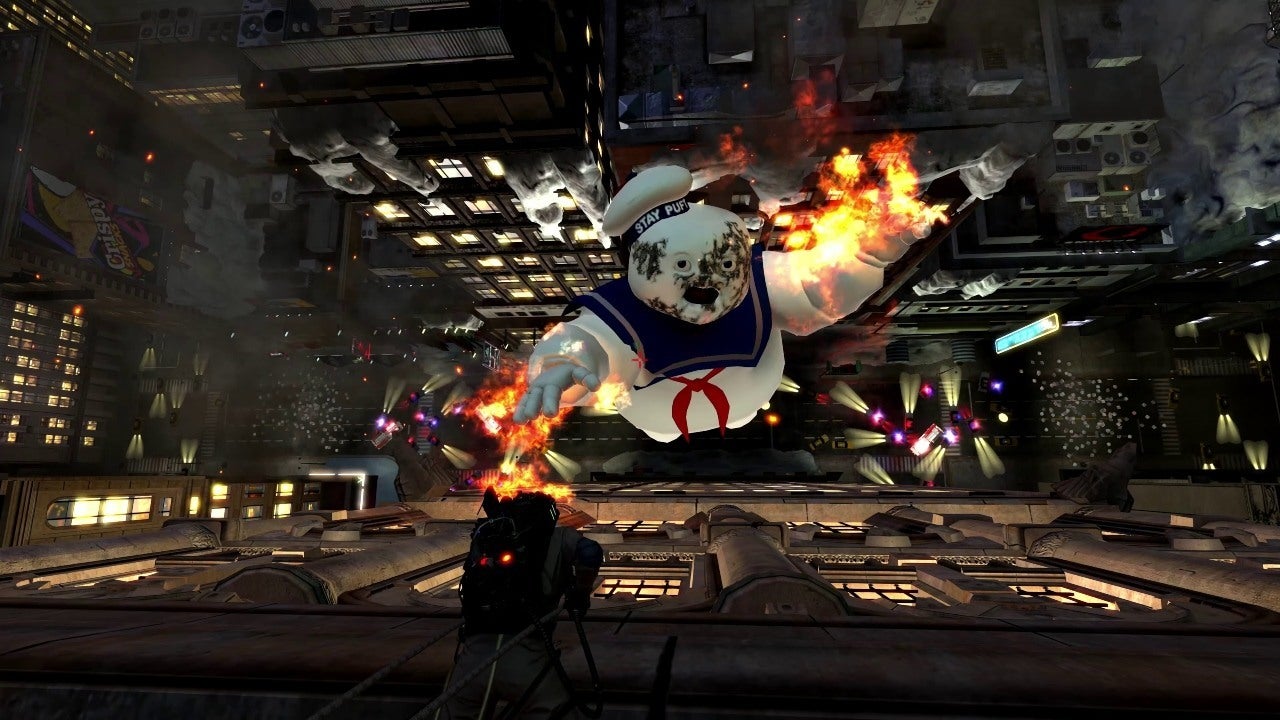 "The primary and most prominent problem with the gameplay, though, is that its archaic design has not aged well and is very outdated in today’s landscape."

Level designs also become labyrinthian in some areas, and the signposting is, at points, almost nonexistent. You can use your PKE Meter, which is meant to detect signals from ghosts and act as a guide to your next objective, but in many cases, it does very little to help. Because there’s no objective marker system and there are many places where you need to backtrack or find your way through a long series of intertwining areas, I found myself getting lost pretty often and hoping my teammates would start going where we needed to go next, because otherwise I would not have been able to find the way.

As there was difficulty in recovering the multiplayer code from the original, the only option in the remaster is the single player story. For most of the game, you’ll be in a team of up to five Ghostbusters, and you’ll need to be working in a team with them in order to keep everyone alive. Unfortunately, this means that a lot of the game is focused on you locating your downed teammates and reviving them or being downed and waiting on them to revive you. Unfortunately, your teammates’ AI is another aspect that shows its age, because they will usually stop at nothing to revive you, even if it means downing themselves and failing the mission. Even when you’re not down, you’ll usually be the one who has to take down the majority of the enemies. It makes for a system that isn’t fun when you’re alone because the mission immediately fails if you die, but when you’re in a team it feels like you have the highest workload and have to make up for the lack of work they’re doing.

The narrative is the aspect of this remaster that holds up the best, primarily because of the humor infused throughout. As it was in the original, you’re getting another Ghostbusters story that hits a lot of the themes of the movies, and Bill Murray’s humor is timeless. While the story isn’t necessarily saying anything particularly special, it hits a lot of the points that Ghostbusters fans will enjoy, and there’s a lot of fan service for the fans of the movies. Outside of cutscenes, the banter is often funny and enjoyable, though it gets pretty repetitive because there aren’t too many unscripted lines and you’ll be hearing the same jokes multiple times if you die often. 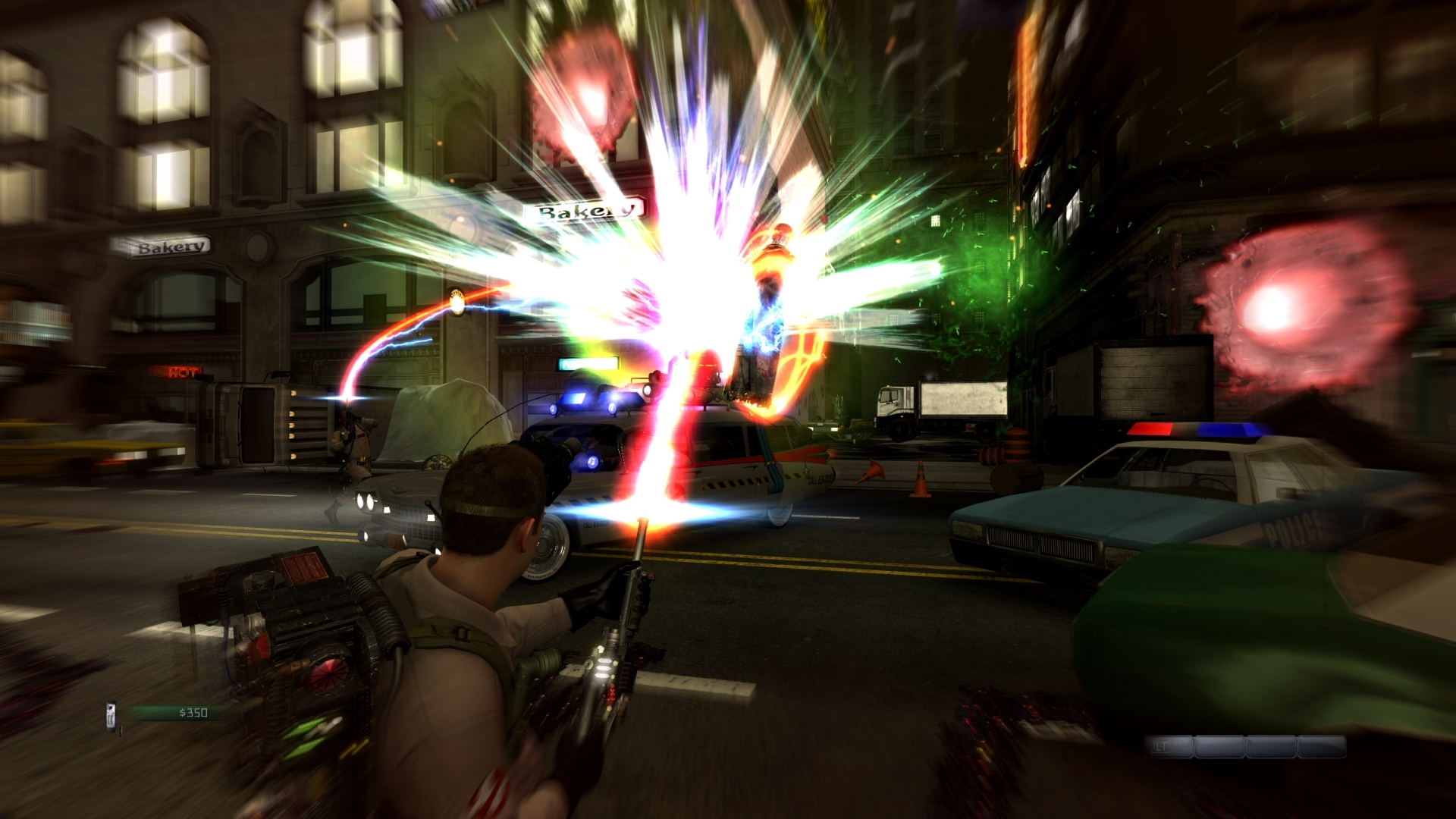 "The narrative is the aspect of this remaster that holds up the best, primarily because of the humor infused throughout. As it was in the original, you’re getting another Ghostbusters story that hits a lot of the themes of the movies, and Bill Murray’s humor is timeless."

One of the most difficult aspects of the game to reconcile as a release in 2019 is the presentation itself. While the graphics are slightly upgraded from the original 2009 release, I would have believed you if you told me I was playing this on a PS3 or Xbox 360. Textures are flat and often unappealing, the lighting is inconsistent, and the environments, while diverse throughout the game, are unimpressive. While it’s nice to see the Stay Puft Marshmallow Man, the number of times you’re impressed with the game’s visuals is vastly outnumbered by the number of times you’ll find yourself wondering if textures haven’t loaded yet. In terms of its performance, it’s also pretty inconsistent. I had a few crashes and consistent stuttering, and AI teammates would frequently get stuck or not trigger their script, forcing me to restart checkpoints.

Ghostbusters: The Video Game Remastered is a game that comes from a different time and whose age does not show well. Though its gameplay is fun in short doses, its game design is outdated and frustrating, and its visuals are comparable to PS3 games. As a remaster, this game does well enough to make fans of the original game happy by presenting the experience again, but it requires an investment in the series to offer much. There are very few things that allow it to compete in today’s landscape of third-person shooters, and its only real appeal is to the diehard fans. It has its bright spots, but there are too many issues with the remaster to offer anything to non-fans of the series.

Final Verdict:
AVERAGE
Ghostbusters: The Video Game Remastered is an experience from another era whose design has not aged well, whose visuals are years behind, and which only presents a good experience to diehard fans of the franchise.
A copy of this game was provided by Developer/Publisher/Distributor/PR Agency for review purposes. Click here to know more about our Reviews Policy.