Giana Sisters has existed since the days of Commodore 64, but we rarely got to see much of it, mainly due to the dominance the Super Mario games had in the market. Black Forest Games took a huge risk when they took on a franchise that was practically unknown to everyone, but using Kickstarter funding, they ultimately managed to develop and release a new Giana Sisters game after years. But is it actually anything for the developer to be proud of? 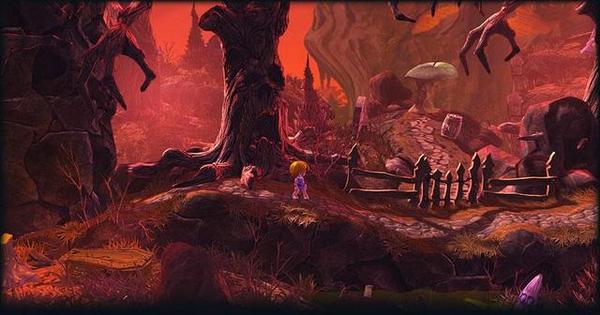 Short answer? Well, just see the score above. Of course it is! Giana Sisters: Twisted Dreams wasn’t on anyone’s radar even a few weeks ago- it certainly wasn’t on mine- but I played it, and I was actually very surprised by how much I liked it.

The first time you start up Twisted Dreams, what will smack you in the face immediately will be the visuals of the game. Now, we’ve seen such art design before with the likes of Trine 2, but one can’t have too much of a good thing. Giana Sisters: Twisted Dreams has a very charming, a very attractive looking visual style, and looking at the game is almost a better experience than actually playing the game. Almost.

Whats also equally good is the excellent sound design- you will hear everything from metal tunes to soft, soothing tracks. As you switch between the game’s light and dark worlds, what you see heavily contrasts what you hear. In the light world, where you see fat birds flopping around, beautiful trees swaying in the background and rolling hills covered in grass and flowers rising all around you, the game starts playing metal music heavy on guitars. And as you enter the dark world, which is full of skeletons and clouds and a dark colour pallet, the soothing tracks kick on.

It sounds like a very jarring mixture, but it absolutely isn’t. It actually complements what you see visually very well, and forces you to take notice of the soundtrack. The tracks have been composed excellently, and you might catch yourselves humming a few of them when you’re not playing the game itself. 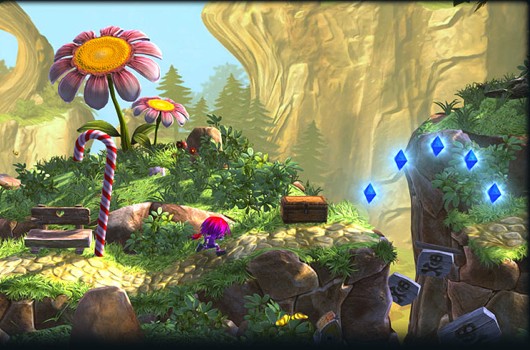 The two world mechanic plays just as well as it looks or sounds. The juxtaposition of the two worlds is done very well, and switching back and forth, using different powers and different characters in each to overcome a specific set of obstacles or puzzles often feels ingenious. The puzzles are very well designed, and require you to use this mechanic plenty. Some doors don’t unlock in the dark world, some ladders don’t exist in the light world, while some of your powers can only work in one of the two worlds.

Exploration is always fun too. Being a side scrolling platformer, you’d think the game wouldn’t have a lot of room for exploration, but it actually does. Going out of your way to collect diamonds so that you can unlock future boss fights is not a chose at all, and even if the game hadn’t offered any incentive on doing so, you still would have been tempted to go up a branching path and see what you find there.

There’s a lot to like here, but the problem remains that Twisted Dreams doesn’t do anything new. Now, not every game does anything new, and it would be unfair to call this one out for not doing so. What we’re calling it out for is the fact that it just isn’t memorable. Couple that with the fact that it crashes and freezes a lot, and it’s clearly certain that the game could be a lot better. 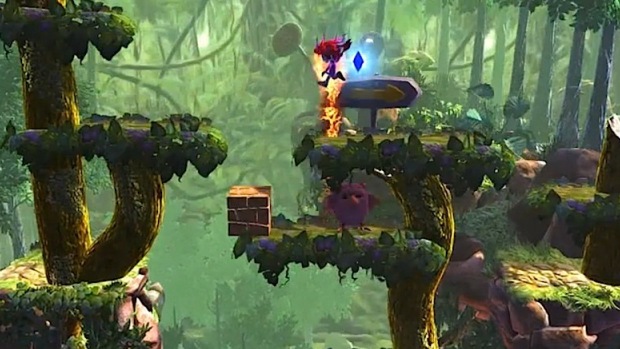 Giana Sisters: Twisted Dreams is a very enjoyable, very charming game that you should definitely play. It’s not as good as some of the other 2D platformers you might find out there these days, but it’s definitely good and worth a try.

This game was reviewed on the PC

The game crashes a lot

While not exactly groundbreaking or in any way particularly memorable, Giana Sisters: Twisted Dreams is a charming and extremely enjoyable title.

A copy of this game was provided by developer/publisher for review purposes. Click here to know more about our Reviews Policy.
Tagged With: black forest games, giana sisters: twisted dreams, pc