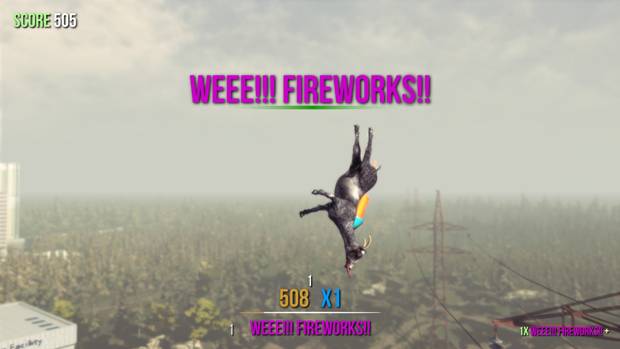 Coffee Stained Studios’ Goat Simulator seemingly went from being an over-elaborate April Fool’s Day prank to one of the more significant events in gaming this year. The game has since been updated to include parkour mechanics but there’s far more to the recent patch than you think.

This was detailed in the recent patch notes which, along with listing local split-screen multiplayer and running up/down walls, state that you should “Stand by for Goatfall”. Other hilarious details include Coffee Stained’s trials with Flappy Goat: “Reverted hitbox of flappy goat. Made hitbox worse on flappygoat. Removed Flappy Goat, I hate that f**king game. Got 11 points on Flappy Goat; readded Flappy Goat.”

You can read the full patch notes here (and believe us, you’ll want to read them) for more hilarity. Are you still playing Goat Simulator or did it really succeed in killing PC gaming for you? Let us know in the comments.