Goat Simulator Releasing for UK Retail on May 23rd

In an edible box but only for goats. 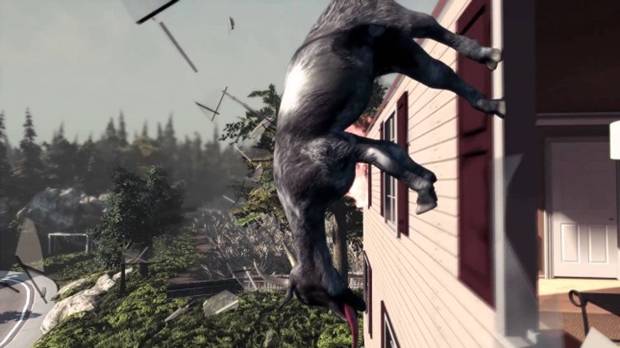 Coffee Stained Studios’ Goat Simulator has been a bigger success than it’s had any right to be and will now be heading to UK retail on May 23rd according to Koch Media.

Koch Media stated that, “The fully edible* box contains all the point scoring goat destruction, Steam Workshop Support and bugs that are expected of the world’s best-selling goat simulation game. You can be a goat. In a box.” It then added the disclaimer that, “the box is only edible to goats. You are not really a goat. Please do not eat the box.”

Goat Simulator, as the name states, lets you play as a goat and go around a small open world causing havoc. You can head-butt trucks, destroy gas stations, lick and drag objects and people along, and even ragdoll on command to fly across the map. It’s something, that’s for sure. What do you think of the game? Let us know below.