God Eater Coming Over to the West

Namco Bandai’s God Eater, the extremely famous and successful Monster Hunter clone on the PSP that has till yet only been released on Japan, is now coming over to the west next year- it’s confirmed.

The game will launch as God Eater Burst in the west, and it’ll have several improvements and enhancements that the Japanese version does not have. The enhanced version of the game will be featuring twice the number of missions, customisable bullets and what will be known a as ‘Burst Mode’, in which we will be able to boost stats and offer special bullets. Apart from that, God Eater Burst will also feature tha famous co-op mode that was in the Japanese version of the game- it will allow four players to team up to kill gigantic monsters for loot, and we can team up with the AI if players are not are not using the adhocParty. 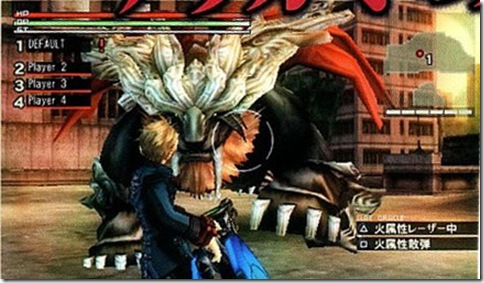 Namco Bandai hasn’t released any more information on God Eater Burst yet, but they promise they will deliver an experience “loaded with modifications, gameplay improvements and additional features”.

God Eater shifted 500,000 copies in three weeks in Japan. Namco will definitely want to get more money off this game in the west.