God of War is one of the most prestigious franchises we have seen in the last few years, and has become one of Sony’s most important franchises, along with the likes of Uncharted and Killzone. And for good reason- God of War has been a very consistent franchise, with each of the five games never ever dipping in quality, and each providing players with a bloody, gruesome experience that they do not soon forget.

With God of War III, though, while the main trilogy may have ended, the series is not yet over. Even if Sony and Santa Monica had said so themselves, and promised that they will return to God of War sooner or later, GoWIII’s semi cliff-hanger ending would have been enough to set that fact in stone.

So that brings us to the question that will drive this article forward: what do we want to see in God of War 4? What has the God of War series not done right till now, that can be improved with future installments? Compiled below are ten things we want God of War 4 to do and incorporate. Enjoy the list, and as always, don’t forget to give us your feedback via your comments below!

About the only useful weapon in the entire series.

The Blades of Chaos have now become a very iconic weapon, with five of the games have used the chained yo-yo like blades as Kratos’ primary weapon. But as much as we simply love to wreak havoc and cause destruction with the legendary Blades of Chaos/Athena/Exile, we also want to see God of War 4 to have a larger arsenal of weapons, and one that is actually useful. True, we do get several additional weapons and abilities in all God of War game, but you never really feel compelled to use them. The Blades themselves feel so powerful, you never feel the need to use another weapons. Now, I’d never want Santa Monica to remove the Blades from God of War, but it’d be really great if they introduced some weapons that felt as good to handle as the Blades. 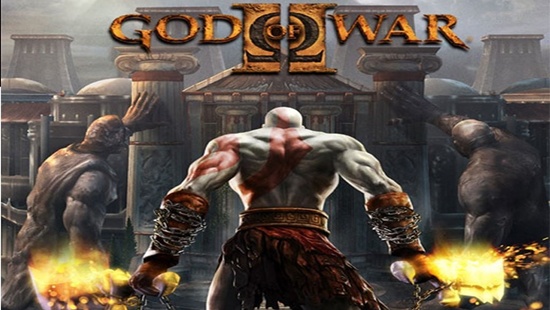 While God of War II’s story is very good on the outside- perfect for a summer blockbuster game-, it falls apart under the slightest of scrutiny. Kratos travels back in time to stop Zeus from ever killing him, and succeeds, which means Kratos never died. And if he never died, he never went to the Sisters, which is not what the game says, because the story continues after he kills Zeus. It’s really nonsensical. Santa Monica should probably pay more attention to the story they are telling in God of War IV. Ghost of Sparta and God of War were perfect- follow their examples. A complex, character driven story that makes sense would be nice.

Combat in God of War relies heavily on one combo, that anyone who knows even squat about the franchise should be familiar with- Square, Square, Triangle. You can literally rampage through the entire game using just this combo in combat situation, which make up about 80 per cent of the game. When you’re not using this combo, you’re playing out context sensitive parts, finishing off enemies and bosses with QTEs. While God of War III did balance the combat a bit, with Ghost of Sparta improving on that further, with new abilities and combos that we actually felt like using (they were actually pretty fun), we would like to see a much more balances combat system in GoW4.