Kratos lives and is apparently going the Norse way. 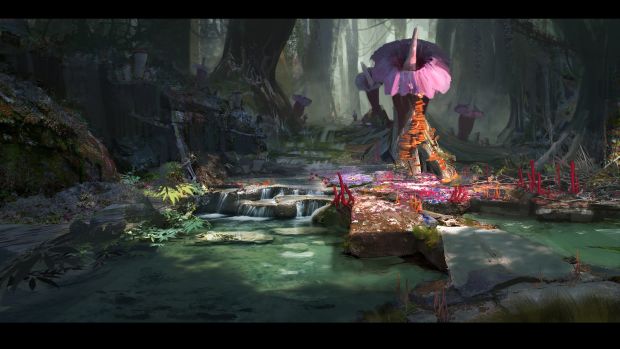 A massive amount of concept art for what appears to be God of War 4 has been leaked by NerdLeaks (with NeoGAF collating most of the images). The art has apparently been created by an unnamed artist who worked on the title at SCE Santa Monica in 2015.

The concept art showcases Kratos but with a beard and apparently uses Norse mythology this time around. Kratos will be visiting Alfheim, the land of Fairies where the Light Elves live and he’ll encounter more than one prison in the game. He’s also seen with an axe for cutting vines and creating bridges while the environment itself can be interacted with (Kratos can brush up against vines, for instance). A cinematic trailer “Gorgon & Hydra” is apparently expected.

If that weren’t enough, insider Shinobi602 teased on Twitter before the leak that God of War 4 would be taking place in a Norse world.

With all the reports and rumours of God of War 4 happening, this recent leak adds even more fuel to the fire. Regardless, what do you think of it all? Let us know in the comments.