God of War Keeps Getting Broader As You Keep Playing It, Says Game Director

Likens it to Dark Souls (and previous God of War games). 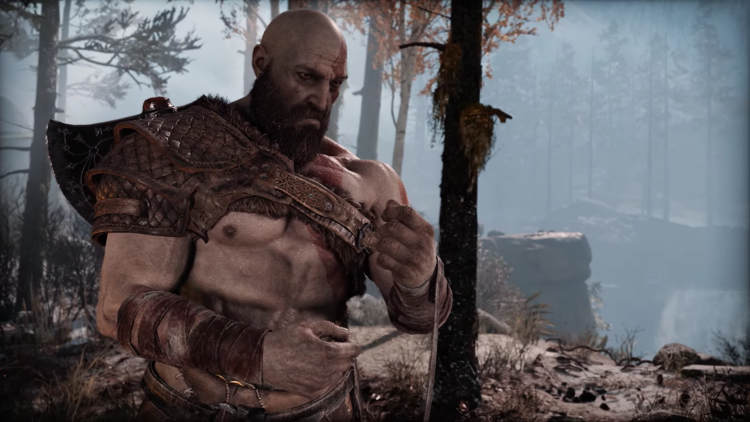 God of War is almost upon us, and it looks abundantly clear that things are changing massively for the series. Everything from the combat, to the way Kratos behaves, to the way the camera is positioned looks so vastly different from what’s come before in the series, and more and more people have been likening the game and its design philosophy with the Dark Souls games. In a Q&A with the official PlayStation blog, game director Cory Barlog spoke a bit about these comparisons.

Barlog was asked about several things, from the combat with Kratos now having a shield, to how the levels seem to be mazes that wind on and around themselves, and how both those things seem to mimic what one might usually see in Dark Souls. Barlog, however, said that these things have always been part of God of War in some way, shape, or form.

“In all of God of War history, we’ve had those sort of interwoven levels,” Barlog said. “Whether it’s in the early God of War games with the Architect’s temple on Cronos’ back [in the first God of War] – spoilers f0r anyone who hasn’t played that – or when you get to the Island of the Fates [in God of War II] and you kind of have those areas that are circling around themselves.”

“We like that idea of things folding in on themselves, giving you a little bit of that exploration,” he continued. “Because a big part of this game was, we want to keep broadening it. As you play the game, it just keeps getting more and more broad, and your exploration and your curiosity is rewarded, even more as you branch out on an unmarked path.”

Barlog also mentioned the shield, speaking about how this isn’t actually the first time that players will be equipped with one in a God of War game- remember the Arms of Sparta (the spear and the shield) in Ghost of Sparta? God of War launches on April 20 for the PS4. Not long to go now. Stay tuned to GamingBolt for continued coverage on the game.