Game director Eric Williams speaks about how he fought to keep one of God of War Ragnarok's biggest fan favourites in the game. 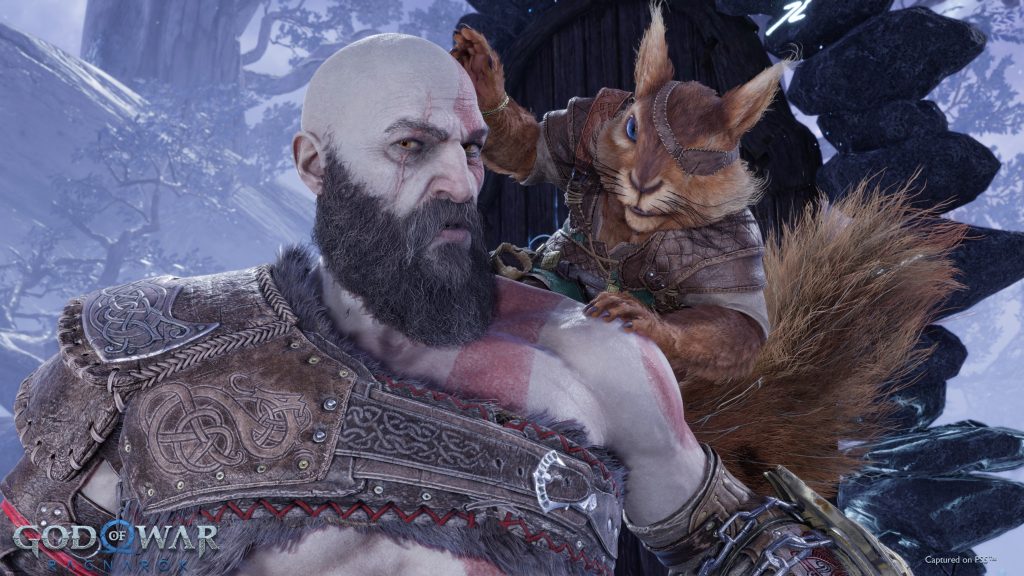 God of War Ragnarok surprises players in a number of ways, and one of its most unexpected surprises comes with the introduction of a new character a few hours into the game- Ratatoskr, the talking squirrel who essentially serves as the caretaker of the World Tree.

Since the game launched earlier this month, Ratatoskr – voiced by YouTube personality and voice actor SungWon Cho – has quickly become a fan favourite, owing to how consistently funny he is and how unusual of a personality he comes across as, especially in a God of War game. Those, of course, are the reasons his character works so well (among others), but funnily enough, those were also the reasons that led to members of the game’s development team consider cutting him out entirely.

Speaking in an interview with Game Informer, God of War Ragnarok game director recently revealed that because of how un-God of War Ratatoskr sounded in concept, there was pushback against his inclusion in the game from many at Santa Monica Studio. Williams, however, thankfully fought to keep him in.

“I wanted this character in the game,” he said. “I wanted him to do these things and everyone was like, ‘We have to cut this. We have too many characters.’ And I was like, ‘No! He’s staying in the game.’”

“That scene where he shows up? That was the one everybody was like, ‘Okay, are we going too far?’” he added. “Even the music director was like, ‘I don’t even know what to do with the music here. This is so far away from God of War. We don’t even have music written that will help this along!’ They had to go back and piece some stuff together for it because it was so foreign to what God of War is.”

God of War Ragnarok is available on PS5 and PS4. Sony recently announced that the game sold 5.1 million units worldwide in its debut week, becoming the biggest ever first party launch in PlayStation history. You can read our review of the game through here.