Giants, gods, heroes, and more- there's more than a few mythological figures that Kratos could come up against.

God of War as a series has built its reputation on excellent boss fights, and even though that was an area where the 2018 soft reboot fell short of expectations, we’re quite optimistic about how things will turn out in its upcoming sequel. With all the groundwork for the engine and new gameplay mechanics in place, SIE Santa Monica will hopefully be in a position where they can spend more time on in-game content, which will probably include boss fights. With all of the rich depths of Norse mythology and the series’ own lore to dive into, there’s no shortage of figures that Kratos and Atreus could come up against in set-piece encounters, and here, we’re going to talk about a few that we’re hoping will make the cut. 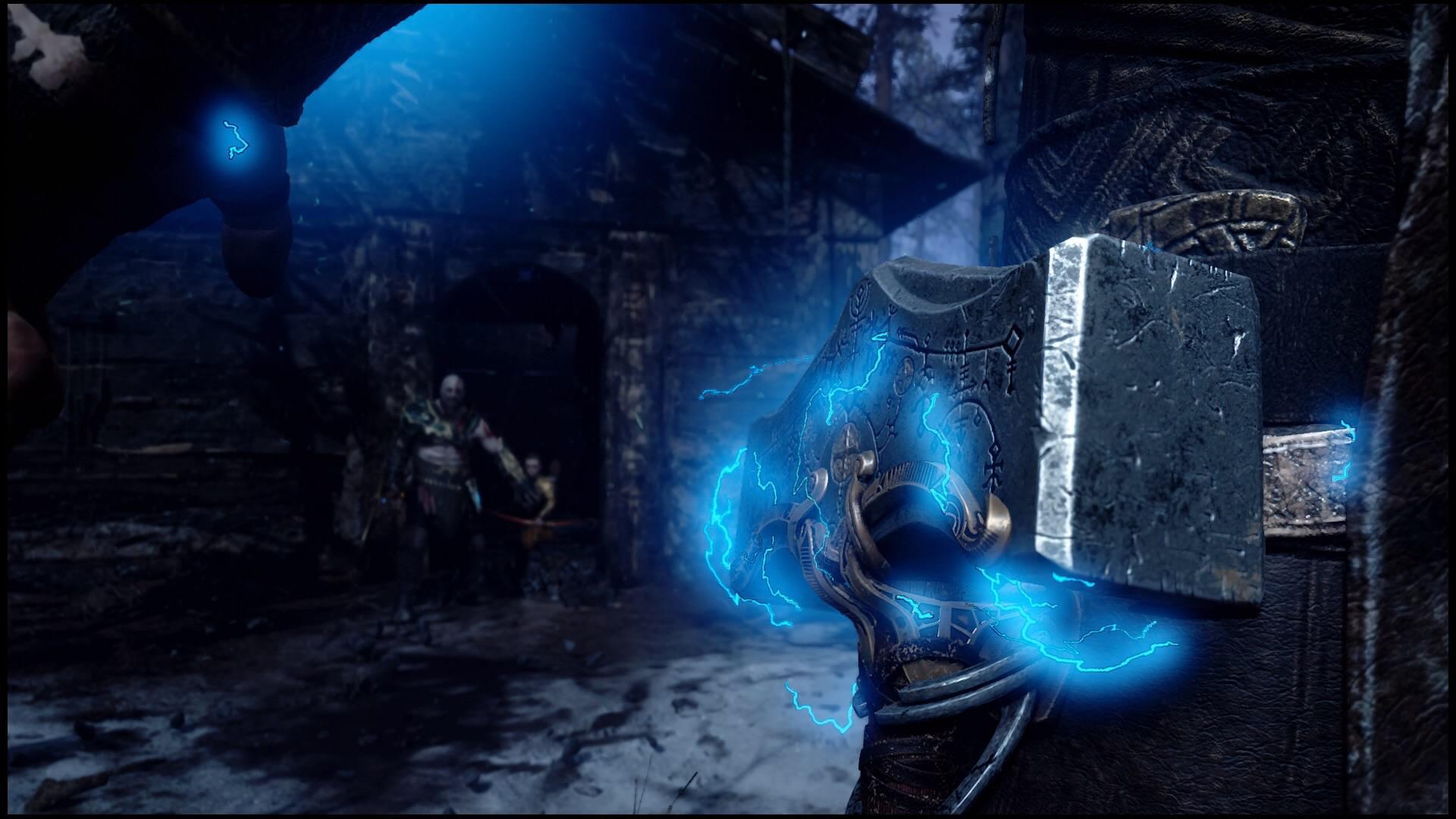 Let’s kick things off with the most obvious pick. God of War (2018) ended with the incredible tease of a future locking of horns between Kratos and Thor, son of Odin. The entire game, in fact, built Thor up as a formidable foe, and there’s absolutely no doubt that he’s going to be a major antagonist in God of War: Ragnarok. That there will be a Thor boss fight is not even a question at this point, so as far as this entry is concerned, what we’re hoping for is solid execution. And given the series’ track record, we’re more than just a little optimistic about that as well.

The head honcho of all fire giants, Surtr is almost definitely going to have a major role to play in the upcoming sequel. According to Norse mythology and according to God of War’s own take on it, Surtr is destined to be a key figure in Ragnarok, supposedly as the one who will bring about the destruction of Asgard. Getting to take on this massive jotun in an epic boss fight would be a very God of War thing for the game to do. Of course, as things stand right now, Kratos only seems to be headed for a fight with the Aesir, and his association with the jotun has been surprisingly friendly- from Faye to Jormungandur to, of course, Atreus, who is half-jotun. But then again, Kratos has never been one to value associations like that too much, so you never know.

If Kratos does indeed head to Asgard to take on the Aesir – and it’s looking very likely that he will – there’s absolute no way he will not come up against Heimdall. He is, for all practical purposes, Asgard’s first line of defence, and in charge of anyone who enters and exists the realm using the Bifrost. An adrenaline-fuelled boss fight against him the moment players enter Asgard sounds like a very alluring prospect indeed. On top of that, in actual Norse mythology, Heimdall and Loki are supposed to kill each other during the events of Ragnarok. Whether or not Atreus will die at Heimdall’s hands remains to be seen- God of War doesn’t necessarily have to follow the mythology to the letter, of course, and it hasn’t exactly done that in the past either. But even if it does portray events that are at least inspired by the mythology, a face-off between Atreus and Heimdall looks very likely. 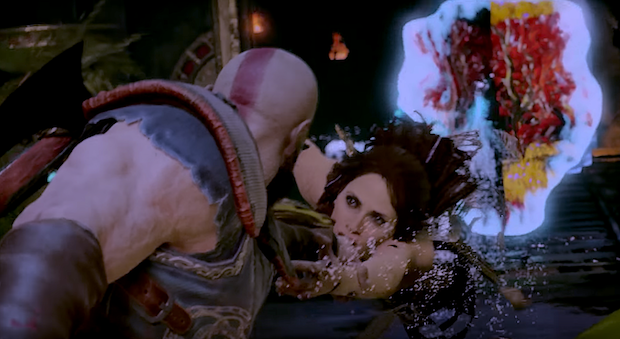 Again, this one is pretty much guaranteed to happen. After spending much of God of War (2018) as Kratos and Atreus’ closest ally, Freya broke under the weight of grief when she had to watch her son be killed by Kratos. The relationship between her and the father and son duo has soured understandably, and Freya looks hellbent on ensuring that she rains down more pain on Kratos than he could imagine. I don’t know about you, but to me, that sounds like a boss fight in the making.

If Kratos and Atreus do face off against Freya, there’s a pretty good chance that they’ll lock horns with her brother Freyr as well. But his familial connection to someone who’s shaping up to be a formidable foe for them isn’t the only reason we think he could show up as a potential enemy in God of War: Ragnarok. God of War (2018) has portrayed Freyr as a figure that has deep ties with the Light Elves (and he does indeed have ties to Alfheim in Norse mythology), and we all know that what went down in Alfheim in God of War (2018) was only setup for bigger things that are yet to come. The war between the Light and Dark Elves is far from over, and if that plot point returns in a significant manner in Ragnarok (which seems pretty likely), we would’t be surprised to see Freyr taking centerstage- perhaps even as a boss fight.

Though Kratos has fought and defeated no small number of mythological figures and titans and what have you over the course of several games, every now and then, he also comes up against (relatively) normal humans. In God of War 2 alone, in fact, he fought the Barbarian king as well as Perseus. And we’re hoping that there will be a similar boss fight against the legendary Viking Ragnarok Lodbrok in God of War: Ragnarok. After all, if Kratos does present a major threat to Asgard, wouldn’t it make sense for Odin to summon the greatest Norse warrior at his disposal from the halls of Valhalla to fight by his side? 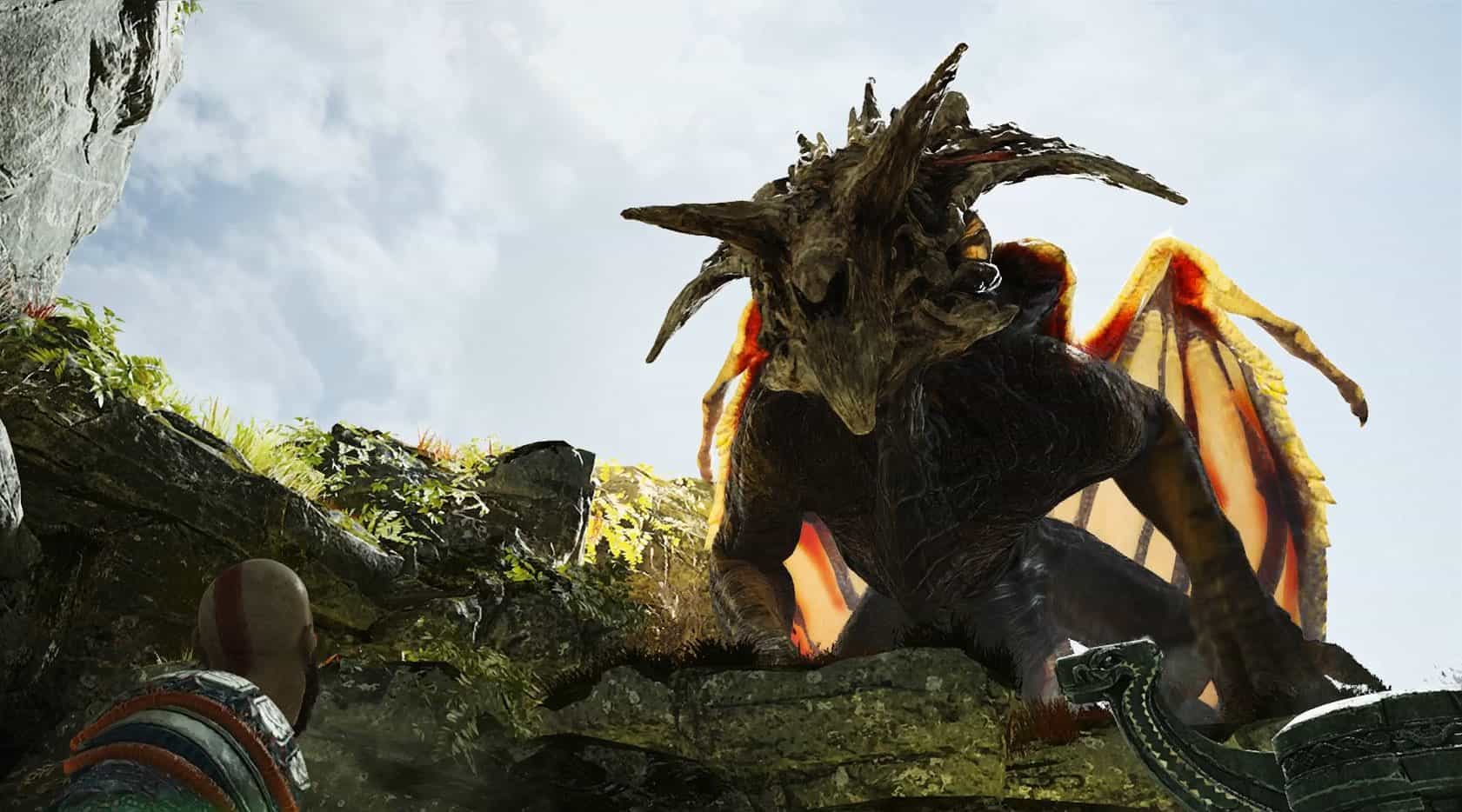 The boss fight against the dragon in God of War (2018) was one of the game’s highlights, which is why we’re hoping to fight another dragon in its sequel. Kratos and Atreus managed to free dwarf-turned-dragon Fafnir from his shackles in the previous game (at least if you did that side quest), and he’s still out there in the world somewhere. There’s every chance they could cross paths with him once again- maybe even in another side quest. And maybe that side quest could end with a boss fight against said dragon? One can always hope. 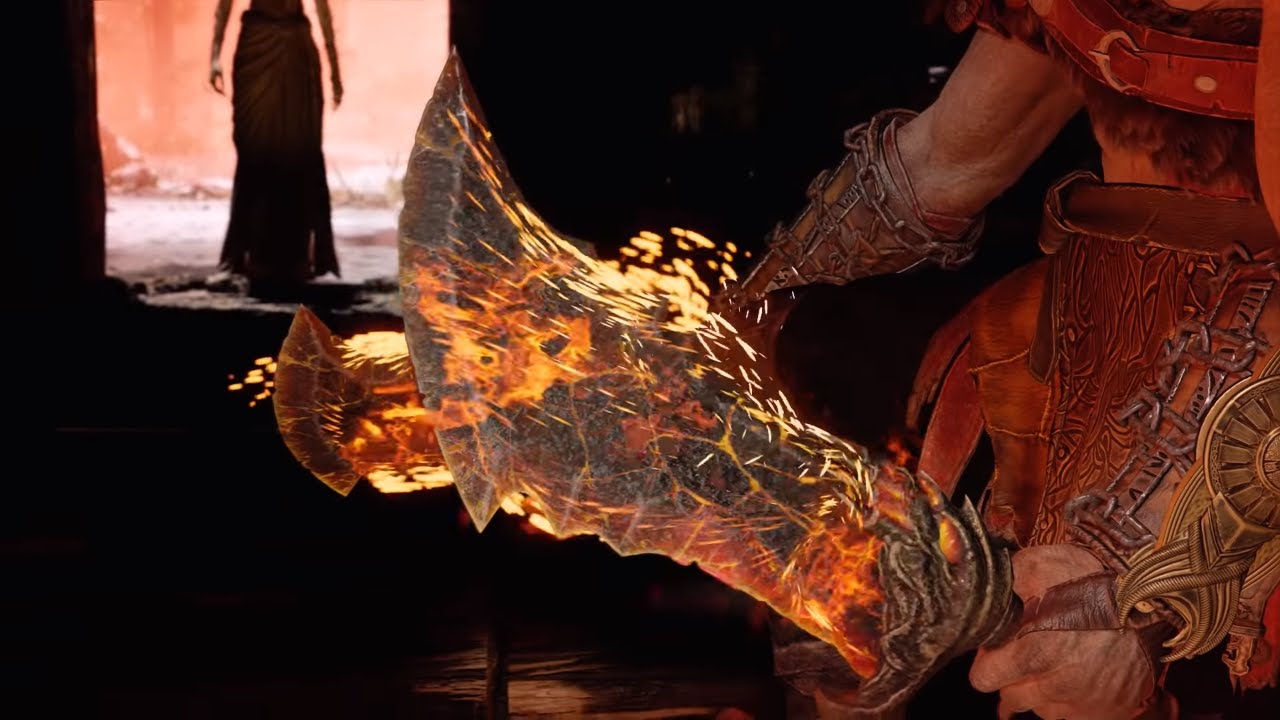 This one’s a little tricky. By all accounts, Athena is dead- but she was very much around (if not alive) in God of War 3. In God of War (2018), meanwhile, she showed up in a couple of scenes, though the jury’s still out on whether she was actually Athena herself, or just a hallucination, or perhaps just a storytelling device. Either way, it’s clear that the series isn’t willing to let Kratos live down his eventful past all that easily (nor should it), and if it does want to double down on that, bringing Athena back would be the perfect way to do so. We do admit, doing that might seem a little tricky, and maybe even incongruous with the direction the story is taking- but we’ll be thrilled if God of War: Ragnarok does manage to find a way to bring her back in a satisfactory manner and have Kratos fight against her to put her down for good. 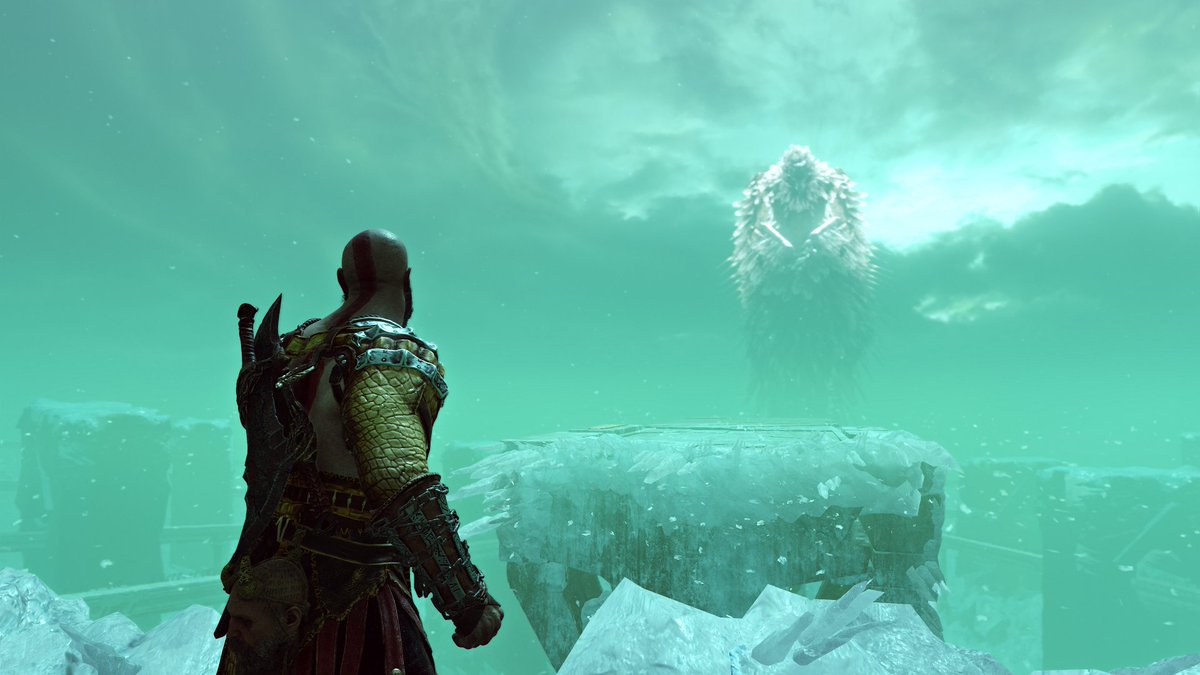 Hraesvelgr, also known as “what the hell is that giant bird in Helheim and why hasn’t Kratos ripped its wings off already”, was supposed to be a boss fight in God of War (2018) itself, but the game’s development timeline forced SIE Santa Monica to cut it out of the game. As disappointing as that is, we’re hoping that they will decide to finish what they started in God of War: Ragnarok. A boss fight against that giant is just the sort of thing that God of War does often, and does so well, which is to say we’ll be really surprised if this boss fight isn’t in the game.

Sooner or later, Kratos and Atreus will obviously go up against Odin. He’s the big bad of this arc, and he’s going to be their final enemy before God of War wraps up its Norse saga. And there’s every chance that SIE Santa Monica saves him for the final game of the saga, and instead focuses on someone else (probably Thor) as the primary villain in God of War: Ragnarok. Then again, that doesn’t mean Odin cannot be a boss in the next game. Zeus was the big bad of the series’ Greek saga, and he ultimately died in God of War 3, but there was a pretty rad Zeus boss fight in God of War 2. Who’s to say something similar can’t happen in Ragnarok?