We take a look at how God of War Ragnarok adapts its source material, and how it puts its own spin on things.

Since 2005, when God of War first made its debut on the PS2, right up till now, with God of War Ragnarok on the PS5 and PS4, the series has had a knack for interpreting its mythological inspirations in very interesting ways. This was, of course, true for the Greek era games as well, but God of War (2018) in particular was widely lauded for the ingenious spin it often put on so many of the Norse myths it interpreted, from the death of Baldur being caused by mistletoe to the fact that Atreus is actually Loki.

Unsurprisingly, God of War Ragnarok does plenty of that as well. At the same time, just like its predecessors, it doesn’t feel bound to the material that has inspired it by any means, which means “mythological accuracy”, if such a thing even exists, is far from a priority, and if and where the game feels the need to completely go against what’s found in the Poetic Eddas, it does that without hesitation. Here, we’re going to take a look at a few key examples of both, moments where it interprets Norse myths with its own unique spin on them, and moments where it decides to go completely off-script and do its own thing.

Early on in God of War Ragnarok, Fenrir dies of a prolonged sickness, with a piece of his soul sneakily embedding itself into Atreus’ knife without him or Kratos noticing. Much later in the game, in the middle of a losing battle against the massive hellhound Garm, Atreus stabs the giant wolf and transfers Fenrir’s soul into its husk of a body, essentially turning it into a vessel for a reborn Fenrir. That, funnily enough, is a rather intriguing take not only on the myths, but on their interpretation itself, because Garm and Fenrir have often been assumed by many to be identical, or even the same entity. For God of War Ragnarok to have both featured as separate characters, only to merge the two as one (while also giving Fenrir the massive body that the myths say he has) is a very clever way to interpret the source material.

Since we first learned that Atreus is Loki, one of the biggest questions many have had is how the story will tie him to Jormungandr- because, of course, according to the Norse myths, the World Serpent is one of Loki and Angrboda’s children. That’s not exactly God of War Ragnarok’s version of events, but it does get pretty close in very clever fashion, because in a manner of speaking, Loki and Angrboda do giving birth to the World Serpent as we know it. When the two find themselves in Gryla’s lair, Atreus and Angrboda transfer the soul of an unknown giant from one of the marbles they have into their possession into the body of a snake- a snake that goes on to grow massively (and quickly), become the World Serpent as we know it.

There is a great deal about this game’s take on the world-ending event known as Ragnarok that is very different from how the Eddas describe it, but some key details are on-script- including the most key detail of them all. The culmination of all of Ragnarok is supposed to be the massive fire giant Surtr plunging his gargantuan fire sword into the heart of Asgard, causing the realm’s destruction. That, interestingly enough, is exactly how things go down in the game as well.

While there are a few key deaths that are supposed to happen at Ragnarok but don’t happen in the game (or at least not in the way they should- more on this in a bit), one character who goes out in roughly the same fashion as the myths is Freyr. According to the Eddas, Freyr is killed by Surtr during the events of Ragnarok. That’s roughly what happens in the game as well, though there are a few variations- for instance, in the game, Freyr decides to stay back and hold back Surtr so that Kratos, Atreus, Freya, and the others can escape, which is what leads to him dying at Surtr’s hands. 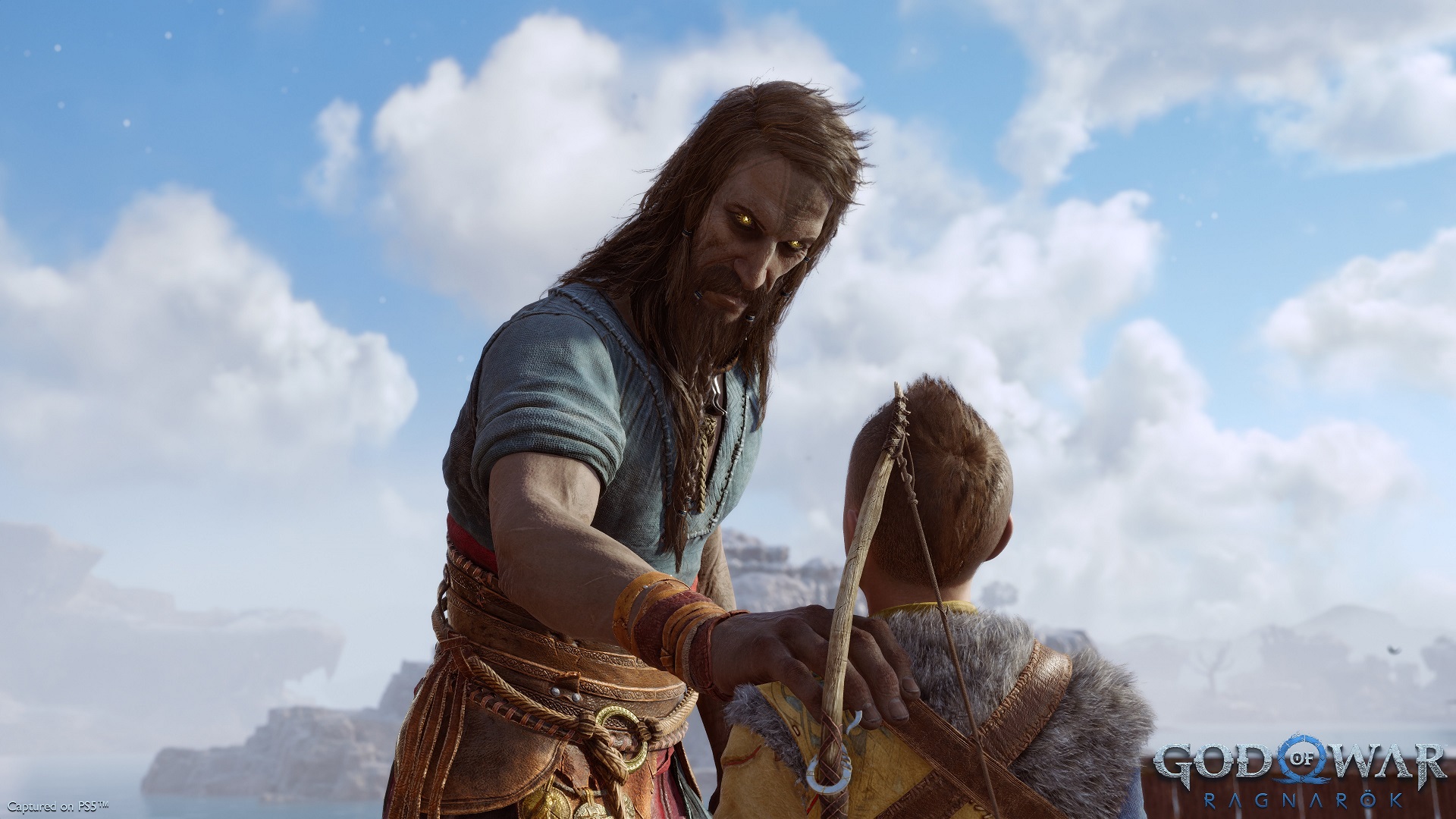 This is an excellent example of how Sony Santa Monica managed to find the perfect way to interpret a myth for gameplay purposes. Having a replicating and detonating spear as the third main weapon in the game was an idea that they had from the get-go- and how did they decide to contextualize it in the story? Well, thankfully, the answer was right there in the Norse myths, which describe Draupnir as a ring forged by Brok and Sindri that has self-replicating powers. Having that ring serve as the basis for Draupnir and its powers is quite clever, to say the least.

God of War Ragnarok makes liberal changes to the source material inspiring, especially where the titular Ragnarok as concerned, and one of the biggest ones concerns Thor’s death. Thor does die in the game, just as he’s supposed to in the myths, but he doesn’t die the way he’s supposed to. While the texts have him dying during the events of Ragnarok in a fight against the World Serpent (and vice versa), in God of War Ragnarok, after knocking Jormungandr back in time with a massive strike, Thor rejoins the battle, only to be eventually killed by his own father, Odin.

Another key character whose death in God of War Ragnarok is very different from how it goes down in the source material is Odin himself. In the game, Odin is defeated in battle by Kratos, Atreus, and Freya, following which Atreus whispers his soul into a marble. To cap things off rather conclusively, Sindri takes that marble and smashes it into smithereens. In Norse mythology, while Odin does still die at Ragnarok, he is killed by Fenrir, who devours him whole, following which Odin’s son, Vidar, kills the wolf to avenge his father. 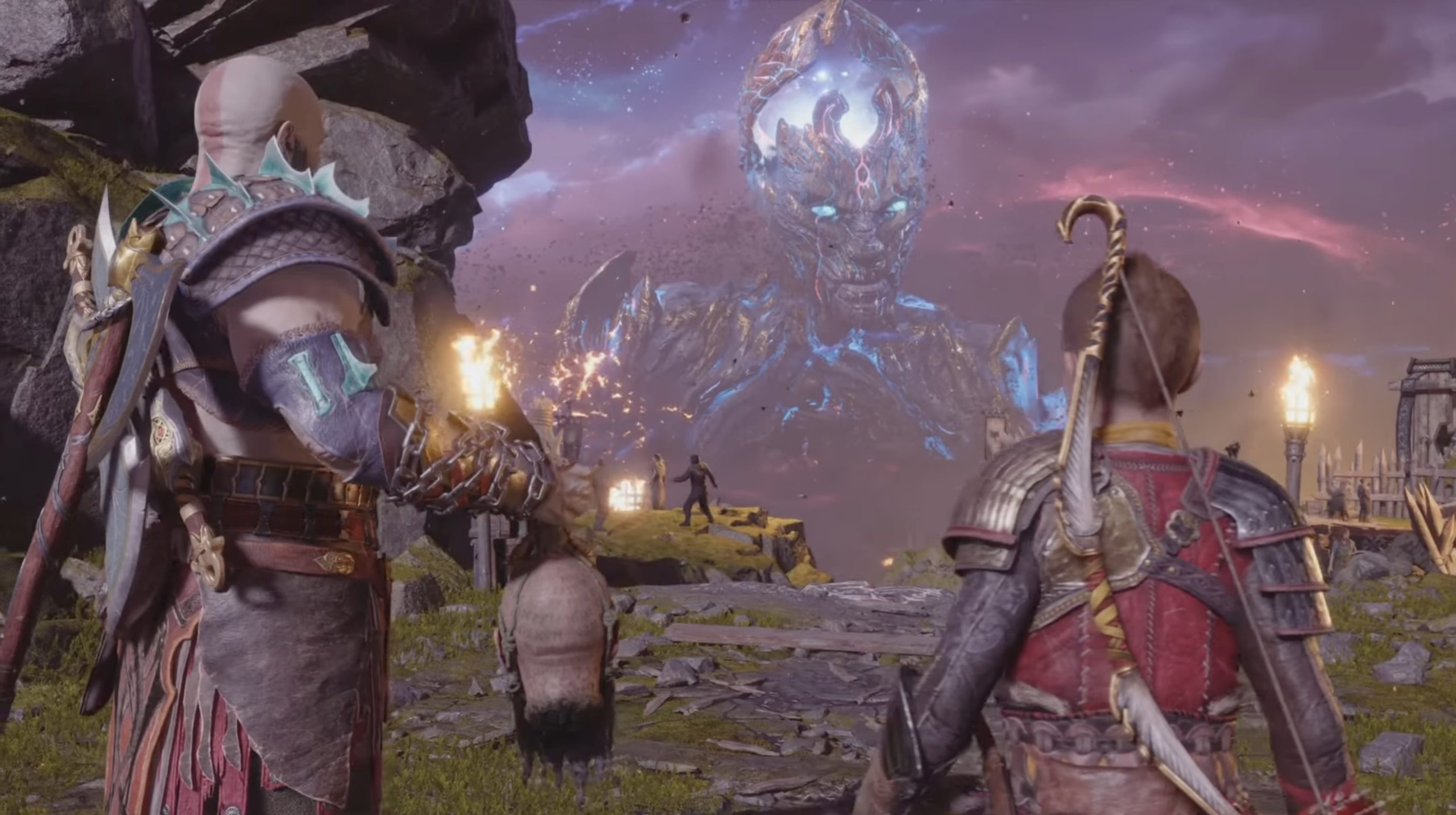 One key element that God of War Ragnarok introduces towards the very end is- well, Ragnarok. In the game’s version of events, Ragnarok isn’t just the climactic battle that brings the destruction of Asgard. It’s also the name of the entity that Surtr becomes after Kratos strikes the icy heart of Sinmara inside of his body and then tosses the giant into the Spark of the World. In the myths, there is no being known as Ragnarok- it’s just the name of the final battle that brings about the destruction of all the realms and most of the Aesir.

Forces from across the Nine Realms come together to fight by Kratos and Atreus’ side when they march on Asgard at the end of the game, but one key chunk of the army is missing. The army led by Loki at Ragnarok is supposed to also include forces of the dead from Helheim, recruited to the cause of attacking and destroying Asgard. While Kratos and co. do initially plan to have Helheim’s forces join their army, that ends up falling through, and the dead are nowhere to be found at the final battle.