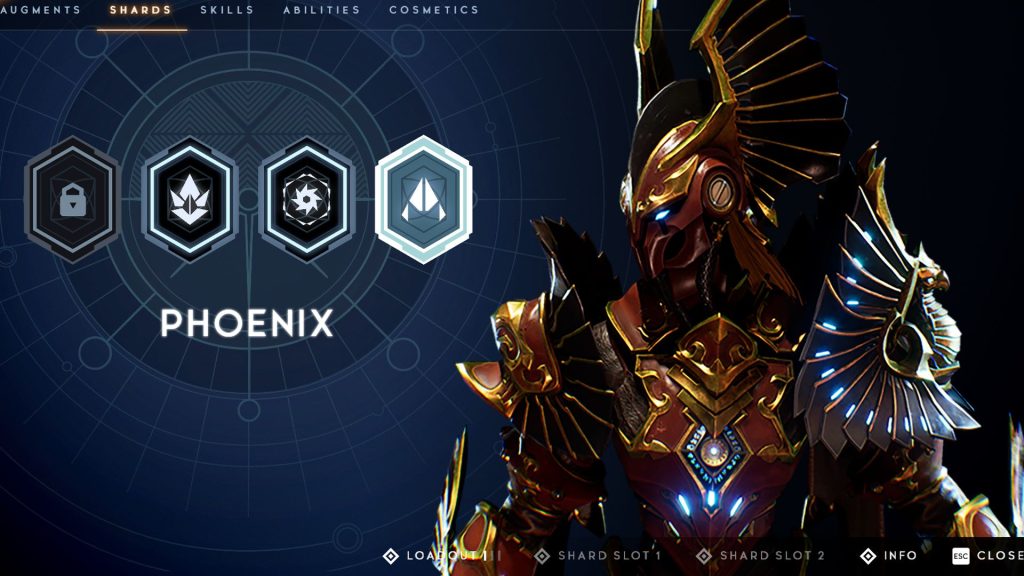 While Counterplay Games has a new co-op title in the works, it’s still updating the action RPG Godfall. The newest update “Exalted” is out on April 7th and adds Valorplate Shards, improves the story and much more. Valorplate Shards are essentially unique abilities for each Valorplate that make them more unique (like Phoenix resurrecting herself on death).

Upon collecting all Shards for a Valorplate, their Ascendant form will unlock and provide a second passive. Level up all of the Shards, and the Valorplate becomes Exalted, earning a third passive and new cosmetic. As for the story, Ravenna and Soras now accompany and fight with Orin in some story missions while Macros has a stronger presence throughout.

Combat has also seen some improvements with each weapon now having Timing Attacks that can be used after weapon techniques. It’s also possible to quickly recover from a knockdown via a new skill and revive other players in co-op. Realm Bosses have also had the Sigil mechanic removed – they’ll be available when the story allows but there are now three captains that can be killed to remove banes from the boss and make it easier.

For more details on the different Valorplate Shards, head here. Godfall is currently available for PS4, PS5 and PC.