Jin Park, who's in charge of branding and campaign art direction, recently posted concept art and a slide of the new release window. 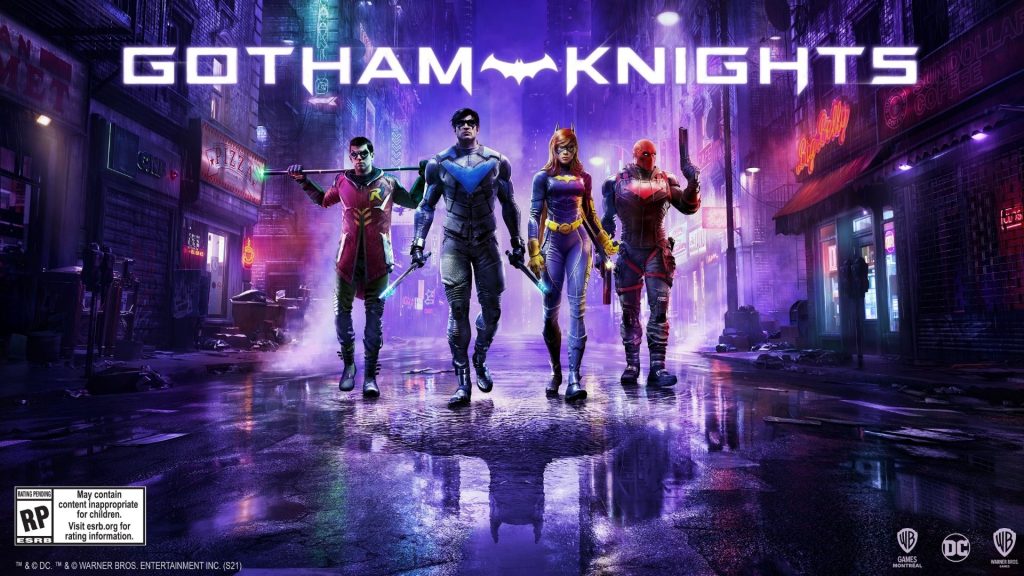 One of the biggest upcoming releases for Warner Bros. Interactive Entertainment is Gotham Knights, originally slated for this year and subsequently delayed to 2022. No new release window has been given beyond this but it seems that it could be targeting a Spring 2022 launch. Rokkan NY’s Jin Park, who worked on the branding and campaign art direction, posted some concept art on his website recently with a logo of the game that says “2022 Spring” underneath. This could mean anywhere from March 20th to June 21st next year.

The actual page has been pulled but The Game Post has screenshots for the same that can be seen here. Along with the concept art, there are notes on how this is a “new phase in a franchise that has always been centered around one icon with an overwhelming presence, that will now focus on introducing four heroes as our leading characters.” Park also notes that they’re on “different journeys that will lead to be a knights of their own.”

Of course, each hero will also be battling against the Court of Owls and its fearsome Talon assassins which were revealed in a recent trailer. Gotham Knights is in development for Xbox Series X/S, Xbox One, PS4, PS5 and PC. With this recent leak, it’s possible that a release date announcement could be made at The Game Awards 2021 on December 9th. Stay tuned for more details in the meantime.