Posted By Rashid Sayed | On 09th, Feb. 2010 Under Rumors | Follow This Author @GamingBoltTweet

After being in development for almost five years, gamers (including us) around have been waiting for Sony and Polyphony Digital to announce the release date of Gran Turismo 5. Although there have been reports of the game being delayed until Autumn of this year, but a an ad spotted by GamingOwl.com might actually put these rumours to rest. The ad spotted at Target clearly shows that Gran Turismo 5 might actually be releasing on 30th March, 2010. However at Target’s Gran Turismo 5 page, the release date is shown as 29th June. 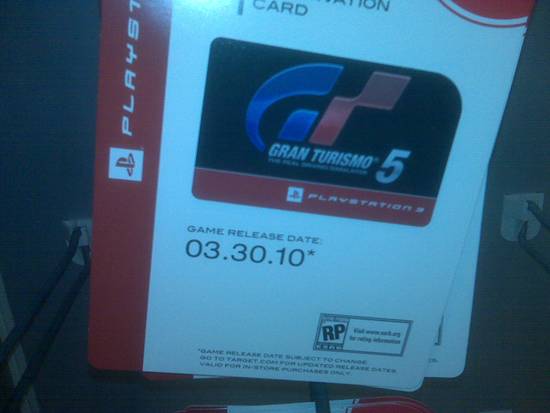