Cygames has been fairly busy of late with Granblue Fantasy Versus, which will be receiving some new updates and fighters this year. But what about Granblue Fantasy: Relink? The action RPG has made sporadic appearances since its announcement and doesn’t seem any closer to a release date.

However, it seems that development is going well as per director Tetsuya Fukuhara. On the recent Granblue Fantasy Summer 2020 Special, he promised more details would be coming at Granblue Fantasy Fes 2020. A slide was also showcased which is apparently in-game and promises a release date announcement (if not an updated release window).

Granblue Fantasy Fes 2020 runs from December 11th to 13th though so it’s going to be a long wait. Granblue Fantasy: Relink is currently in development for PS4. With next-gen consoles out this holiday season though, it wouldn’t be strange to see it release for PS5 as well. Stay tuned for more details in the meantime. 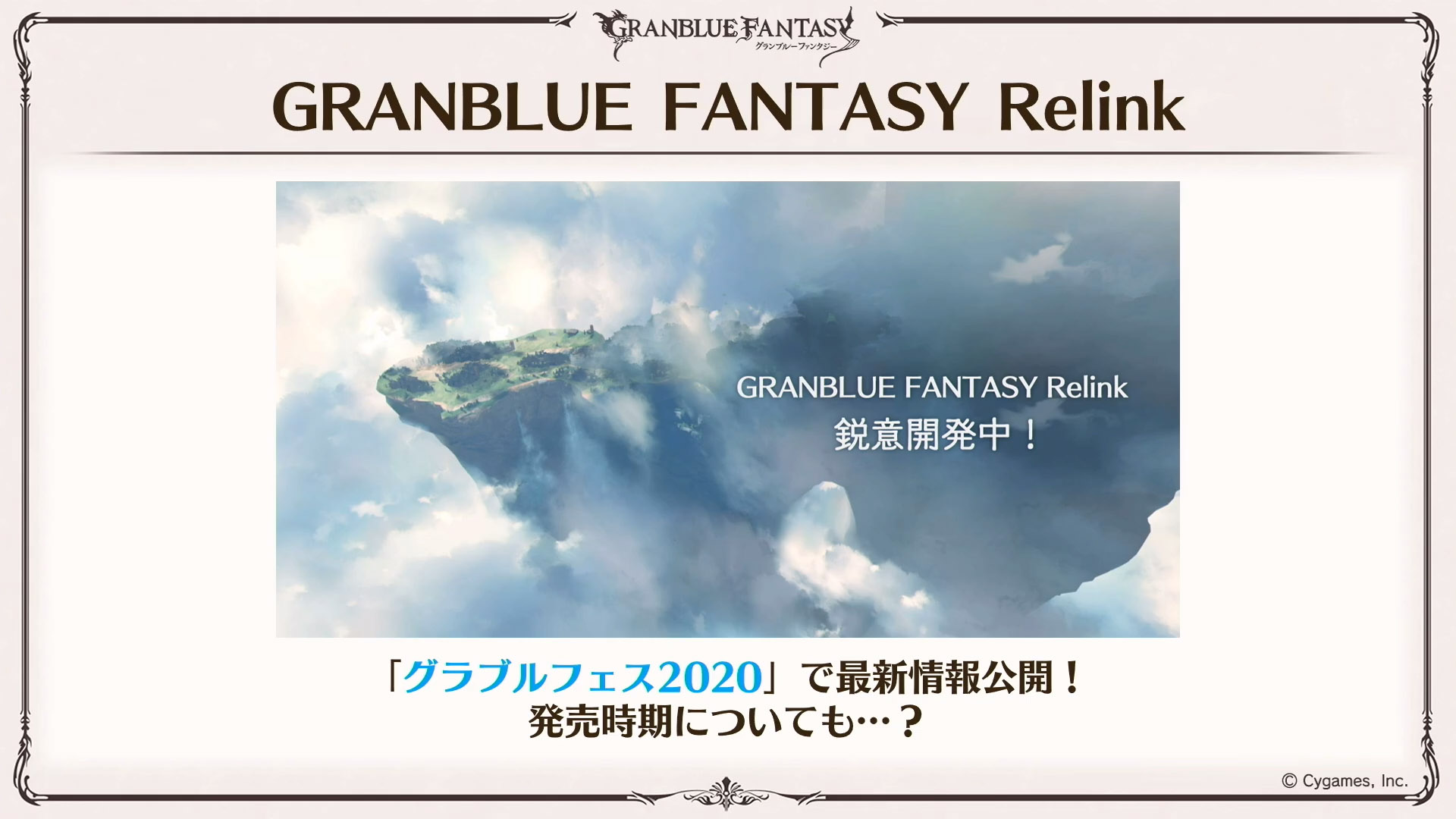