A game as unbelievably influential as GTA 3 should have had a remaster for the ages, and it’s more than a little disappointing that Rockstar didn’t understand that. For whatever reason, in more than a few ways, the GTA 3 remaster – like the other two remasters it comes packaged with – feels like a step back from the original classic. We ran several tests across a number of scenarios in the game to see how much truth there is to that, and here’s what we found.

At this point, the botched rain effects have become the poster child of the messed up state that the GTA trilogy has launched in, so it makes sense to start with this. The blinding rain effects (which feel more like a rain filter plastered on the screen) are a problem in all three games, but in GTA 3 in particular, it’s basically impossible to drive around when it’s raining out, especially at nighttime.

The original GTA 3 did a number of things, big and small, to really sell its version of a fictional representation of NYC. For instance, scattered on the ground and roads everywhere in the city you could see a bunch of litter and old newspapers. That isn’t the case in the remaster. Sadly, everything just looks cleaner, which takes away from the game’s atmosphere in a surprisingly noticeable way. 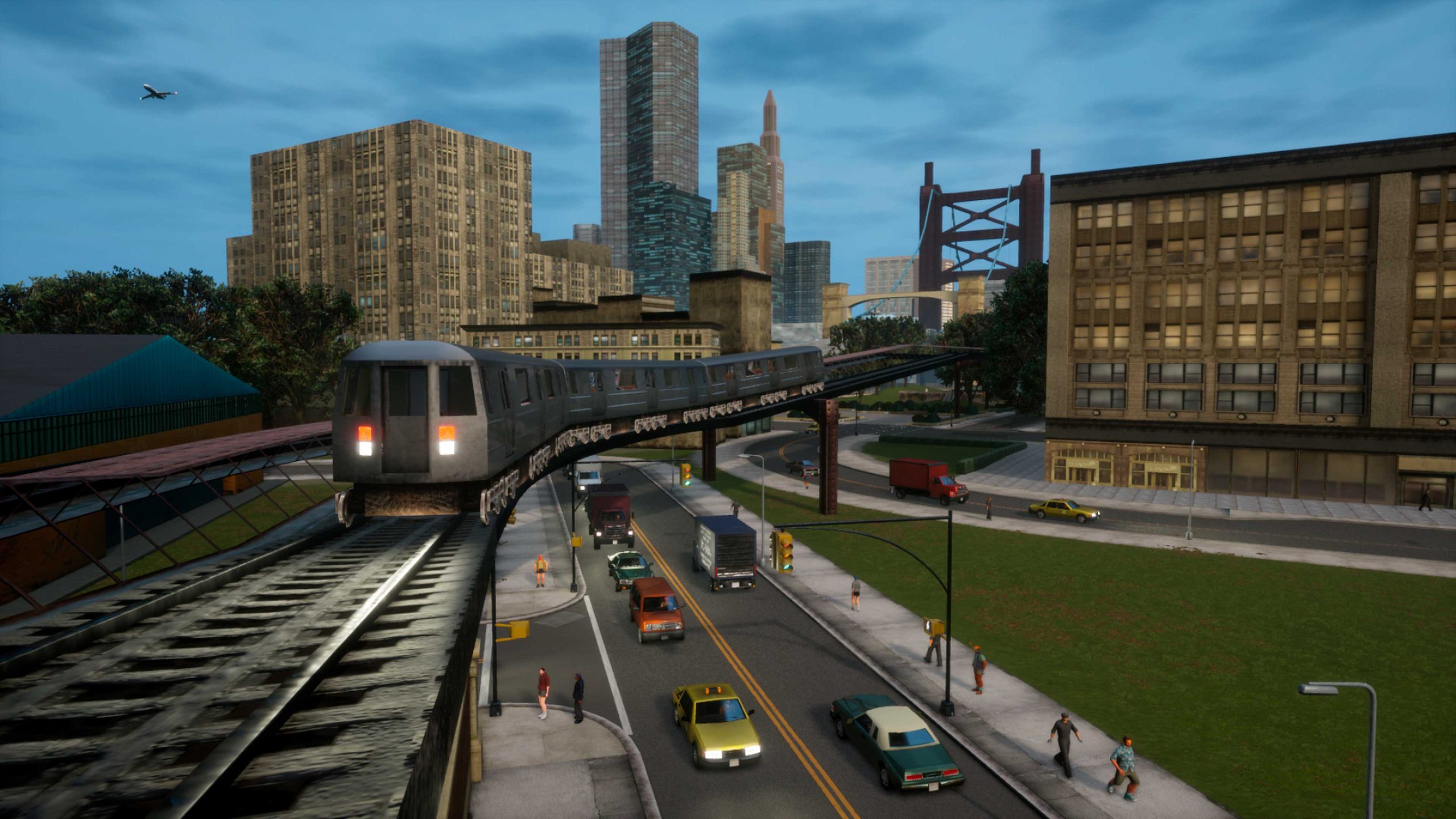 No longer constrained by limited hardware the way the original games were on the PS2, the GTA 3 remaster doesn’t have to resort to blanketing its world in fog to make up for its limited draw distances, which are significantly better here. That said, these are small maps by current standards, especially the one found in GTA 3, so having enough draw distances to be able to see the entire map on your screen is a little strange. It makes the world feel smaller than it should.

At least where the visuals are concerned, the GTA 3 remaster (along with the other two) showcases meaningful improvements over the original. That’s true of vehicle explosions as well. The explosions themselves look much better defined and, well, explosion-y, while being able to see chunks of a mangled vehicle fly off in much greater detail is also a nice touch. 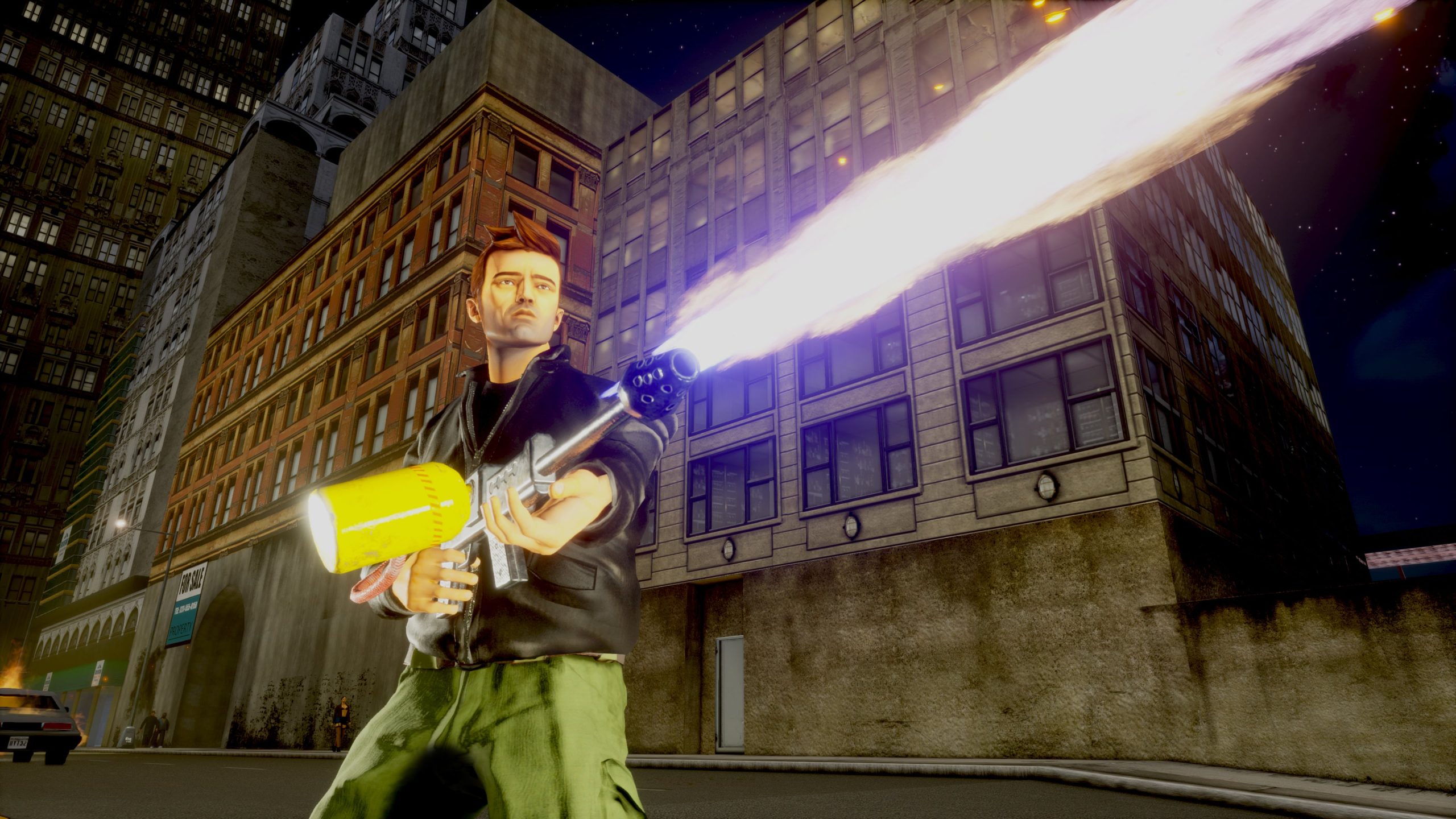 Even beyond the vehicle explosions, fire effects in general look pretty good in the GTA 3 remaster. As opposed to the wispy and sort of gaseous looking flames of the original, fire has a much better visual presence in the remaster. In fact, you can also see flames leaving behind scorch marks on the ground, which wasn’t the case in the original game.

This is one area where GTA 3 is unchanged from the original, which is disappointing in its own way. Shooting at car windows basically does nothing- or not what you would expect, at least. The game just registers it as a hit like it would on any other part of the vehicle’s body, and you can’t break individual panes of glass on cars. 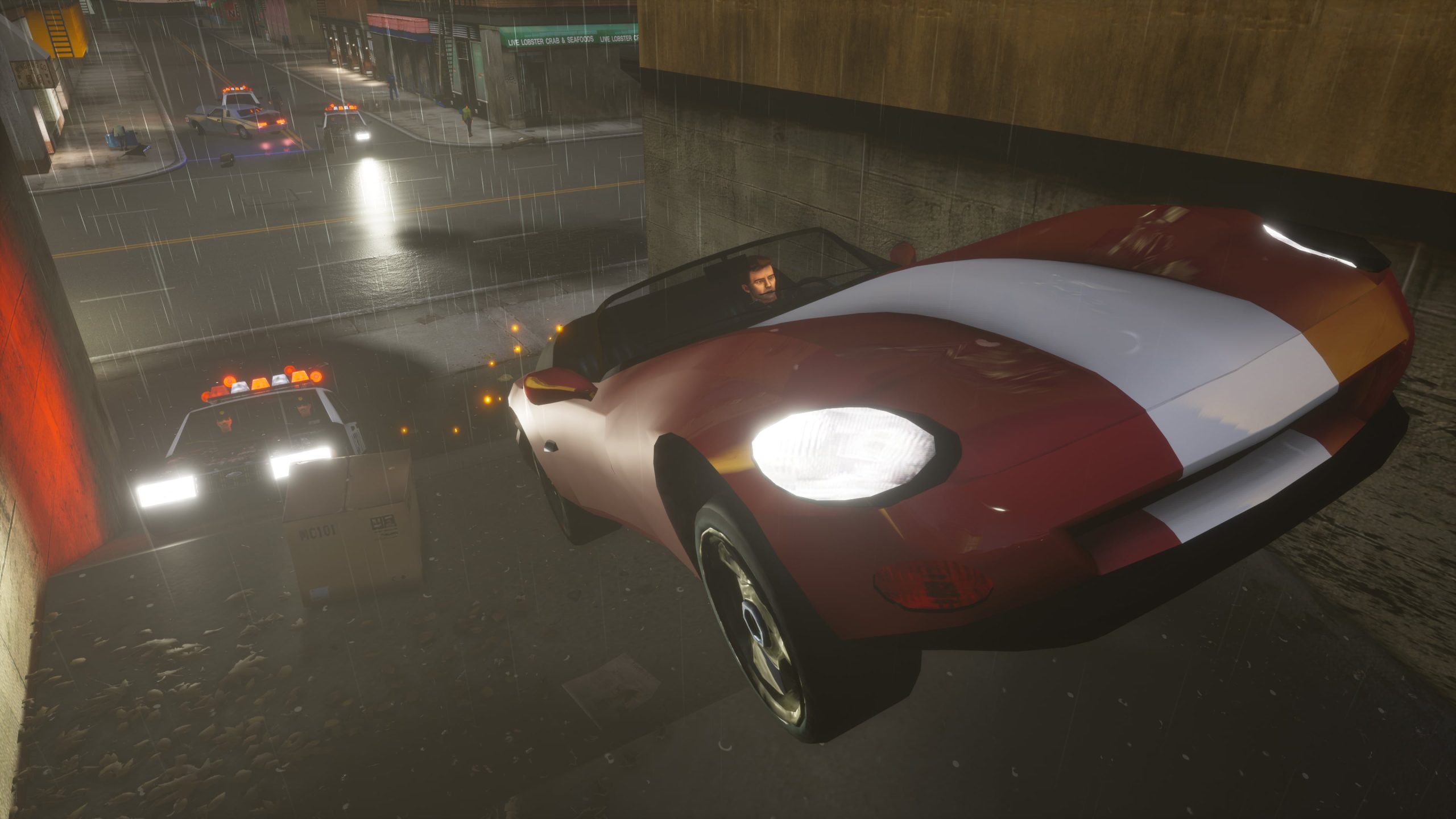 Similar to windows, vehicles’ tires in GTA 3’s remaster are also read by the game as any other part of the car’s body, just as they were in the original. You can’t shoot out tires and make them pop, which is a bit of a bummer, because that is, of course, something that became a staple in the GTA games later on, and it’s disappointing that the remaster didn’t add that in.

This, too, is another area where the GTA 3 remaster is essentially unchanged from the original- though we’re actually happy about that in this case. Shooting a gun at a breakable window (not on a vehicle though, as mentioned earlier) will see the glass shattering and sending shards flying out. The animation still looks good, which is a relief particularly because, weirdly enough, the animations for shattered glass in the Vice City and San Andreas remasters are significantly worse than their original counterparts. 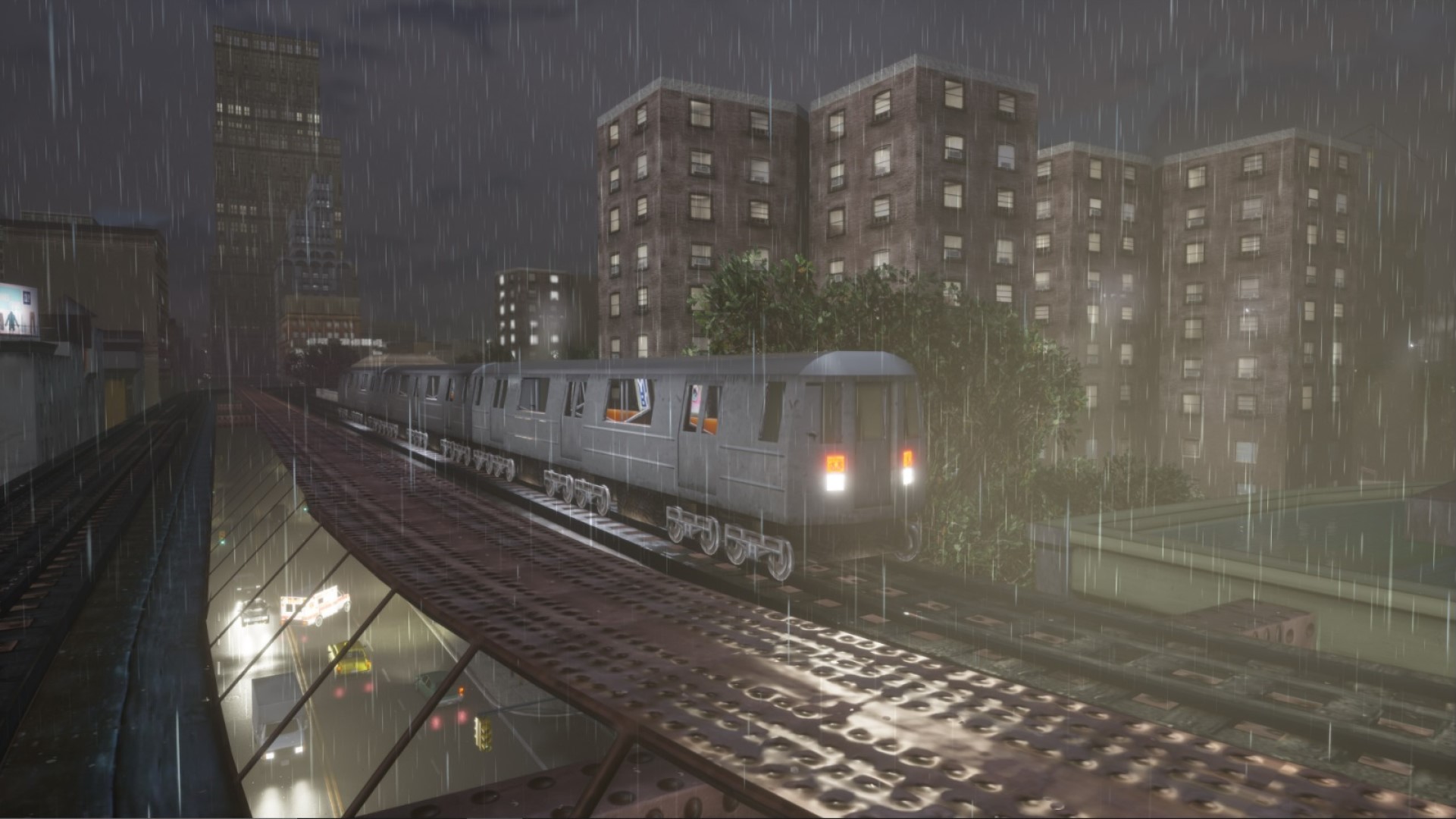 This was one of the more basic improvements you would have expected to see in the GTA 3 remaster, and thankfully, in this area, it doesn’t disappoint. Firing a gun at a body of water in the original game was basically indistinguishable from shooting at thing air, but in the remaster, you get proper splashes and ripple effects when bullets hit the water.

Sadly, water doesn’t react properly to all weapons. In fact, it doesn’t react at all if you throw a grenade in. Just as it as in the original, a grenade will explode underwater in the GTA 3 remaster just as it would anywhere else. You can even see fire and smoke coming out of the water, which is quite strange to look at. 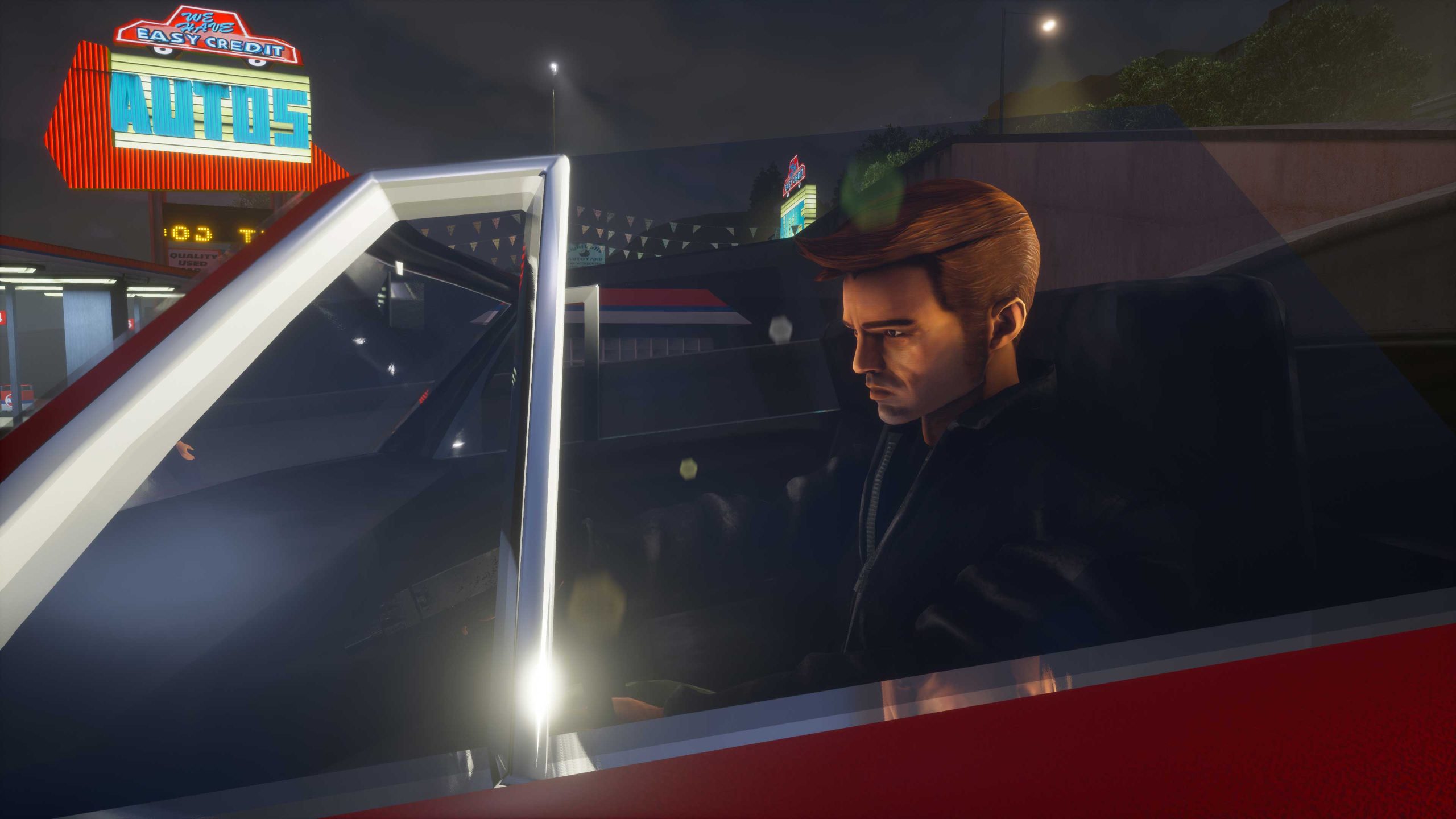 The GTA 3 remaster does exhibit surprising attention to detail in some areas, for all of its faults. For instance, shooting bullets at trees in the original yielded essentially no results, which wasn’t surprising for a game that launched back in 2001. In the remaster, however, you can see your bullets leaving behind bullet holes in trees.

Flying vehicles were almost entirely missing in the original GTA 3 (with the exception of the Dodo), which meant that Rockstar, for understandable reasons, didn’t feel the need to work on their hitboxes or what have you. That hasn’t changed in the remaster either. You can go stand in front of a plane on a runway that’s about to take off, and it’ll pass right through you like it were made of gas. 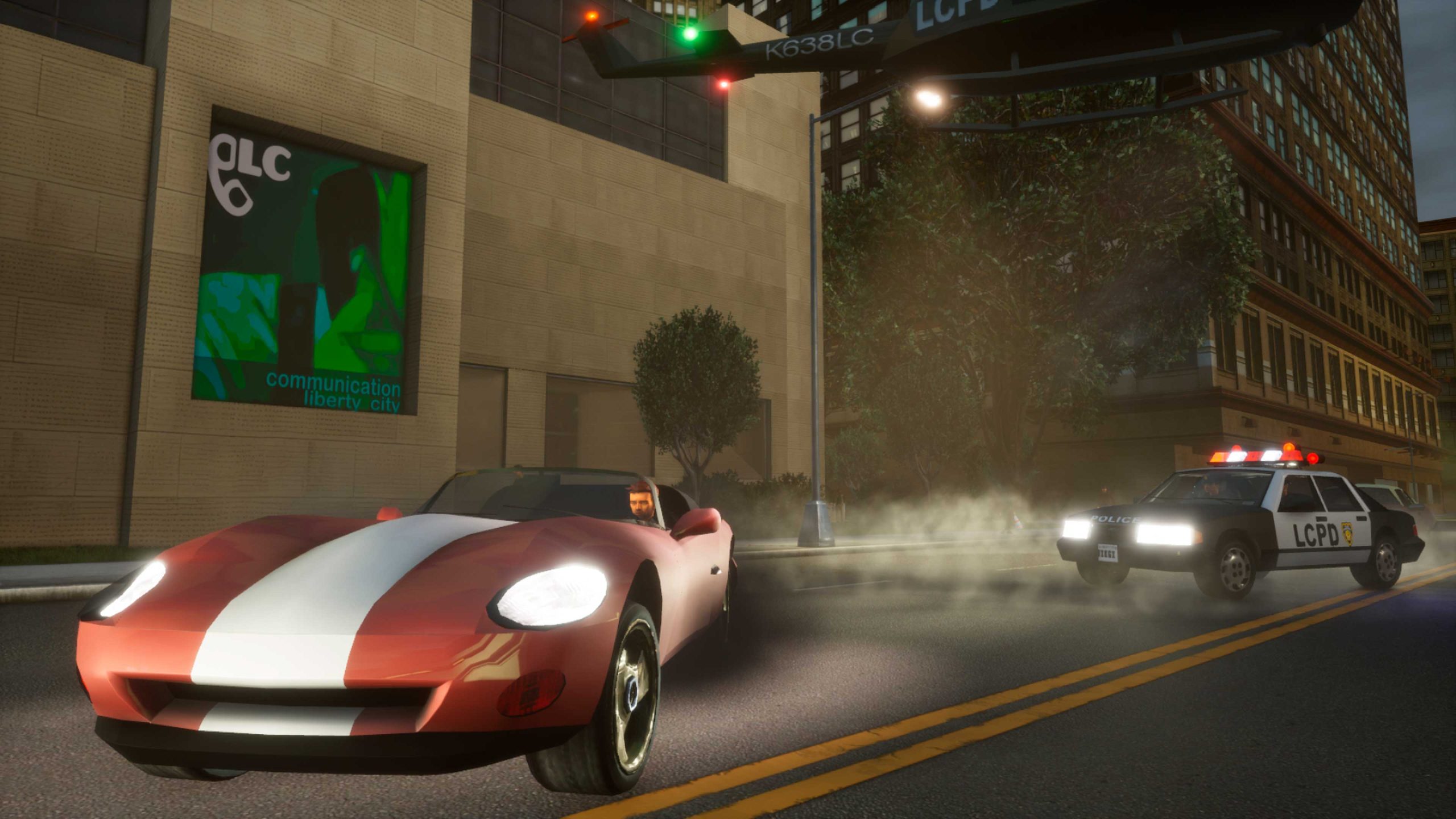 Since flying vehicles weren’t something GTA 3 had to deal with, the game didn’t pay a lot of attention to higher altitude locations in Liberty City- in particular, we’re talking about the rooftops of skyscrapers, which had invisible surfaces that players could walk on if you somehow managed to get there. The remaster doesn’t fix that, and you can still essentially walk on air if you get to the top of a skyscraper.

GTA 3 exhibited shocking attention to detail for its time when the game first came out. One example of that was being able to walk through a puddle of blood and actually leaving behind bloody footprints on the ground. The remaster, thankfully, doesn’t mess with that. In fact, the footprints actually stick around far longer, and are much more detailed. 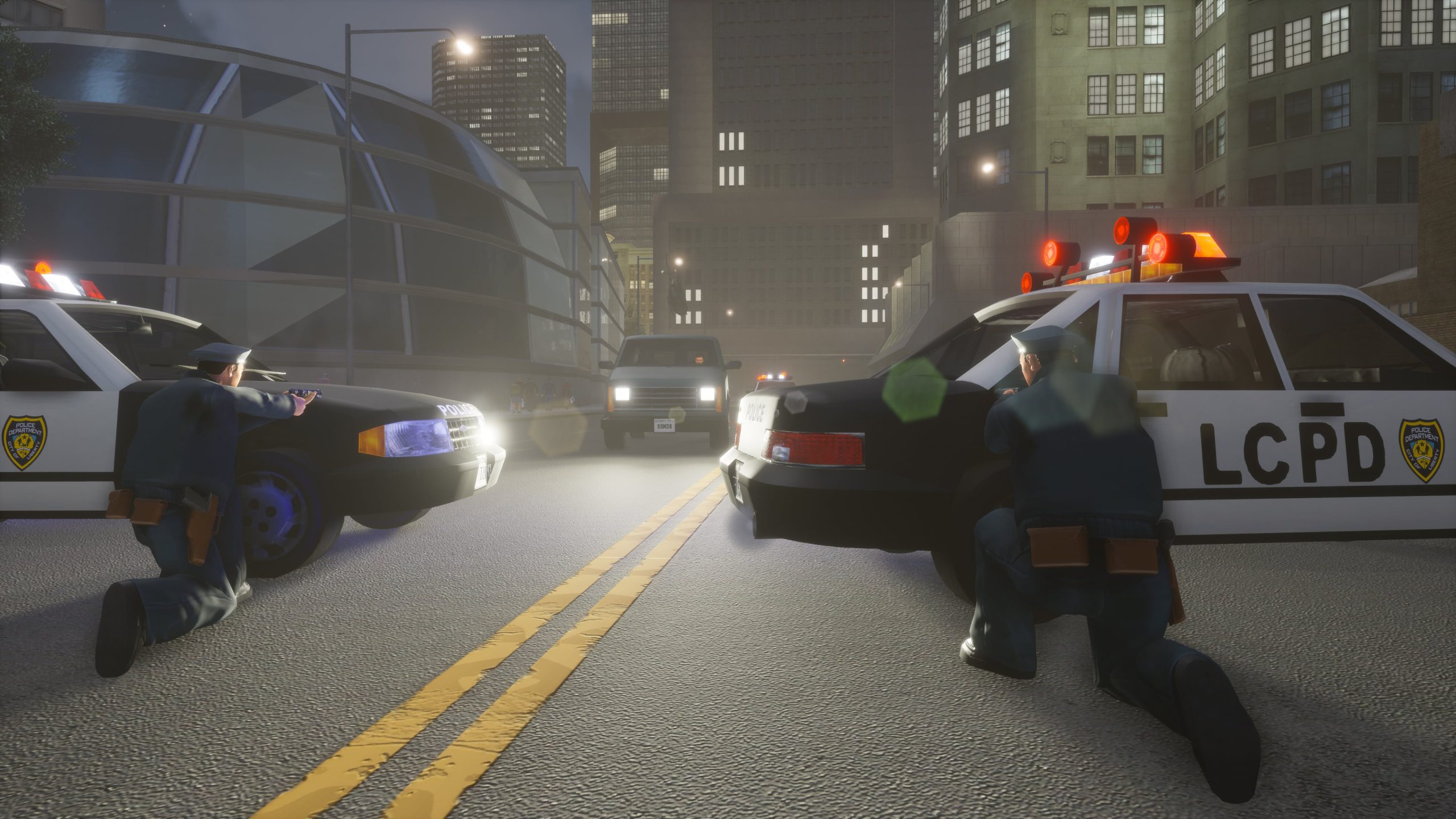 This, thankfully, is another area where the GTA 3 remaster does make expected improvements. NPCs in the original GTA 3 basically didn’t react at all even if you pulled out a weapon and pointed it right in their faces, though that is no longer the case in the remaster. Of course, this is something Rockstar fixed in the Vice City remaster as well, so it’s not surprising to see.