Los Santos is fairly treacherous when starting out so making a quick buck can take time. Fortunately, there are ways to expedite the process. 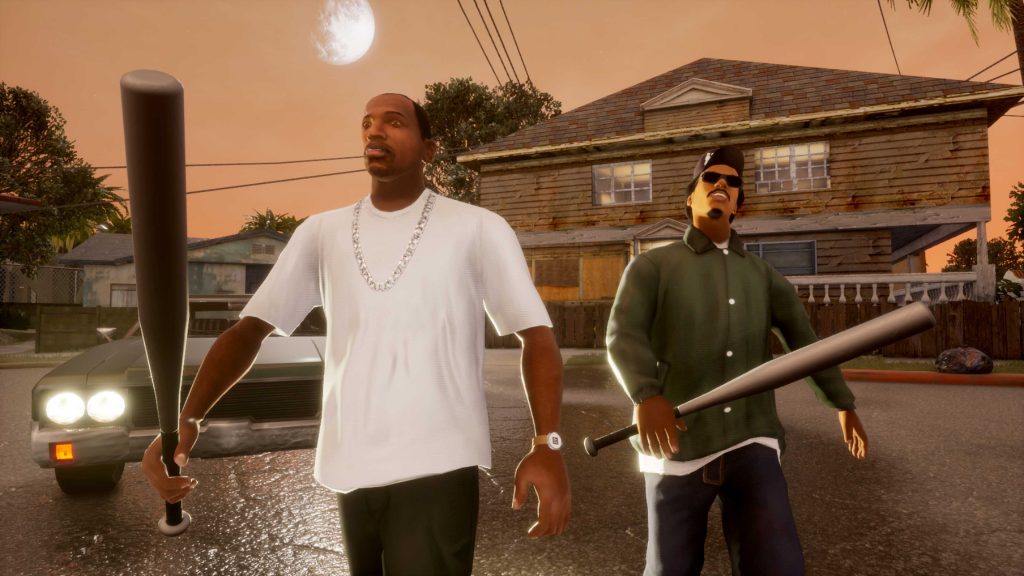 Money is always an important resources in Grand Theft Auto titles, particularly if you want to keep the ammo filled and afford those hospital bills. Earning money in Grand Theft Auto: San Andreas can be somewhat difficult in the beginning and that still rings true in The Definitive Edition. Nevertheless, there are a few key money-earning methods that net good returns.

The most straightforward method is killing dealers, who carry about $2000 or so. Simply wait around and observe any NPC that looks conspicuous. They could be a dealer if another NPC approaches them for something. Kill the dealer and collect the cash they drop. Note that dealers are armed and will fight back (even with just a pistol) so be aware. Also, your Wanted status will go up so be careful not to lose the money you just earned.

Another good method is horse betting. Just head to the Inside Track in Downtown Los Santos under the Mulholland Intersection. Save beforehand and bet as much money as possible on the horse with the lowest chances of winning. If you win, then the returns will be pretty significant. Upon losing, simply reload your save and try again until you win big. In terms of high dividends with the least amount of effort, this is perhaps the best.

Otherwise, one can peruse the different side activities and earn cash through those. When jacking an ambulance, police car, taxi and so on, press down on the Right Stick/Num 2 and you’ll receive a mission. If it’s a police car, then this will be a Vigilante mission while an ambulance must provide medical care. One hilarious way to farm these missions is jack a fire engine or ambulance, park it nearby, commit some crimes that necessitate either (explosions and injuring pedestrians), and then go back to the vehicle to start the activity in question. As you complete more of these activities, they’ll become tougher and offer higher payouts.

Then there are missions that involve burglary. Unlocked with mission “Home Invasion,” players essentially sneak into NPCs’ homes under darkness and steal everything inside. Look for a black van (there’s usually one near Ganton Gym), then press Right Stick/Num 2 to start the burglary mission. From there, you can rob a house, stealing items and garnering lots of money.

Finally, there are Asset Missions. Though they offer money upon completion, the main payoff are Assets, which are buildings that will give you cash upon visiting them. After the mission “Doberman”, the Johnson House will become an Asset that can be revisited for money. For other Assets, Roboi’s Food Mart is a good choice from the beginning and only requires completing four courier missions (whose payouts are roughly $15,000 which also helps).

Upon becoming an Asset, the food mart can accumulate up to $2000 over time. The best part is that it will be available even after Los Santos is closed off to the player following “The Green Sabre” mission.