GTA: San Andreas had its fair share of insane transportation options. If you're keen on unlocking them all (that too without cheats), here's how. 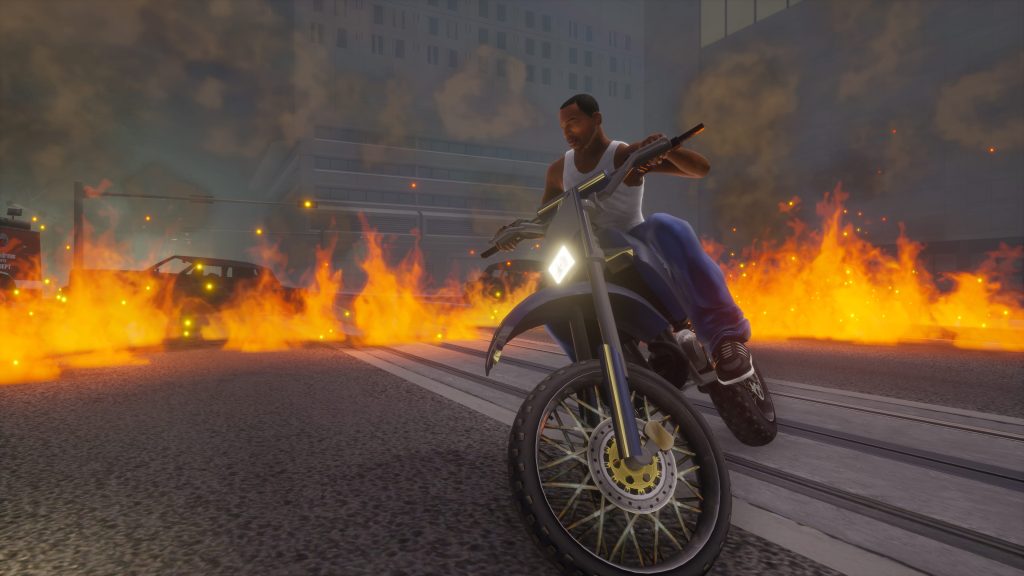 While you could unlock the Jetpack by simply using cheat codes in Grand Theft Auto: San Andreas – The Definitive Edition, earning it legit is also an option.You’ll have to wait until CJ gets the “Black Project” mission at the Airstrip (which occurs roughly halfway into the game). It must be done between 8 PM and 6 AM, and involves infiltrating the secret military base.

To do this, you’ll need to find the control tower in the base and use it to open the blast doors. Avoid being detected by the searchlights – worse come worse, don’t shoot out more than two or the blast doors will be closed. If this happens, look for a vent that will lead into the base’s interior.

When dealing with the various patrolling soldiers, it’s possible to snipe them from afar but you could also use the Thermal Goggles to detect and avoid them. Once inside, disable the base’s defenses – this will be key to your escape. Next, look for a keycard (there will be a scientist who hands it to you) and access the Black Project – which is the Jetpack – in the launch bay.

The Jetpack is capable of ascending (with X/Right Trigger/Spacebar) and descending (Square/Left Trigger/Shift), with the Left Stick/directional keys being used for movement. Hold B/Left Mouse Button to fire a weapon while flying with the Jetpack. To remove it, descend until you’re on the ground and then press Triangle/Y/F.

Once you obtain the Jetpack in the mission, the alarm will trigger. Use it to escape to Arco del Oeste. The Truth will be waiting and takes the Jetpack but don’t worry. Return to the Airstrip to receive the “Green Goo” mission next. This one is fairly straightforward – you’ll assault a train while using the Jetpack and after taking out the guards, search for the Green Goo in question. Shoot the crates until you find a jar with the Green Goo inside. Take it, escape and return to The Truth.

Once this is done, the Jetpack is now permanently unlocked and can be found near the AC Tower in Verdant Meadows airfield.

How to Unlock the Hydra

The Hydra is your standard harrier with VTOL capabilities and while it may take a while to unlock it, the destructive power can’t be underestimated. First, you need to complete the mission “Vertical Bird” which involves infiltrating an assault ship in the Easter Basin Naval Station, stealing the Hydra and using it to destroy some spy ships. Sneaking through the ship is the best option but you can also go in guns blazing, if desired.

Once you have access to the Hydra, use it to take down any pursuing ships, then make your way to the flotilla of spy ships. Since it has VTOL capabilities, the Hydra can ascend and descend (using the same controls as the Jetpack). However, you can also shift to plane mode by pressing the Right Analog Stick/Num 2 and then pressing forward on the stick (or simply pressing Num 8 on keyboard).

After taking down the spy ships, you’ll then fly the Hydra back to the Verdant Meadows airfield. Once this is done, it will be permanently available at the airfield, though you can also find one in Easter Basin Naval Station and the secret military base where you got the Jetpack.

All Special Vehicles and How to Unlock Them

Besides the Jetpack and Hydra, let’s take a quick look at all of the other special vehicles in the game and how to permanently unlock them: