Griftlands Launches for PC on June 1st, Coming to Consoles on June 4th

Griftlands has been in Early Access since last June, and was released in an alpha state on the Epic Games Store in 2019. 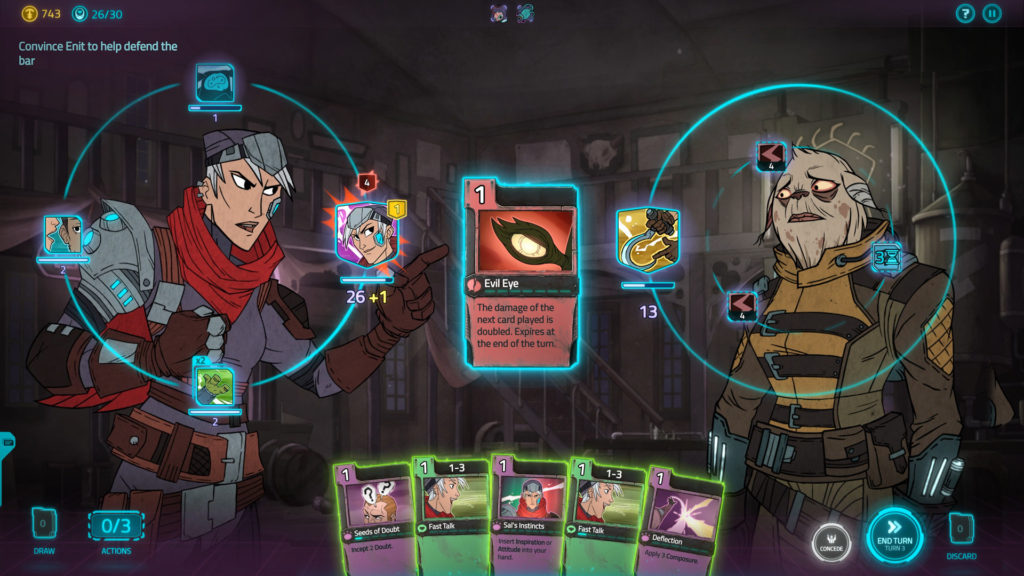 Griftlands has been available in Early Access for quite some time now, was available in alpha before that, so developer Klei Entertainment has had a lot of time to listen to feedback as it continues to develop the game. That strategy seems to have paid off, as Klei Entertainment has announced that the game will exit Early Access and officially launch on PC on Steam and the Epic Games Store on June 1st.

The game will also be coming to consoles, according to Klei, just three days later when it will release on Nintendo Switch, Xbox One, and PS4 on June 4th. According to the developer, “Griftlands is a deck-building rogue-like where you fight and negotiate your way through a broken-down sci-fi world. Every decision is important, be it the jobs you take, the friends you make, or the cards you collect. Death comes quickly, but each play offers new situations and strategies to explore.”

Klei went on to thank the community for all its help during the game’s development, writing “We owe a huge debt of gratitude to everyone who played the game before launch and helped us polish, tune and fix bugs. There are way more card and story interactions in this game than our team could ever hope to wrap our heads around on our own – we really do rely on the community to show us what parts were working and which parts needed more work. Every time you hit F8 during the past two years, you’ve helped to make this game better. “