Grim Fandango Remastered has us a bit excited. 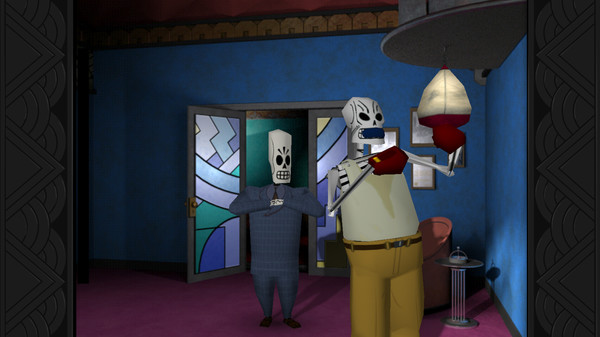 Sony just made it’s official PS Plus games announcement and the lineup is being headlined by the PS4 games, Grim Fandango Remastered and Hardware: Rivals. Meanwhile, those who have a PS3 will be able to download Medal of Honor: Warfighter. Vita owners are going to have access to Nihilumbra and Legends of War: Patton.

Hardware: Rivals which is a sequel to the 2002 game Hardware: Online Arena. That title was one of the first online multiplayer games in any genre to come to the PS2. The racer/shooter allows players to pick either sturdier, but slower tanks or a quicker and more nimble fast attack vehicles. The faster vehicles have less armor and it’s up to you to decide how best to play a variety of different modes including Team Deathmatch, Deathmatch, or Domination, as well as various single player activities. Rivals: Hardware actually offered up an open beta to PS Plus subscribers back in October so it’s a decent bet you’ve already gotten your hands on the game and know whether you want to download the full version.

Unlike recent months, it doesn’t appear that any of the games on offer are going to have cross play abilities so you’ll need to have all three platforms in order to get all six games for free. The January PS Plus games will go live next Tuesday, January 6 which gives you just about a week left to download the games currently on offer including Gauntlet: Slayed Edition and King’s Quest-Chapter 1: A Knight to Remember for the PS4.