Rockstar currently focused on "other ideas" for GTA Online. 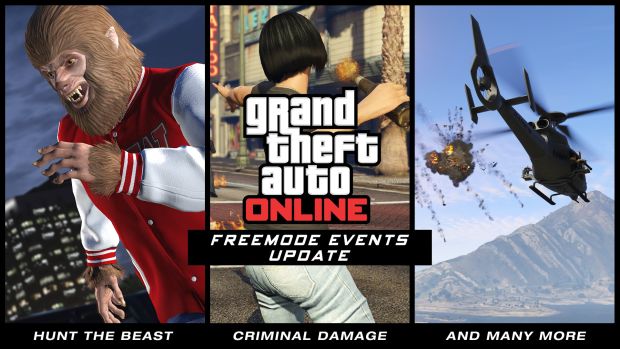 Rockstar announced several important changes to Grand Theft Auto 5 and GTA Online yesterday – it announced a release date for the Rockstar Editor on PS4 and Xbox One, Freemode Events and the lack of future updates for PS3 and Xbox 360 going forward.

However, in an interview with IGN, design director Imran Sarwar said that there won’t be any single-player DLC any time soon. ““Right now our focus is on GTA Online which has exceeded our expectations. We currently have all key members of the team that launched Grand Theft Auto V focused on supporting GTA Online in every capacity.”

Given that 8 million players are logging in each week, it’s understandable. However, online players shouldn’t expect new Heists any time soon either. “Heists have been a huge success, and they really revitalized the GTA Online community. Heists encourage people to play together while giving them the chance to earn serious amounts of cash.

“However, as we’ve said before they were also a lot harder to make than we initially thought they would be, and it took us multiple tries to come up with the design that we eventually launched – but we believe and hope it was well worth the wait for everyone. They were a tremendous undertaking and for now we have other ideas for GTA Online that we’re working to deliver.”

One will hope that the Freemode Events gain traction since they look fun – they’ll be out next week so stay tuned.