When Guacamelee! released earlier this year on the PlayStation 3 and PlayStation Vita, it was something of a revelation. The quirky 2D Metroidvania instantly became a hit with reviewers, garnering acclaim for its great sense of humor, its incredible artstyle, its combat, production values, tight platforming… basically the full package was stunning.

Now, after just a few months of PlayStation exclusivity, the colorful worlds of Guacamelee are coming to PC via a Steam release; the Steam version, entitled the ‘Gold Edition,’ includes the full original game, as great as it ever was, in addition to some neat new bonuses, such as full support for the Steam workshop, the inclusion of all the DLC with the game, and support for other Steam specific features such as trading cards.

In addition, it also allows you to fully remap the keyboard controls of the game to your liking, so that the core gameplay is not compromised. In other words, DrinkBox Studios took a package that was already pretty hard to resist, and then they made it even more tempting. 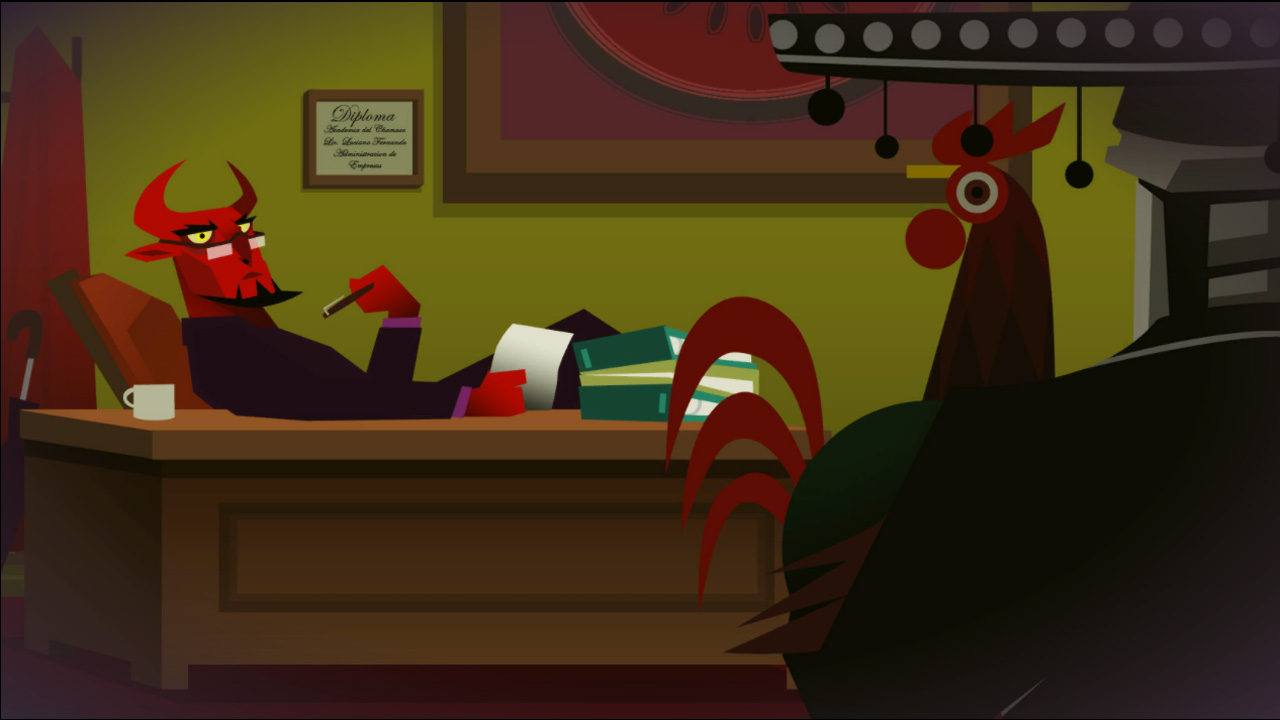 For those who never got to play the original game, Guacamelee! has a simple enough premise- you’re Juan Aquacave, a farmer in Mexico. When your love interest, the daughter of the President, is kidnapped, a series of events ensue that ultimately leave you equipped with the luchadore, which allows you to kick all sorts of butt. The entire ‘rescue the kidnapped princess’ motif for a video game is three decades too tired at this point, even as an homage, but it works, because after setting the story up, it fades into the background to accommodate the true point of the game, which is the gameplay proper.

"The gameplay itself is a modern recreation of classic franchises like Metroid and The Legend of Zelda, but amazingly enough, while it channels the old classics incredibly well, it also maintains its own identity."

The gameplay itself is a modern recreation of classic franchises like Metroid and The Legend of Zelda, but amazingly enough, while it channels the old classics incredibly well, it also maintains its own identity. A large part of this has to do with the game’s inimitable charm, and its wonderful art style, which adds so much character and soul to the game. The art style can only be described as eye popping, and by itself is almost reason enough to play the game.

It’s complemented by some incredibly witty dialog, replete with references to video game pop culture, along with a great, catchy soundtrack. All of this is also aided by the game’s brisk, lightning fast 60FPS frame rate, that ensures nothing interferes with your enjoyment of all the action on screen, and how it is presented. It ensures you enjoy the gameplay without any issues. 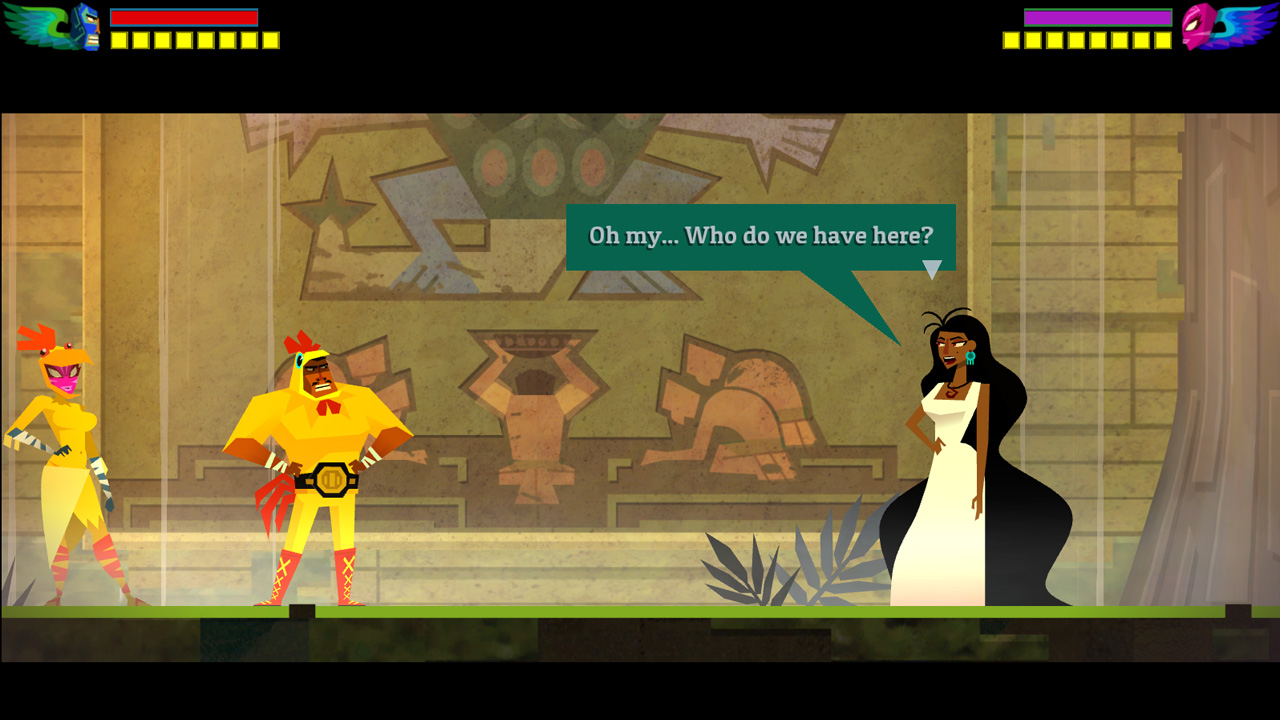 And yes, the gameplay is wonderfully enjoyable- like the dialog of the game, it evokes The Legend of Zelda and Metroid. It has you traversing various parts of the game world from a central hub, battling it out with various enemies, and getting upgrades from a goat farmer and his ‘Choozo statues’ (a cookie if you recognize that reference).

"The actual central platforming is tight and a joy to play through, although it remains surprisingly forgiving. "

The actual central platforming is tight and a joy to play through, although it remains surprisingly forgiving. It is made better than ever now, thanks to the full flexibility that Guacamelee! Gold Edition’s fully re-mappable keyboard controls afford you with.

Of course, since the actual core game remains the same, the problems with it are also the same, just as its core strengths remain the same- it still, for example, often gets a little repetitive, as you traverse the same regions and dispatch the same enemies over and over again. The co-op play here remains as under utilized and disappointingly half baked as it was in the vanilla, PlayStation edition of the game. 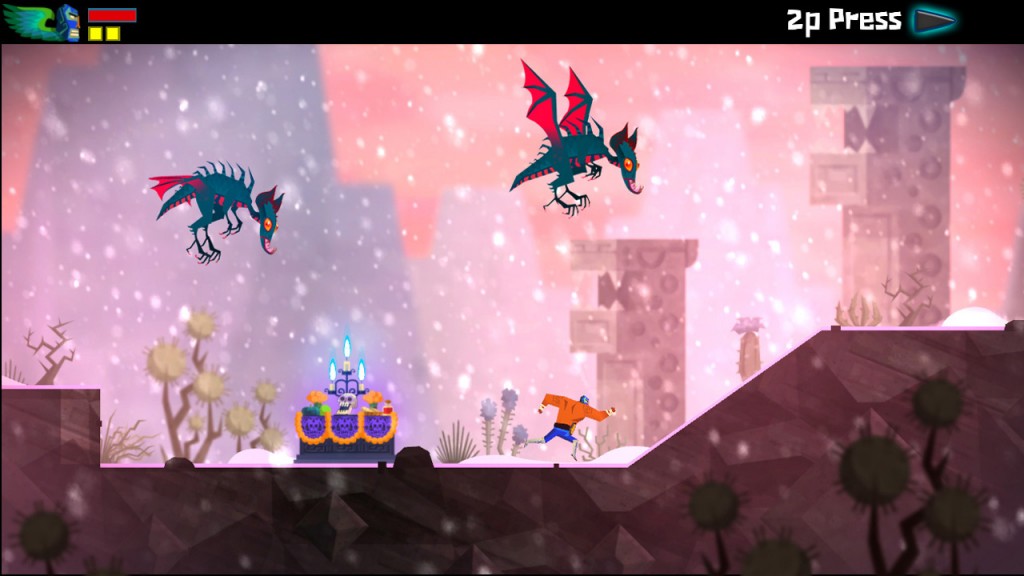 One issue of the original game, that being its length, has been addressed with Gold Edition, thanks to its inclusion of the ‘Devil’s Challenge’ DLC. It’s still a short game, overall, but then, it’s not as short as it was before, and more importantly, shortness is an overall shortcoming of the genre, as opposed to the game itself.

Ultimately, Guacamelee! is as recommended now as it was then, probably more because all the additions to the PC version add to the core package so much. It is a delightful, charming Metroidvania, that is recommended to anyone who wants to play a challenging and yet oddly relaxing game, a game that is more about the mechanics than context, and yet still doesn’t eschew production values. It’s a great game, a seminal example of an indie game done right, of an homage done right, of design over context, substance over style.

Too short, co-op play remains disappointingly underutilized, the game tends to get boring because of repetition sometimes

Now more than ever, Guacamelee! is a game that is recommended to everyone, especially in its PC exclusive Gold Edition avatar.