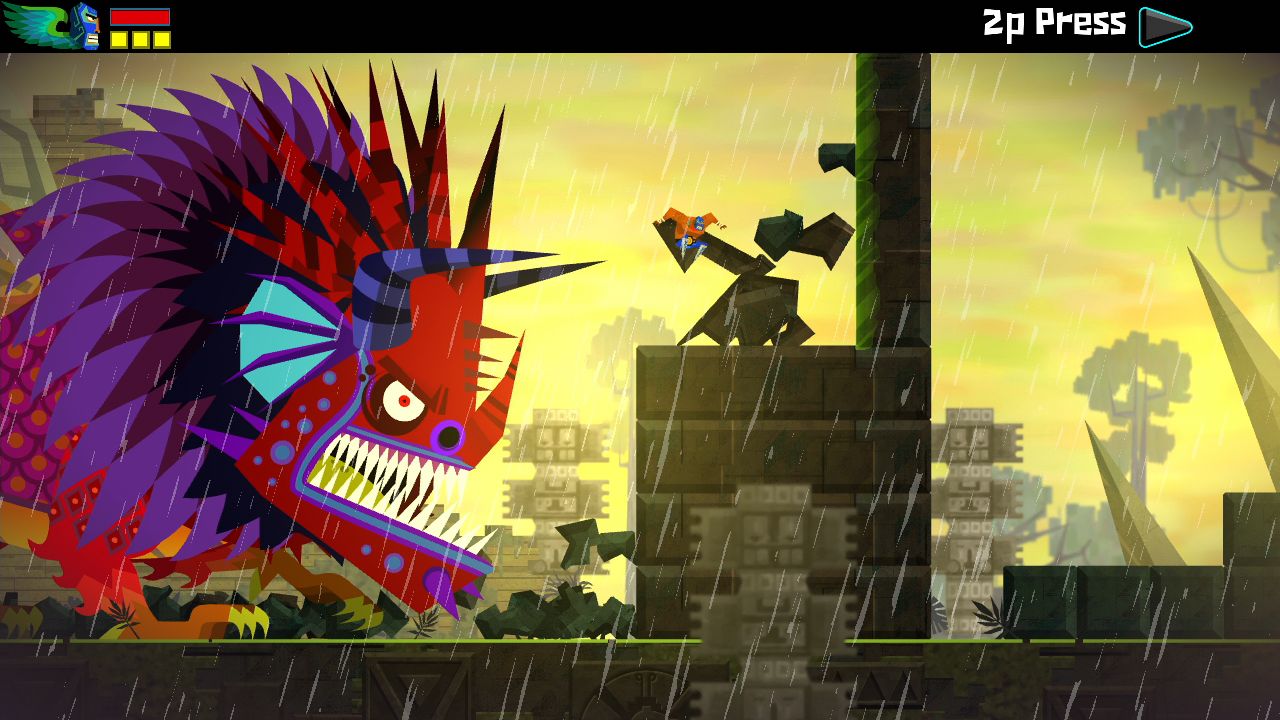 Indie title Guacamelee was quite the trip down memory lane – if its action adventure style of play didn’t excite you, then there were tons of references for numerous games that would’ve. Available for the PC, PS Vita, PS3 and Xbox 360, Drinkbox Studios apparently indicated to IGN that it would also be releasing on PS4 and Xbox One.

The story has since been taken down but in it, designer designer Chris McQuinn stated that the game would be arriving on both consoles with two new worlds, a new move (the chicken bomb), new enemies and of course, improved visuals. Drinkbox has declined to comment on this announcement since then.

Given the indie push that the PS4 has received, not to mention that Xbox One’s ID@Xbox indie development program will be releasing its products in early 2014, we can’t say it doesn’t make any sense to have Guacamelee on next gen consoles. Would you be willing to pick it up if it were? Let us know in the comments below.