Here's what you need to know about Arc System Works' latest fighter.

Originally slated for April, Arc System Works’ Guilty Gear Strive is set to release on June 11th for PS4, PS5 and PC. While boasting some incredible visuals, the sequel also brings a host of changes to the series’ combat, online play and much more. Let’s take a look at 15 things you need to know before buying it.

The story of Guilty Gear has revolved around Asuka R. Kreutz aka That Man who created the Gears. Following the defeat of Universal Will, Sol Badguy learns that Kreutz has surrendered himself to the US Government. While his ultimate plan remains unknown, Sol will still take the opportunity to exact revenge and bring their story to an end. Arc System Works has hyped up the Story Mode as being a conclusion to the long-running arc.

There’s also Arcade mode where players can battle with each character and experience their perspectives. Based on one’s performance, various branches and routes can open up, providing some replay value. How this differs from the main Story Mode – along with how the “Another Story” DLC ties in – remains to be seen though. 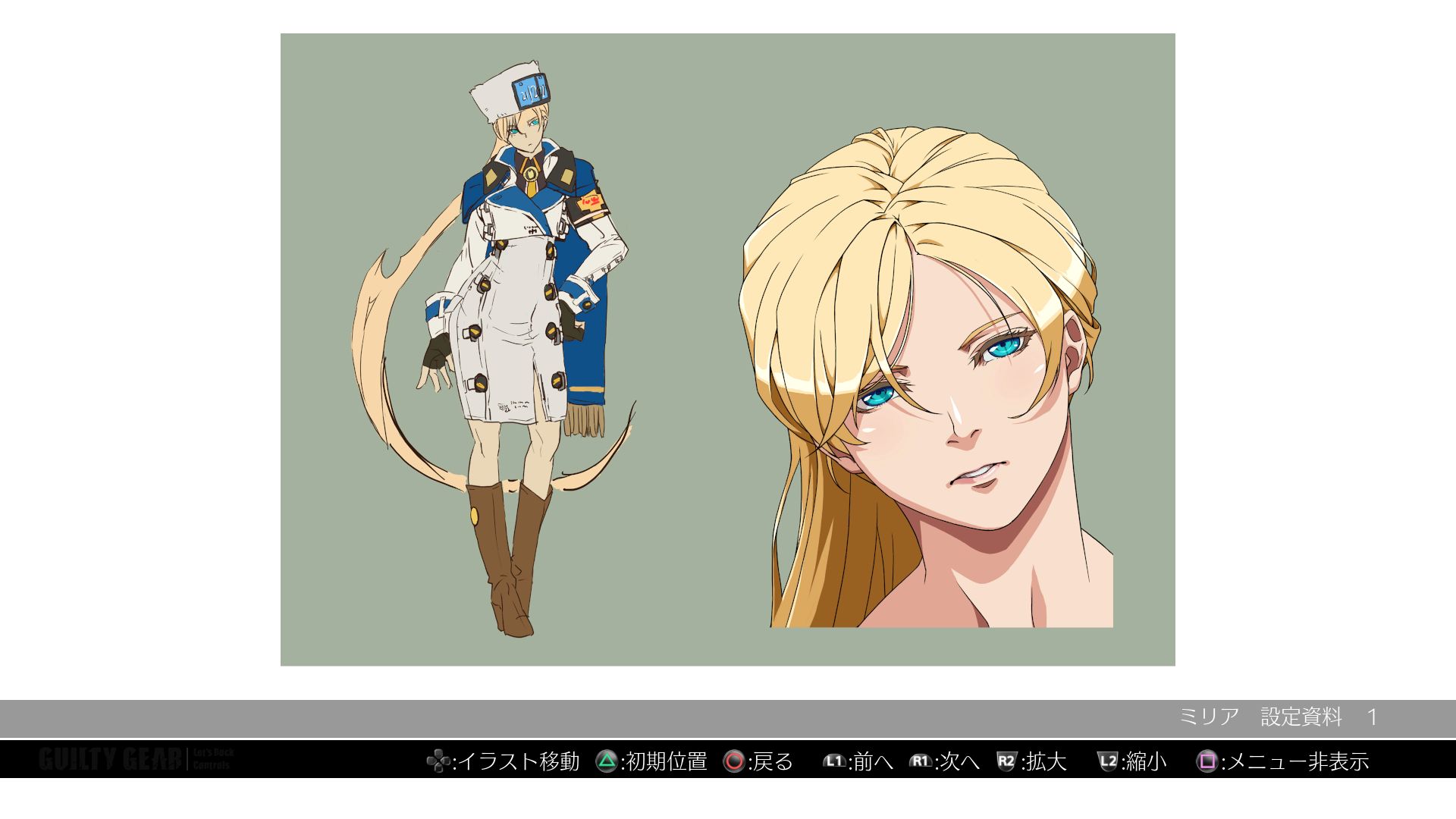 If you want to learn the history of the entire series, then GG World should sate your curiosity. This mode includes a Chronology for all events along with a Glossary to read up on the various characters. A Correlation Map is also provided so you can see the relationships between everyone. Gallery Mode should also be worth checking out since it includes trailers and music from previous titles, character artwork, environmental art and much more.

With 15 characters at launch, Guilty Gear Strive‘s roster is composed primarily of returning fighters. These include the likes of Sol Badguy, Ky Kiske, Zato-1, Ramlethal Valentine, Leo Whitefang, Chipp Zanuff, I-No, Potemkin, Faust, Millia Rage, May and Axl Low. Even Anji Mito, who hasn’t been playable since Guilty Gear X2, makes his return. New characters include Nagoriyuki and Giovanna, the former being a vampire samurai that enhances his attacks with blood while the latter fights with Rei, a wolf spirit.

Tutorial and Training Modes are available to help learn the ropes. The former is more about familiarizing the player with different inputs while the latter features recordings, combo recipe saving and AI difficulty settings for sparring in a more free-form environment. Oddly enough, feedback from previous betas indicated that the Tutorial Mode doesn’t provide much information on game mechanics. Though Arc System Works will “brush up” on this, it seems that the mode will remain this way for the foreseeable future. 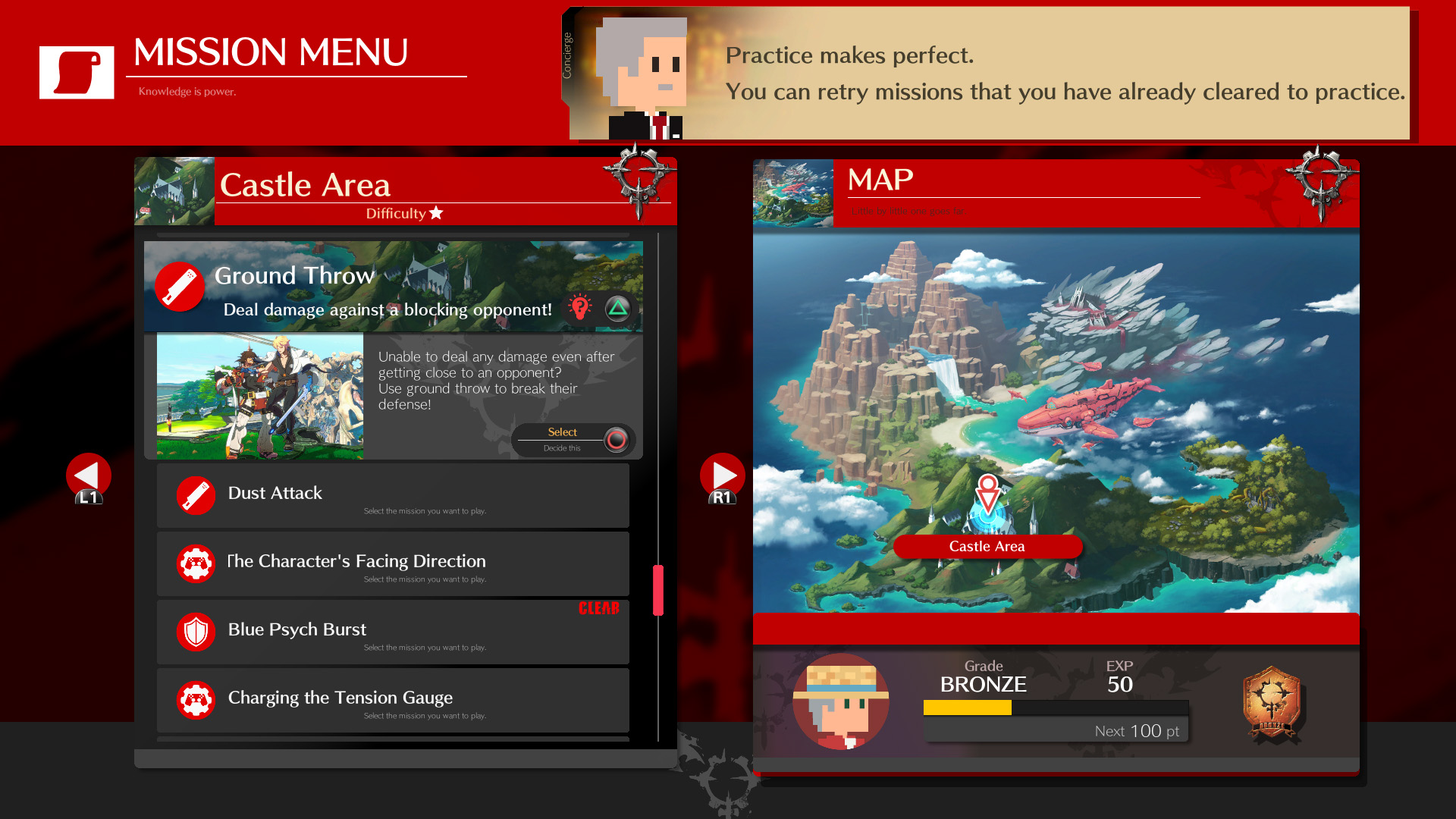 Thankfully, you can practice more complex mechanics in Mission Mode. Different missions are available for learning techniques (like Psych Bursts, Dust Attacks, throws and so on) and combos. Clear enough missions and you receive Proficiency Points to unlock presentations for more detailed guides. There’s also the classic Survival Mode where players battle against AI opponents while having limited health. Some health is recovered after each win while a tougher opponent can appear at certain points. Perform well enough and you might earn a spot in the online leaderboards.

In terms of gameplay, Strive represents the biggest shift in the series yet. Danger Time and Blitz Shield/Attack are out; the Gatling System no longer allows for canceling into heavy attacks; and the damage and hit-stun of counter-hits has been increased (with the R.I.S.C. Gauge continuing to play a part). Chip damage and the ability to dash have also been added. Though this results in a more streamlined system, there are still plenty of interesting mechanics to play around with.

Roman Cancels also return, allowing players to cancel out of an attack and return to the neutral stance, thus allowing them to follow up with other moves or combos. In Strive, using it on an opponent within range will slow their movements slightly. Each Roman Cancel consumes 50 percent of the Tension Gauge and depending on the color, different effects are produced. Red will make the opponent move up slightly; Yellow knocks back the opponent and is created when blocking; and Purple occurs during an attack’s recovery frames. A Blue Roman Cancel will occur when using a Roman Cancel without attacking.

A brand new mechanic is the Wall-Break. Hitting an enemy into either corner of the stage can cause them to stick to the wall. Continue attacking them in this state and they’ll break through, taking a large amount of damage while also transitioning to another part of the stage. Using this in tandem with new status effects changes up the dynamic of matches significantly while adding some very hype moments into the mix.

To help appropriately match players of the same skill together online, there’s the new Tower system. Based on one’s skill level, you’re assigned to a floor. Win enough matches and you can ascend to the next floor. Of course, you’ll find tougher opponents as you go further up with the top floor being reserved for the very best in the game. 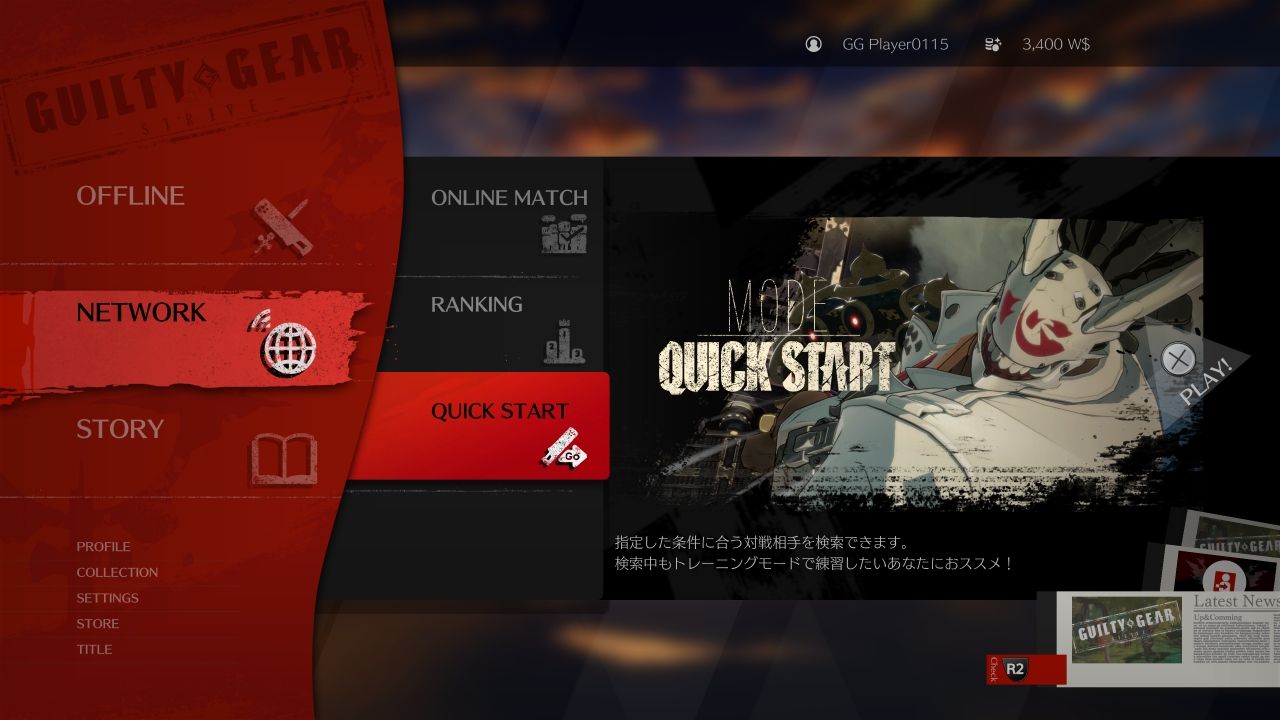 Each floor in the Tower represents a different Online Lobby where you choose an avatar, set your character and engage others in matches. Unfortunately, its implementation in previous beta tests has been far from ideal. To that end, Arc System Works is adding rematch options, more visible areas for matches, dashing for avatars, expanded areas in the Lobby and much more.

Those who just want to get into a match without the Online Lobby can use the Quick Start feature from the main menu. You can also create Player Match rooms with different settings like for the opponent’s strength, organizing a training environment and so on. Rooms can accommodate up to nine players in total.

The other big change with Guilty Gear Strive compared to previous Arc System Works titles (with the recent exception of Accent Core Plus R) is the implementation of rollback netcode for online play. The response from the first open beta has been universally positive with players across regions having little to no issues. While matches across much larger distances won’t be absolutely flawless – and it still comes down to one’s connection quality – Strive is already promising some of the best netcode implementation in fighting games yet. 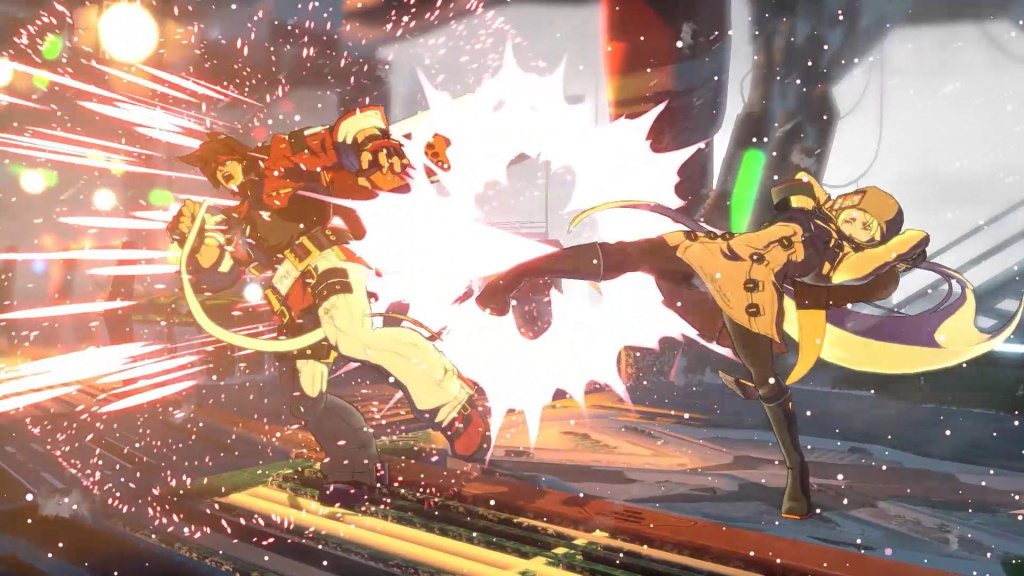 On PS5, Guilty Gear Strive runs at a crisp 4K/60 FPS, as seen in the first beta. Analysis of the PS4 version revealed a 60 FPS frame rate but a 1080p resolution on PS4 Pro and 1536×864 resolution on base PS4. It’s possible that the output resolution will be increased for PS4 platforms by launch but any major leaps seem unlikely. The PS4 version can be played on PS5 with a maximum output resolution of 1080p. However, those who own that version can upgrade to the PS5 version at no additional cost. 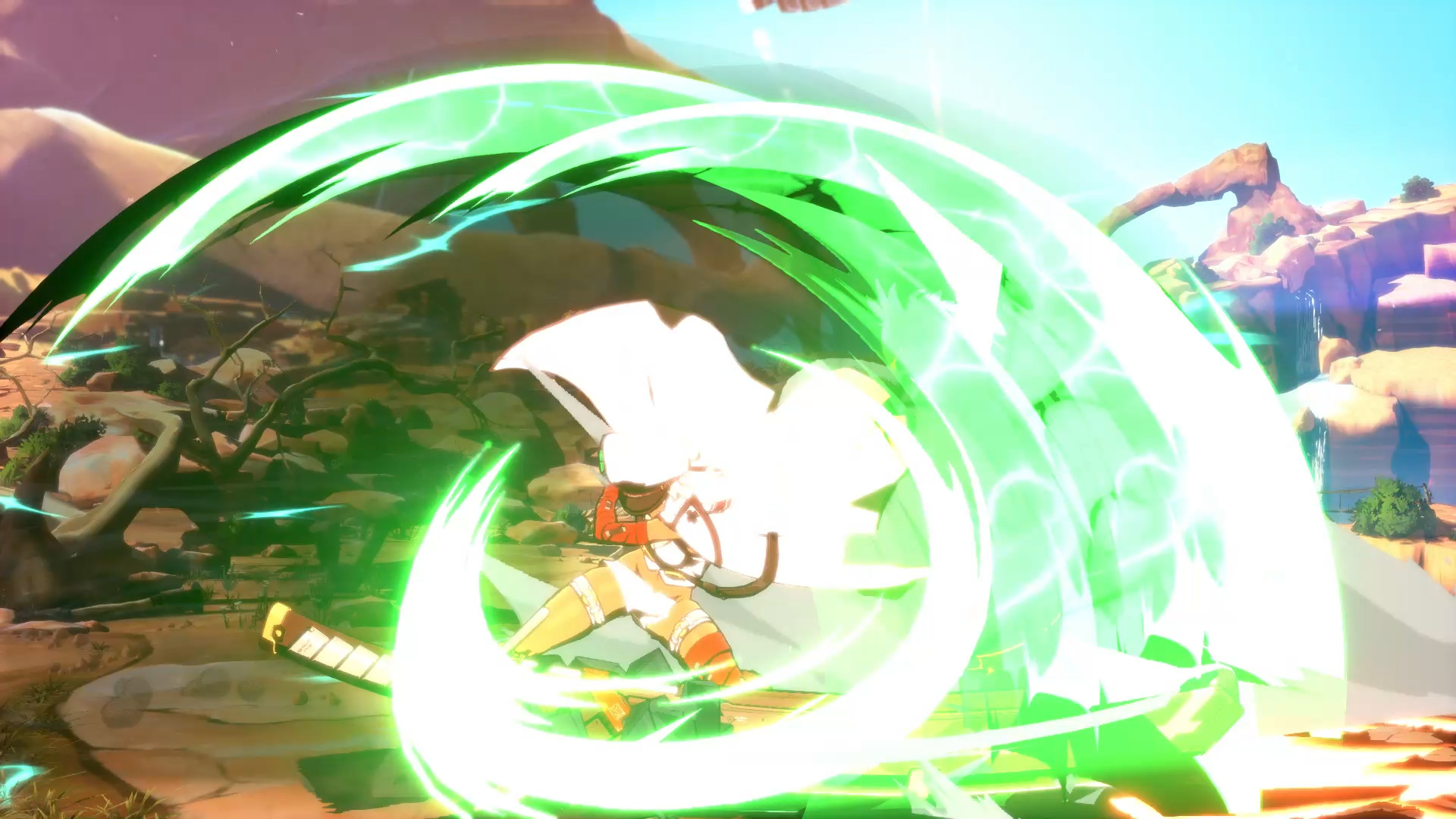 That 60 FPS performance across all PlayStation platforms makes even more sense considering crossplay. Arc System Works has confirmed plans for crossplay between the PS4 and PS5. However, PC is unfortunately not supported, which means Steam players cannot duke it out with those on consoles. 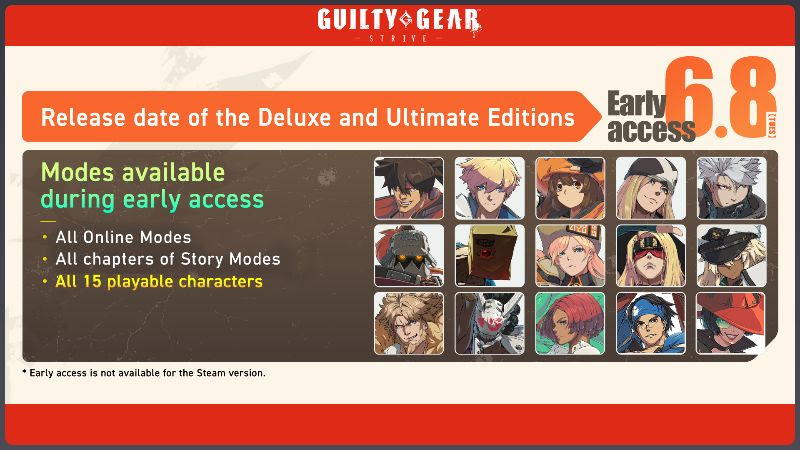 Available only on consoles, the Ultimate Edition includes the same content as the Deluxe Edition along with a digital soundtrack with 55 songs, including over 15 vocal themes like Smell of the Game; digital artwork from each title and several unreleased illustrations; and an additional color pack for outfits with black and neon blue highlights for each character. Everyone who purchases the game before June 25th will also receive Special Colors for Sol and Ky which flips the looks for both characters along with the elements for their attacks.

It’s also worth noting that early access will provide access to all game modes and characters, as opposed to previously when some content was locked off. 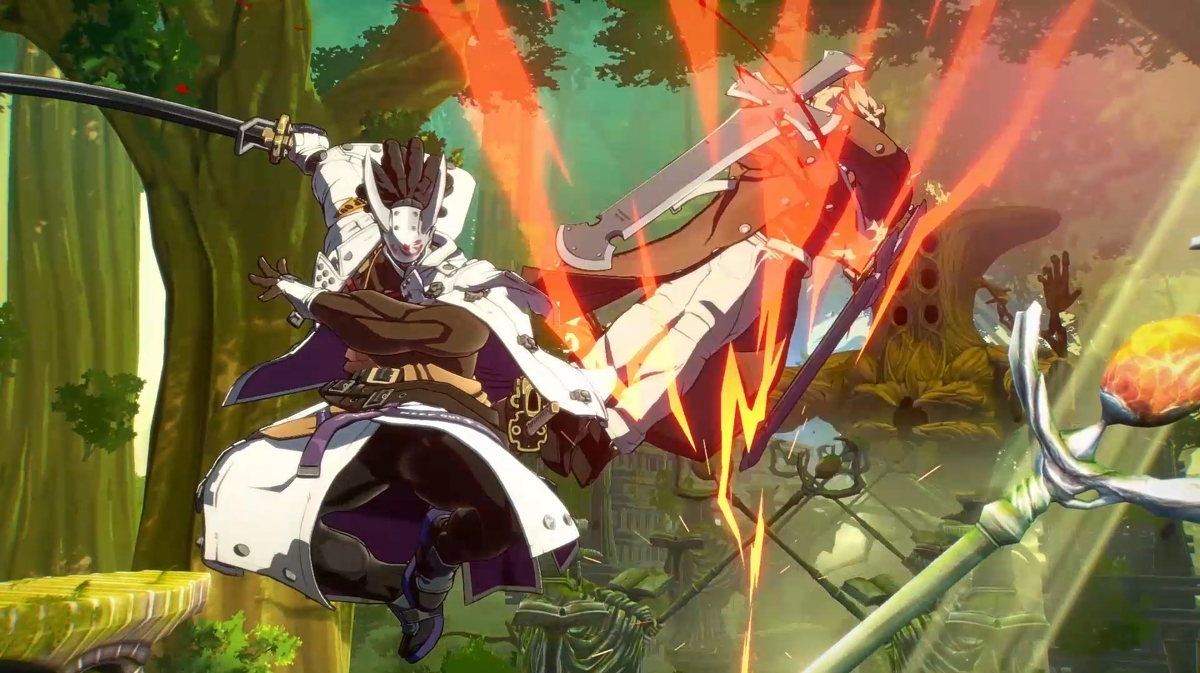