More songs to choose from when the game goes live! 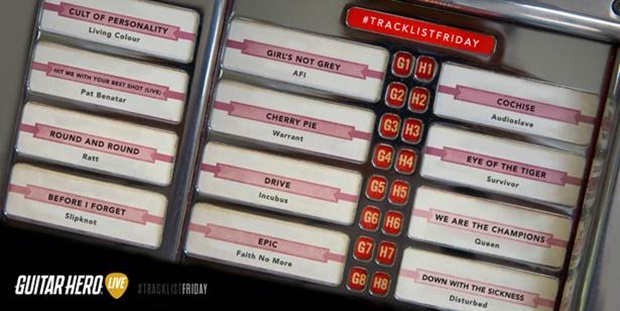 With just two weeks to go before Guitar Hero Live goes live, Activision and FreeStyleGames has unveiled even more songs that will be included in the full game when it’s finally released. As the company says, this list is comprised of a number of classics that have already appeared in previous versions of the game. Back in May, the developers revealed the first 34 songs that are going to be included in this title.

FreeStyleGames also announced they were rolling out their own Spotify playlist and all the songs in this particular list will be playable in the game. The company says they will be updating the this playlist sporadically as we get closer to the final game release. The songs that were officially unveiled on Friday includes the below.

This is actually a pretty small selection of the songs that are going to be in the final product. Those that are excited for the newest installation of the series can take heart that they’ll be able to play the game on a massive number of different platforms. Guitar Hero Live is set to release on all current consoles as well as mobile platforms iOS and Android on October 20 in the United States and October 23 in Europe.