Tweet
Share
That VideoGame Blog has reported that the man who voiced lead antagonist,Dr Wallace Breen, in Valve’s fps Half Life 2 has died at the age of 79.

Actor Robert Culp was rushed to hospital around 11am on Tuesday 24/3/10, after being found unconscious outside his Los Angeles home by a jogger. A preliminary investigation has concluded “his death is accidental and there appears to be no sign of foul play”. He was pronounced dead shortly after arriving at Queen of Angels Hospital, and an autopsy by the LA Coroner is pending.

Culp was born on the 16th of August, 1930, and over his career spanning more than fifty years has acted in film, television and other media. He is perhaps best known for co-starring alongside Bill Cosby in the hit 60’s espionage series ‘I Spy’, although more recently he has lent his vocal talents to the 1993 videogame Voyeur, and of course Half Life 2 in 2004. He was also involved in environmental activism when he campaigned against the addition of an elephant exhibit to the Los Angeles zoo, although city officials since decided to press ahead with the project.

He leaves behind five wives, three sons and two daughters. The Los Angeles Times is soon to publish a full Obituary. 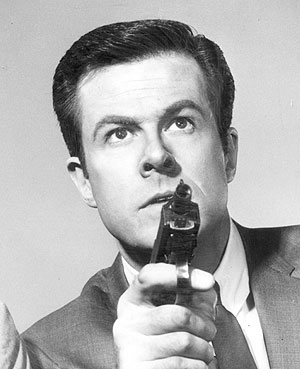