Posted By Kartik Mudgal | On 27th, May. 2012 Under News | Follow This Author @KartikMdgl

We have a bunch of screenshots and a blurry video from Halo 4. I know, it’s probably not a good showcase for the game, but I figured people would be interested to see what it looks like.

These screenshots were leaked on Reddit, and this is what the title said: “PRE-RELEASE BUILD Sorry for the horrible quality, trying to show proof without getting my brother in trouble :[“. That account doesn’t exist now on Reddit, but hey, check out the screenshots below.

Also embedded is a blurry video which shows some gameplay, and kinda resembles Halo: Reach a lot. The game will be released in November exclusively for the Xbox 360. 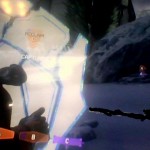 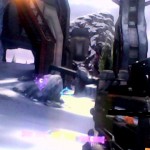