Frank O’Connor also talks about “new ways to think about gaming” with Halo 5. 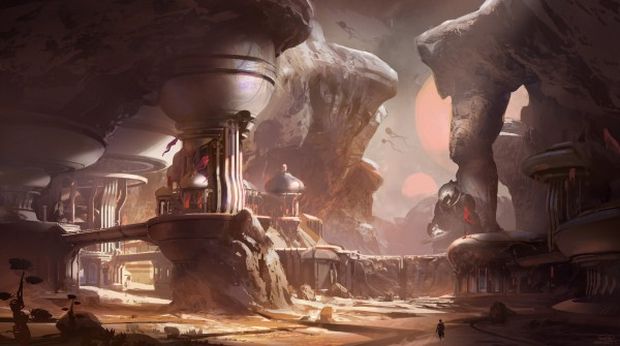 Microsoft and 343 Industries have finally revealed Halo 5: Guardians and announced that it will be out on Xbox One in 2015. The developer also recently released a new piece of concept art for the game which showcases an outpost located within a desert canyon.

Over on Halo Waypoint, franchise development director Frank O’Connor stated that, “Getting the Halo 5: Guardians announce out of the way is a big weight off our shoulders. This audience has correctly stated and assumed that you can’t necessarily squish a full Halo game into anything less than a three year development schedule – and at least up to and including Halo 5: Guardians, that’s more or less true.

“We’re not just making a new game in that three year span, we’re also making a new engine. During the development of Halo 4, we pushed the Xbox 360 and the engine to its limits, and we were happy with the way we were able to make the Halo universe look.

“The Xbox 360 still has a few tricks up its sleeve, even now. We are moving to a whole new platform with the Xbox One – a new architecture, new graphics hardware and bluntly some new ways to think about gaming, period.”

343 Industries general manager Bonnie Ross also promised “special plans” for E3 2014, which will likely be the reveal of Halo 2 Anniversary for the Xbox One. What are your thoughts on the game? Let us know below.