Earn REQ packs with certain numbers of victories for a limited time. 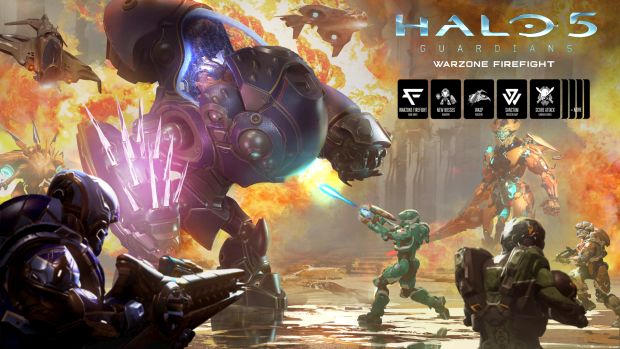 Halo 5: Guardians’ latest update – and reportedly it’s largest till date – is here with Warzone Firefight. This adds an eight player co-op mode to traditional Warzone maps where players can use REQs to battle AI opponents. Check out the full patch notes here for more information.

New maps have also been added for different modes. Warzone is receiving Attack on Sanctum, Warzone Assault will receive Prospect and Arena gets the new Molten map. Forge is also receiving a new canvas with Tidal. That’s not including new elements being added to Forge along with Score Attack being added to the Campaign and various new REQs, armour sets and so on being added.